The drive today was short, a mere three hours inland to Nazca. The landscape was desert all the way though the large sand dunes slowly disappeared to give us a more arid and flat landscape of white sands and dust. There was the odd area of green, irrigation providing farming opportunities.

Before reaching Nazca we stopped at a three story viewing platform that gave us an opportunity to see a couple of the Nazca Lines, in this case the hands and the trees. The Nazca Lines are gigantic drawings that have been carved into the earth over a large area of dry plain. No one knows who made the carvings or why, it’s not even possible to see then unless you’re at an elevated position or ideally flying above. 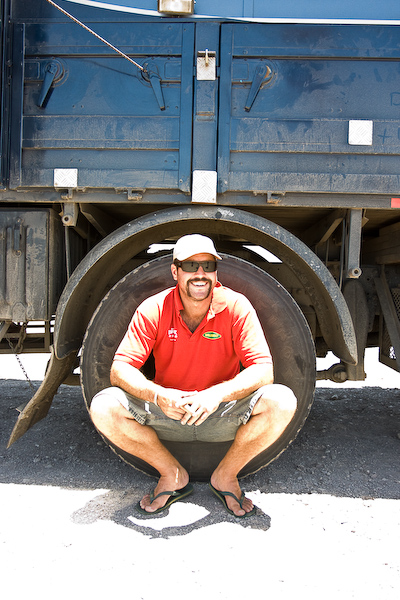 Rhys relaxing while we climb the viewing platform 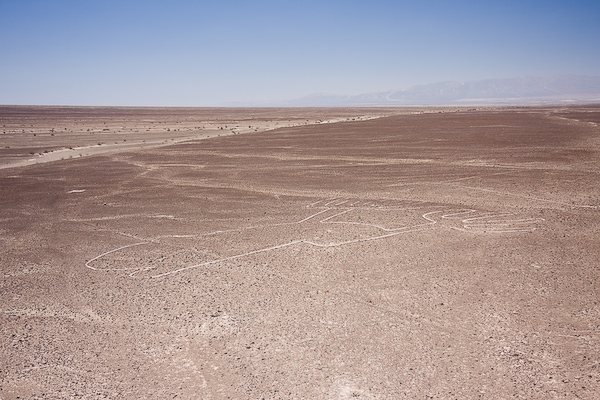 The hands from the platform

The view was good and we could see small aircraft flying around taking tourists on sightseeing flights; most of us would soon be doing the same thing. There were a few stalls selling things and we had a look around before getting back into Tranquilo. We arrived at the hotel around lunchtime and had time to set up our tents in the grounds before the first group went off for our flights.

Much like our flight over the Okavango Delta in Botswana these planes were tiny six seaters and after that experience Keryn and I had taken motion sickness tablets. At the small airport were split into two smaller groups of five each and soon enough Keryn, Rhys, Angie, Janet and I were heading out on to the tarmac and getting into our little plane. I got to sit in the co-pilot seat and I think I was a little lucky as I had a nice if small breeze for the flight. 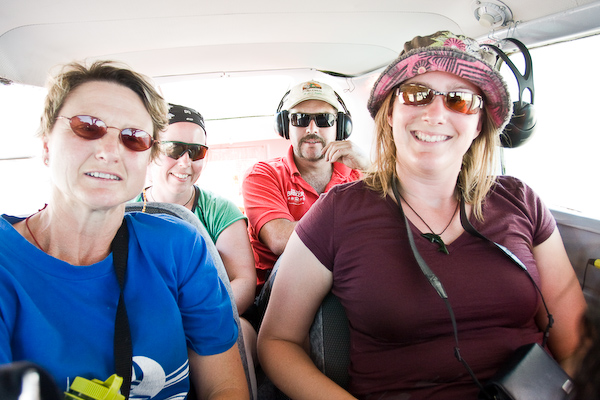 Happy campers in our plane

We took off, seeming to just bounce into the air, and headed for the lines. We saw twelve different carvings, all stylised artwork depicting such objects as a hummingbird, a spider and strangely something that looks very much like an astronaut. The pilot was constantly pointing out carvings and circling over each one, first to the left and then the right so everyone got a good view. Janet had been tossing up whether to come along and her fears were proven when she threw up about half way into the flight. Rhys, sitting next to her, spent the rest of the flight fighting the urge to also throw up and Angie wasn’t feeling too good either. The plane bobbed along, the pilot often letting go of the controls to show us the next carving and then hurriedly grabbing them back before we banked over too far. The motion sickness pills did the trick for me as I was fine, Keryn wasn’t feeling the best when we landed but wasn’t in the toilets of the airport throwing up like many other people. 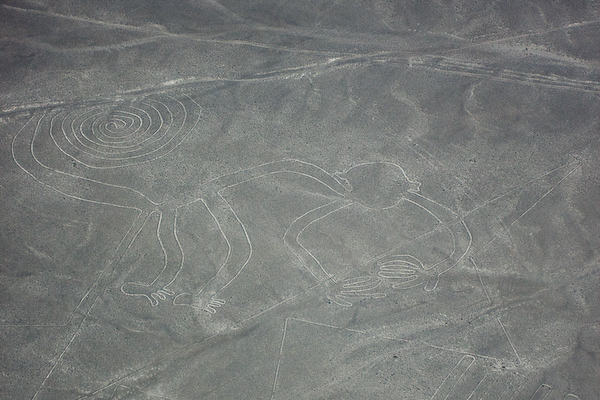 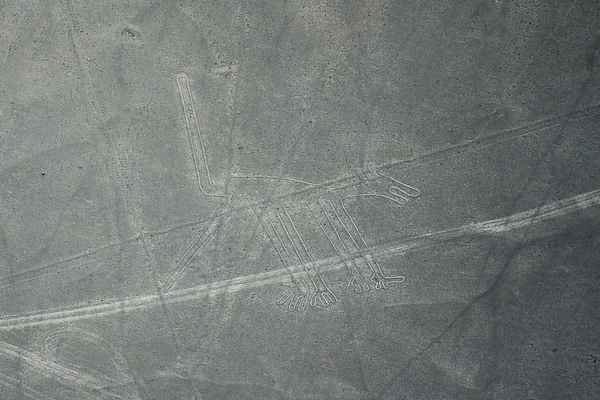 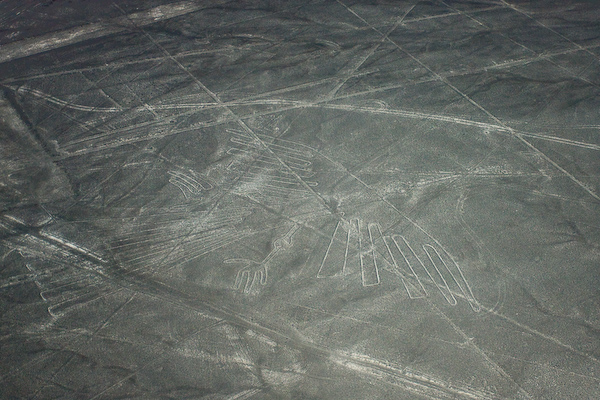 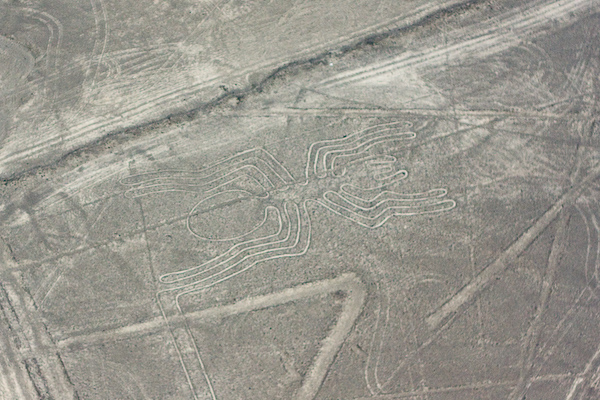 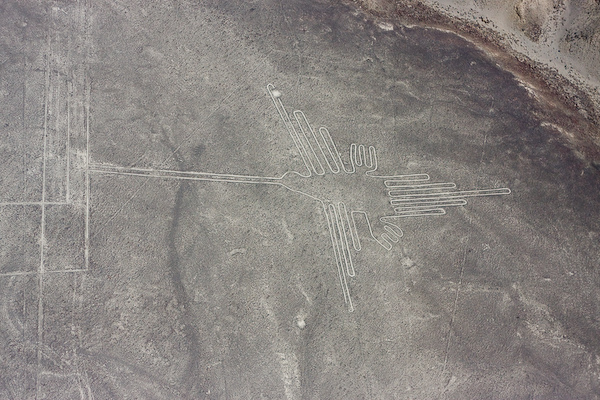 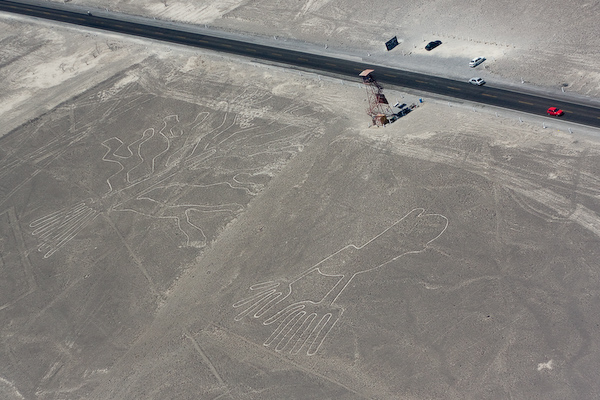 The Tree and the Hands with the viewing platform 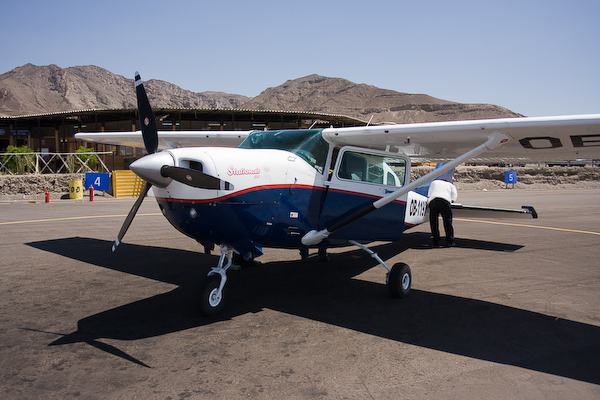 The other group also had some very green faces when they arrived and people took time to relax and get their stomachs back in order. We were driven back to the hotel where we had a bit of lunch and then spent the afternoon relaxing, mostly around the pool. I went out on a mission to find some beer and eventually bought some from a small house. I had crossed the road and a dog started barking and running at me. Having seen this situation while driving I copied the action I had seen locals do and bent to pick up a rock and cocked my arm. This worked a treat, the dog retreating even if it continued to bark. The next house had a man cleaning a car and he called me over to ask what I was looking for and when I said cervesa (beer) he went inside and pulled out a crate of bottles so I bought them from him.

Dinner was cooked and for desert we had a chocolate cake as it was Sean’s birthday. It had been decided that the actual birthday party would be held on the beach the following evening so it was an early night for most, though we did sing Sean a Happy Birthday.