Around 5am the anchor was raised and we sailed for an hour or so to get to Isla Seymour Norte. This activity of course woke us up so I was soon out of bed and wandering around the boat. It was raining outside, bands of cloud coming across and precipitating lightly on the boats moored in the vicinity. We were heading over to Seymour Norte before breakfast today with landfall before 7am.

In the dinghies we first travelled a short way along the coast looking for fur seals. We saw a male frigate bird displaying for a female, his red throat sack inflated and his wings outstretched as he vibrated and made clicking noises. The female seemed suitably impressed. We also saw half a dozen or so fur seals, most resting on rocks and a couple looking for food, webbed feet sticking in the air and they nosed into the rocks.

We made our dry landing and walked around the island. There were lots of nursing sea lions and a few pubs of only a day old or a little older. This seemed to be quite the nursing island with frigates and boobies also rearing their young here. There were lots of immature frigate birds sitting on small nests and young boobies sitting beside the path testing out their wings. We also saw both land and marine iguanas and apparently they were laying eggs in the shrubs so we were advised to not deviate from the marked path for fear of stepping where we shouldn’t. 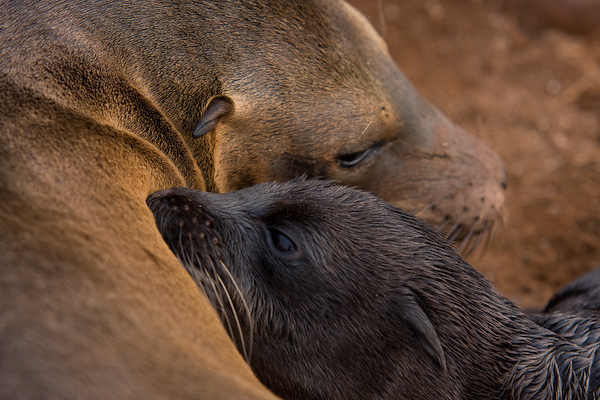 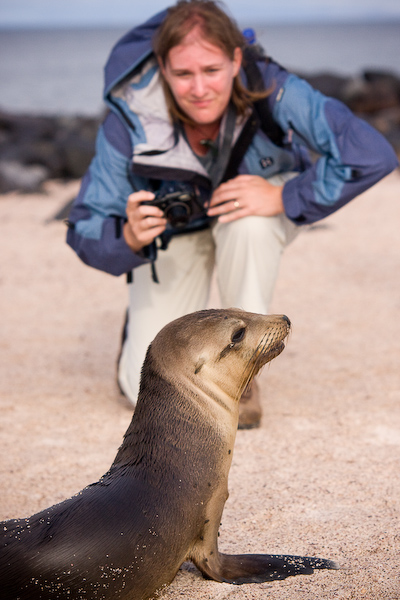 There were more male frigates trying to attract mates though mostly they weren’t having as much luck as the one seen from the dinghy. We did a circuit of the island and saw more of the same animals and displays as we walked around. Nearing our landing point lots of frigates and boobies could be seen gliding along the shore line, aloft on air currents raised up by the small cliff walls of the island. It seemed to soon that we were getting back on to the dinghies and heading back to the boat. 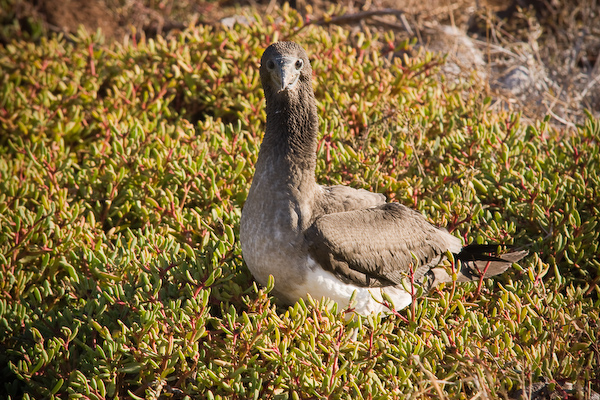 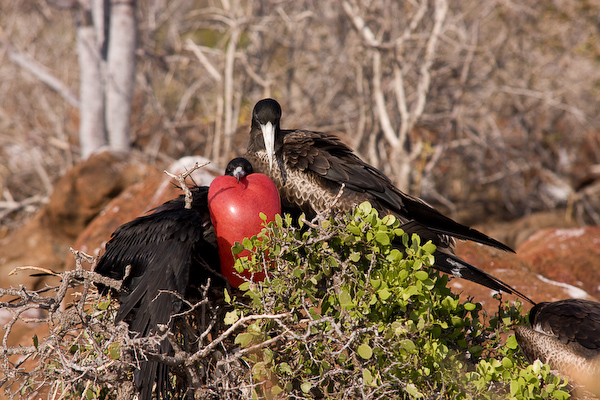 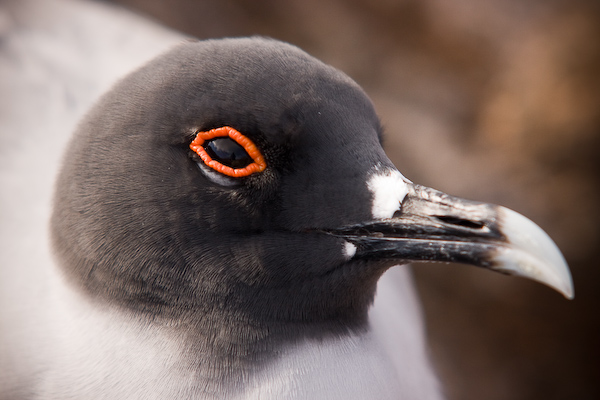 Close up with a swallow tailed gull 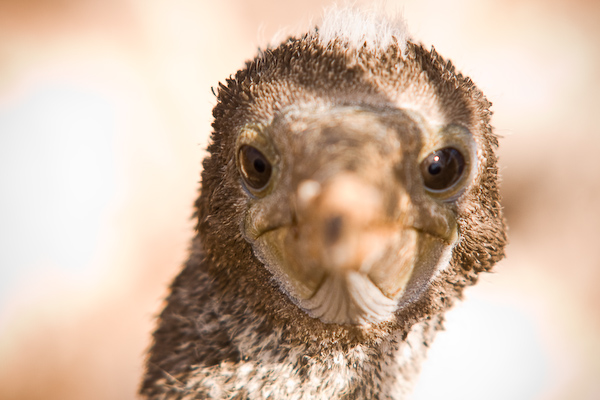 Close up with a young boobie

We had breakfast, during which the boat was heading back to Baltra. We got our final packing done and everyone that was leaving had their bags ready to go. We said goodbye to Denise, Siobhan, Sarah and Sadiah and also the crew and were then heading to the dock, the same place we had caught the ferry a few days previous. Wilo accompanied us to the airport where he would also be greeting the new arrivals. We said goodbye and gave our tips and then waited to proceed through security. Keryn and I finally managed to get some postcards done while we waited. 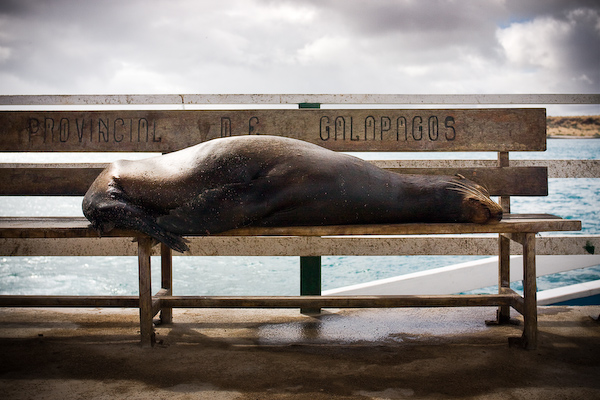 A final shot on the dock

There were five of us with Eric having the responsibility of holding our luggage tags. The formality of passing through to the boarding gate was completed and then we just had to wait for the plane to arrive and the call to board. The flights were fine, I moved seats a few time to be next to Keryn and there was one surprise as we landed at Guayaquil when a cupboard opened in the rear stewards area and a mixture of coca cola and milk was sprayed down the aisle of the plane. No harm was done and the mess was cleaned up in short order.

Everything proceeded smoothly at Quito airport and we were picked up and taken back to the Hotel Rio Amazonas. Getting back to the rooms we unpacked a little, returning our tote bags and putting some washing in at reception. The remainder of the afternoon was spent relaxing and we ended up having dinner with Eric at the hotel café. It was all over too fast, we want to go back and spend more time in the Galãpagos and Keryn wants to go diving. Maybe one day, but it won’t be any time soon.