We had grand plans today to head out to a nearby national park for some walking but didn’t quite get there in the end. First up I dragged myself out of bed very early to meet up with Margie for some sunrise shots down at the lake. We were rewarded with a beautiful sunrise, colours or red, orange and yellow covering the sky before the sun crested the horizon. 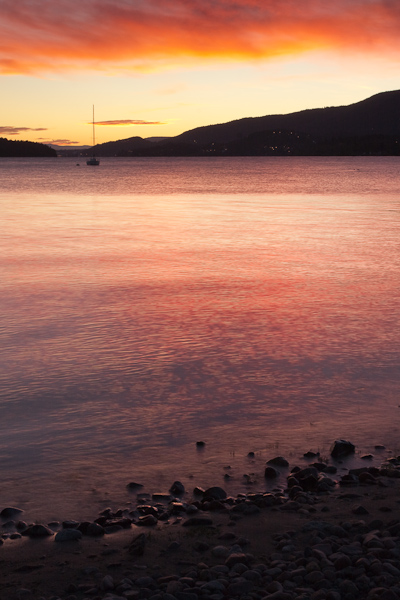 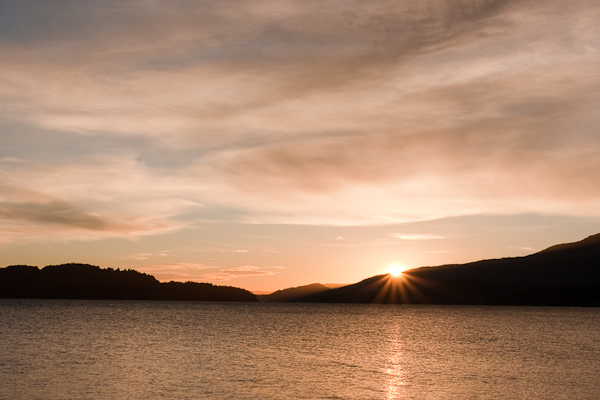 We had planned to take a bus out to a small mountain on the way out to the national park but ended up walking the seven kilometers almost by accident. I wanted to stop off at a photography gallery but it was further away than I thought and we just kept on walking (the gallery was shut). 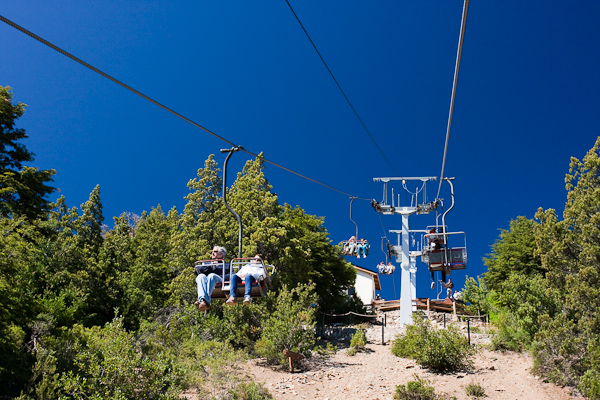 Heading to the summit the lazy way 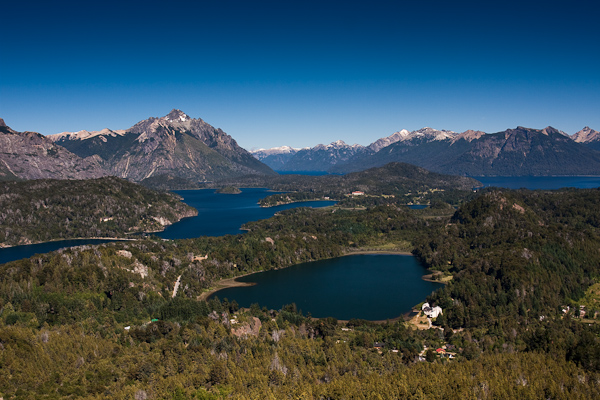 Part of the expansive view 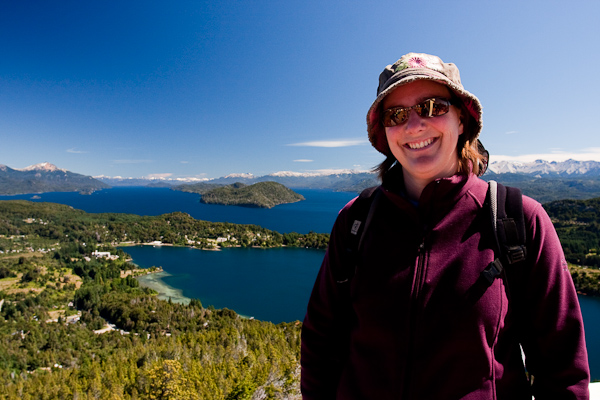 Keryn smiles for the photo

The view from the mountain takes in almost 360 degrees over beautiful lakes and forest and to get to the top a cable car is used. We queued for the cable car and then were slowly heading up seated comfortably and watching people come back down the other way. The views were great and we were again lucky with the weather it being clear for miles letting us see to the snow covered peaks in the distance. We ate at the cafe at the top and had some a wonderful slice of chocolate and dulce de leche (caramilised sweetend condensed milk) cake. Once done with the view we headed back down, passing Connie and Kate coming up the other way. 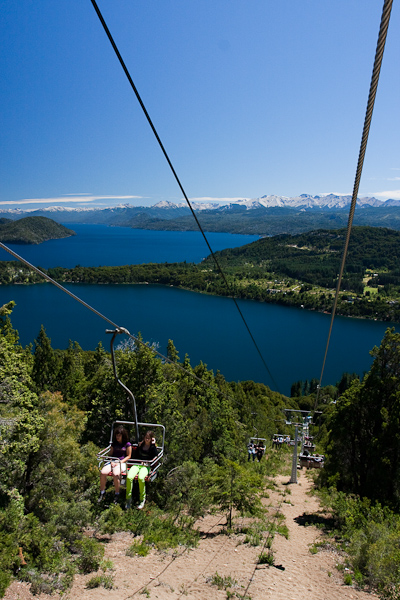 We caught a bus rather than continue walking and got off at a point where a large hotel dominated the view being situated on a hill with the mountains as a backdrop, a golf course in the foreground. We walked to a ferry terminal in search of information and found out that the park started a futher long walk down the road and we didn’t really have time to do this walk and then walk in the park and finally find our way back to camp. 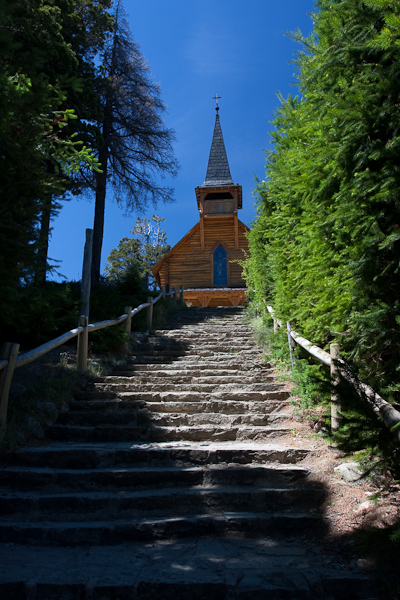 The stairs to the church

Instead we walked to a pretty wooden church we had recently passed while travelling on the bus. The church was a nice diversion while we waited for the next bus and there were also a few stalls selling local crafts outside for us to peruse. One guy was selling coins that had been made into pendants. Each coin had part of the inside cut out leaving just a main feature; for instance there was an old NZ fifty cent that had the Endeavour (ship) standing out, the background removed. We hadn’t seen this done before and spent a while looking at the different coins, the Argentinean peso with the sun picked out in the center being especially attractive.

We took the bus all the way back to Bariloche and spent the afternoon walking around shops and not buying anything other than a few supplies at the supermarket. An early rise meant an early return to the tent after dinner, the usual packing taking place as we were leaving the next day.