It only took a few hours to drive on to the city of Mendoza today, we had a late start and did a little shopping in Mendoza before we set out. In fact it almost took longer to get from the truck park in the city to the hostal we were staying at. The guy at the truck park organised someone to come and take us and our bags and this someone was an old guy driving a beaten up American sized Ute. When we loaded our bags the wheel arch hit the wheel and made a lovely grinding noise. We were transported three at a time to the hostal and Rhys got so annoyed with the wait and the attitude of the driver that he ended up walking, Janet keeping him company.

The hostal had no power when we arrived so we got our rooms and then wandered around the city for a while. For a modern city it had a nice character and felt very friendly. We all went out for dinner at a very nice restaurant which was a little overpriced but served tasty food. Back at the hostel we sat around having a few drinks and seeing in Christmas Day. Rhys dressed up as Santa and we all said a Merry Christmas to each other. Keryn and I were lucky enough to get a private room at the hostal and it was once again nice to have a proper bed to sleep in. 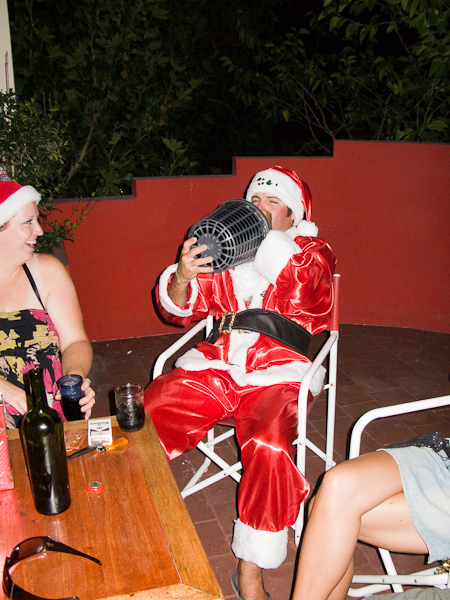 Santa celebrates with a little vino 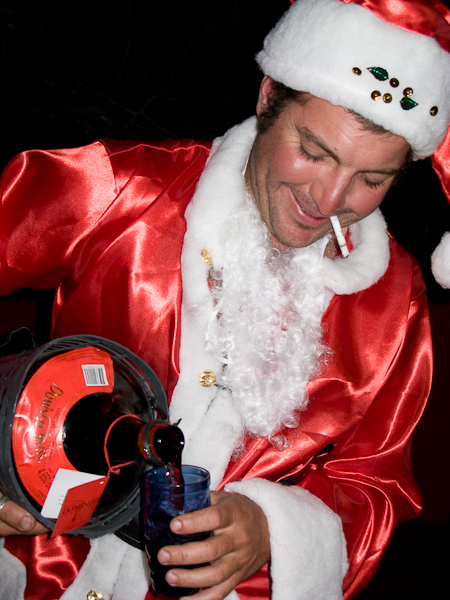 And a little more… 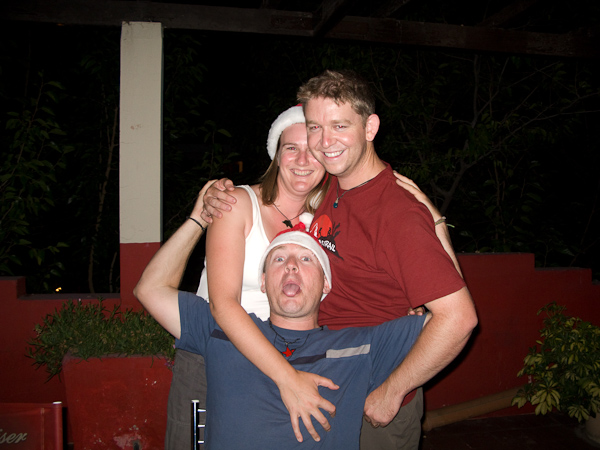