I’m happy to say I enjoyed the Talampaya tour. A large national park Talampaya has within its boundaries landscape varying from plains to mountains and has many interesting rock formations and an abundance of wildlife (the animals being very good at hiding from us humans). We drove into a canyon, the walls rising up a hundred meters or so, and stopped off to have a look at some rock carvings made centuries ago by the people of the time. Before heading up to the carvings we saw some local animals; a couple of small ones called Patagonian Mara that looked like a cross between a rabbit and a tiny deer and also a rhea. The carvings reminded me of the Brantberg rock carvings, though these ones were a bit more stylised; animals and symbols scraped into the surface of rocks that had fallen from the heights above. 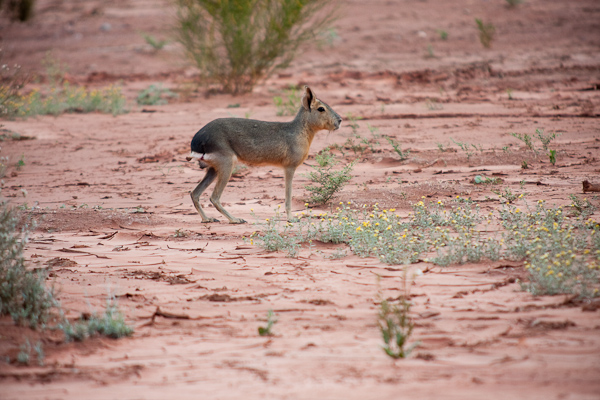 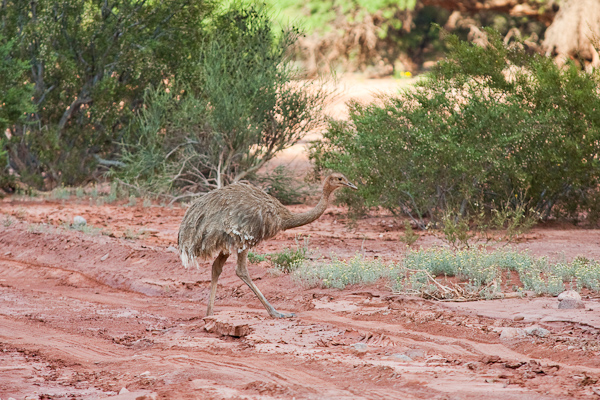 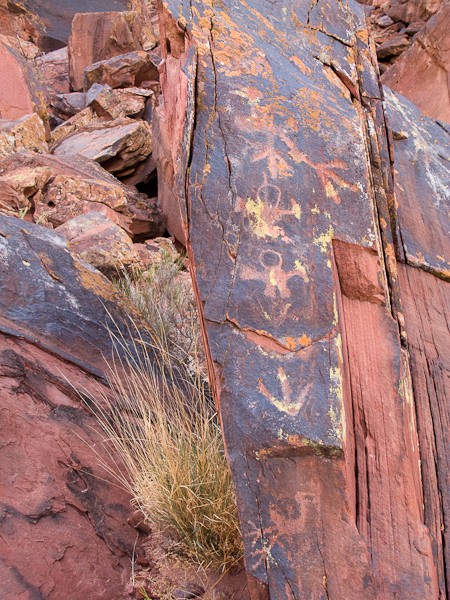 Stories in the carvings

Further into the canyon we stopped beside an area of trees and very high walls. We walked along a path where all the trees and plants were labelled and came to the valley wall to find some more carvings. The guide then led us to a huge depression in the canyon wall formed by falling water and carved out by wind carried dust. The vertical channel was big enough to take us all and our guide got us to face the wall and then shout. The sound reflected off the wall and then echoed loudly down the canyon, it was a startling effect and we enjoyed ourselves sending messages into the valley. 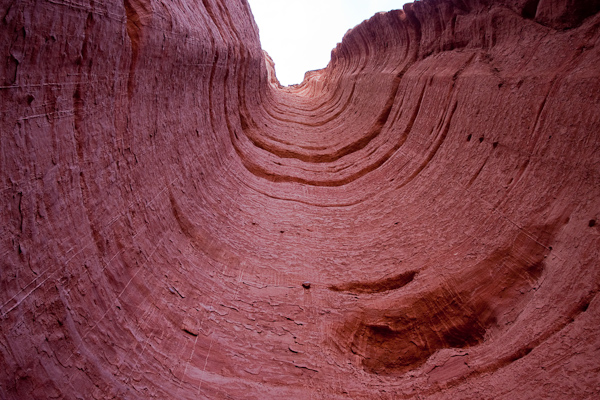 Looking up the channel 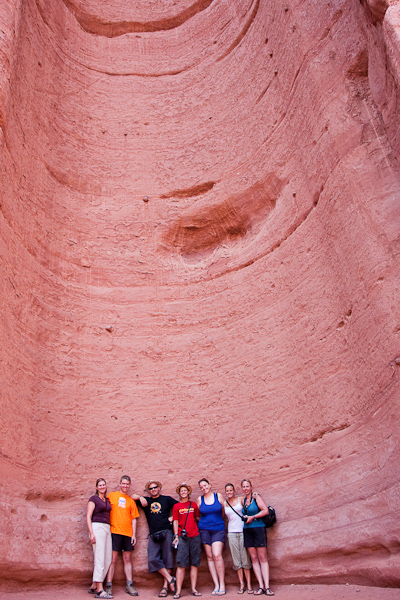 Lined up in the channel

Coming out of the valley we passed a rock formation called the Cathedral but the decision was made to come back on the return. Instead we continued to one more place where we could look out and see the distant mountains, closer at hand the rock again sculptured by the wind and rain much like the Valley of the Moon structures. We had a group photo and then headed back, stopping at the Cathedral and then making our way back to camp. 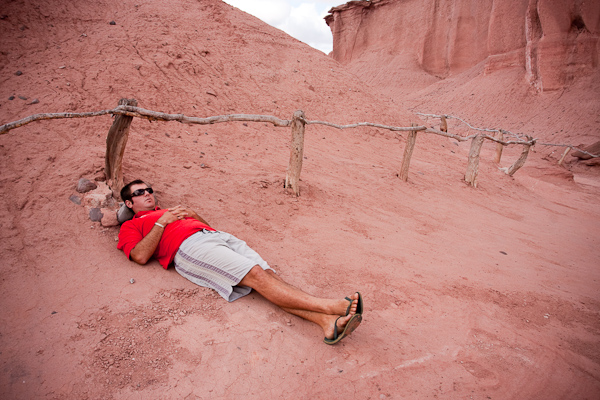 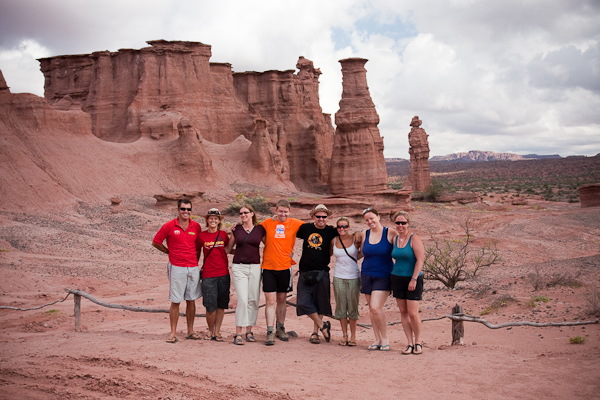 A group photo with the rock formations

The driving continued in the afternoon and we made our way to the town of San Juan. On the way in to the town we stopped off at a small winery where the specialty was champagne. It took a while to get Tranquilo down to the winery from the road, the path narrow and tree lined on one side with the vines on the other. Halfway down the road the truck had to wait while the owner of the winery, a man in his 80’s, manoeuvred his small fiat out of the way. Vanessa had to get out and talk the guy through reversing to get out of the way, I’m not sure that he uses reverse very often (and I don’t really think he should have been driving).

The wine and champagne was good and we all bought a few bottles to open at Christmas. In the town we ended up camping at a municipal sports ground, the woman at the winery had phoned to make sure this was OK. We had another BBQ and other than a scare with rising water (the grounds man was watering some of the park) had a good night.