After breakfast we were taken out onto the plains for a nature walk. The experience felt very similar to the walking we had done in the Okavango Delta in Botswana; a large flat area of dry and cracking mud underfoot with low green vegetation and lots of empty snail shells. In the distance the view was interrupted by stands of trees and we could see a few cattle. We also saw some birds in the far distance that resembled small emus and approaching some trees we saw an eagle in the branches. 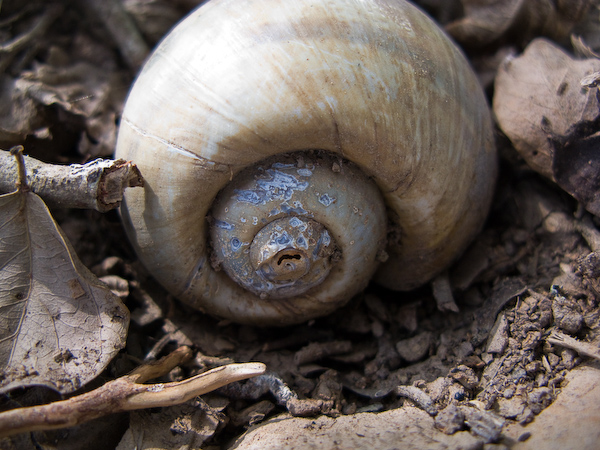 A victim of the dry season

Our guide left us for a while in the shade and went searching for anacondas. He returned with a section of shed snake skin but couldn’t find any snakes. Our walk continued and we followed a dry river bed while our guide searched the banks for signs of snakes but he wasn’t having much luck. Looking in around the trunk of a tree he finally had some success and one by one we got close to the trunk and peered into a hole to see a small anaconda curled up inside. Obviously resting the snake didn’t moved much as we all had further looks and took photos. We did see one more snake holed up in a crack of the riverbank but we could only see a small section of its body. 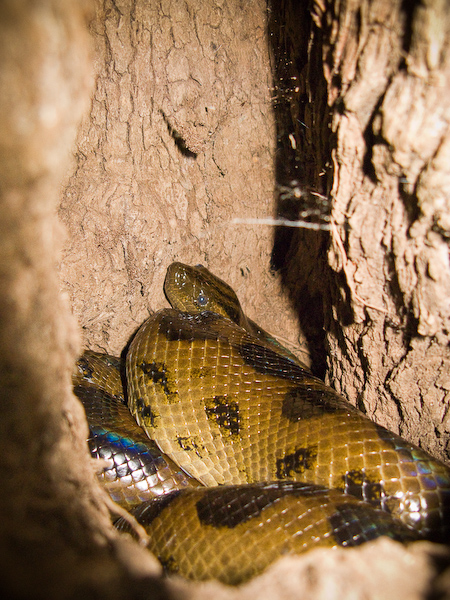 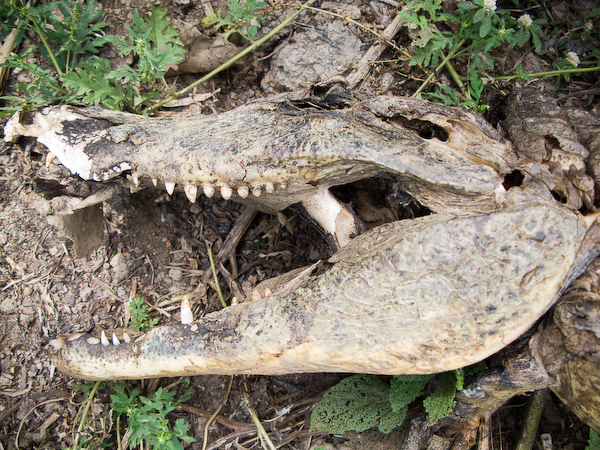 The remains of an alligator

There were vultures flying around and we also saw a young alligator hiding in the shade of the roots of a tree, flies buzzing around as it waited patiently for the coolness of night time. A few more very young alligators were seen under other trees and there were also a number of skeletons in the riverbed, alligators that had not survived the dry period. As the sun rose higher we headed back to camp where we had lunch and then a siesta. 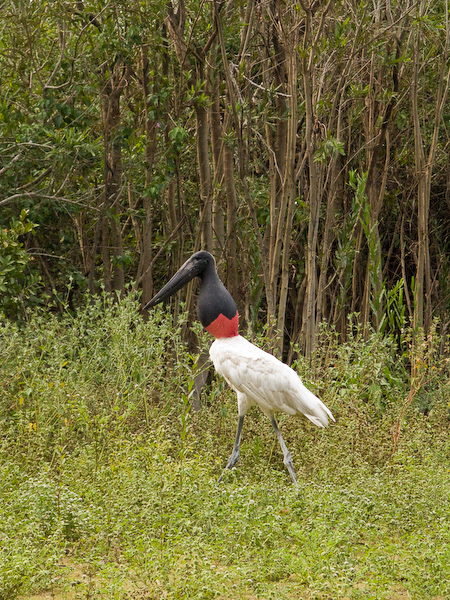 The afternoon saw us travel downriver to a wide bend where we were going for a swim. We again saw large numbers of animals with alligators watching and sometimes slipping into the water as we went by, capybaras generally just staying very still and ignoring us and birds taking off as we approached. There was a variety of kingfishers hunting along the river, from tiny little iridescent ones no larger than hummingbirds to larger black and white ones that raced away as we got near. We also saw one large jabiru stork striding along the riverbank, very tall and strange looking. We were told not to worry about alligators or caiman, the resident pink dolphins made sure they stayed away from this place on the river.

Seeing the dolphins was difficult. They came up for air every few minutes but unless you were looking at the right place on the river you were likely to miss the brief surfacing where the back could be seen for a few seconds. The dolphins here were quite young, grey rather than the pink of the adults. We entered the water gingerly, the thought of piranhas and alligators on our minds. The river was very murky and if the dolphins actually came close to us we didn’t know, we only ever saw them coming up for air five to ten meters away. Maybe they did come closer to check us out but no-one on this swim felt one nearby. Still, we were in the river with dolphins and it was a pleasant way to spend an hour or so.

Mark, Danny and I were the last to leave the water and we were standing in the shallows near the boat when I spotted something in the water a few meters behind Mark. I pointed out the alligator facing us to Mark and we quickly exited the water. Our guide noticed and said that this alligator was often seen nearby and was tolerant of people and not a danger. In the past people have been able to approach and pat the scaly guy and I got within a couple of meters before deciding that was close enough. Danny and I were near the shore, the alligator having slipped underwater, when we were surprised by a commotion. One of the dolphins had decided that the alligator had got a little too close to their area and was chasing it off! The action didn’t last long, the alligator quickly exiting to a safe distance. It was nice to see that the dolphins tolerated us in their water but did actually chase off predators. 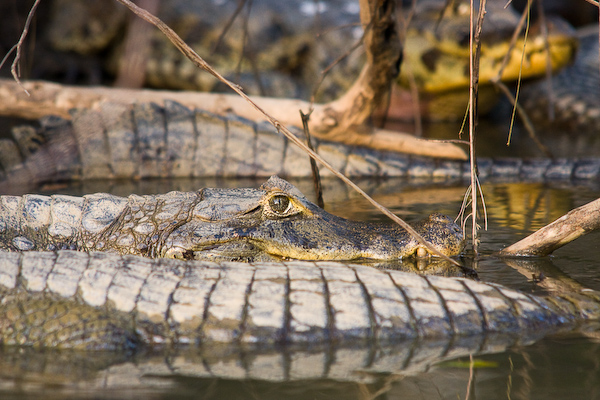 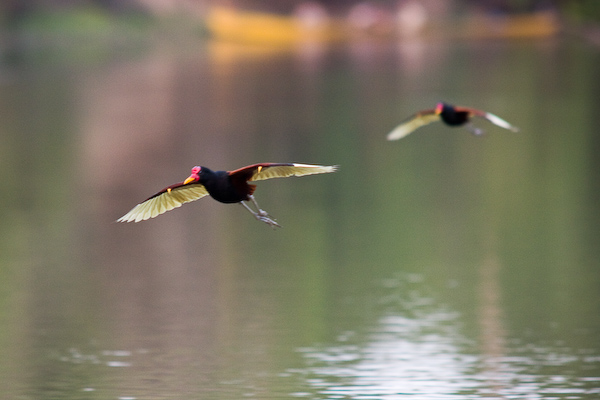 Flying along the river 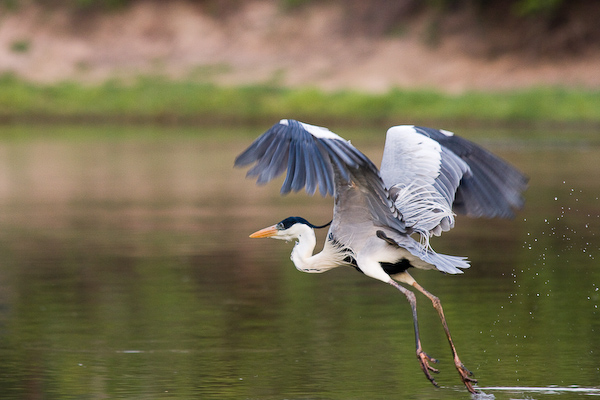 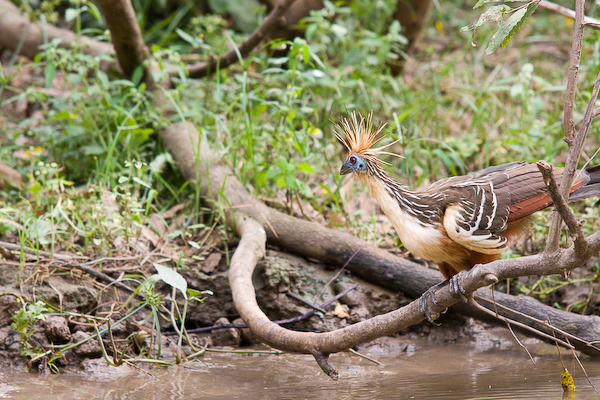 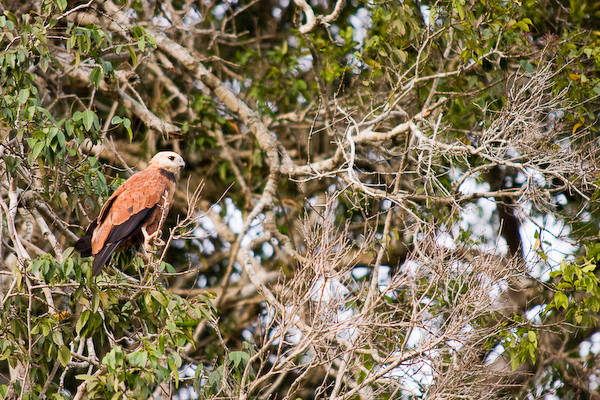 A hawk watches the river

We headed back to the lodge to change, watching wildlife as we travelled, before heading back to the aptly named sunset bar for a few drinks. At the lodge we were surprised to see that another group had arrived, I guess we hadn’t thought that there might be other people at the lodge. We cleaned up and then set out again and spent a good few hours just chatting over a few beers while watching the damp squib of a sunset. When we got back to camp we had dinner and then spent the evening in the hammocks chatting with the new people and relaxing, it was a good night. 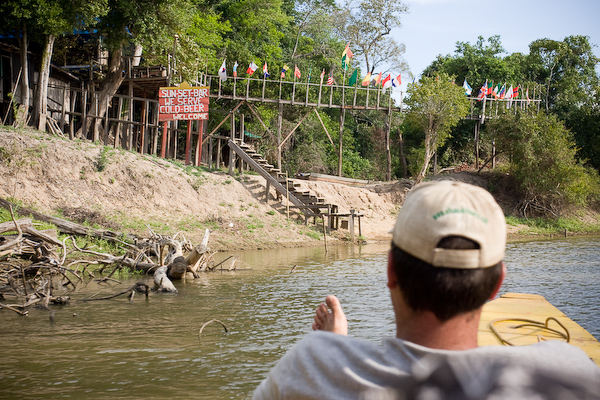