The next stop on our trip was the Amazon again, this time a Bolivian section. To get to the jungle we had quite the travel day. In the morning we were scheduled to fly from La Paz to the town of Rurrenabaque on the other side of the Andes. Arriving at the airport we were told that our flight was delayed so we had to wait for a few hours before we could leave.

Our aircraft was very small, only seating sixteen people, eight people on each side of the plane. The flight took us from La Paz over the altiplano and the Andes before dropping nearly 4000 meters to the Amazon basin. Being a small plane we had quite a bit of movement during the flight, some people were a little nervous. Rhys was resting when we landed and the jolt of the plane hitting the dirt runway woke him up fast, he was rather surprised to be bumped awake and it was a funny spectacle for those sitting nearby. Stepping out of the plane the heat and humidity hit us straight away, quite a difference from the coolness of the much higher city we had left. 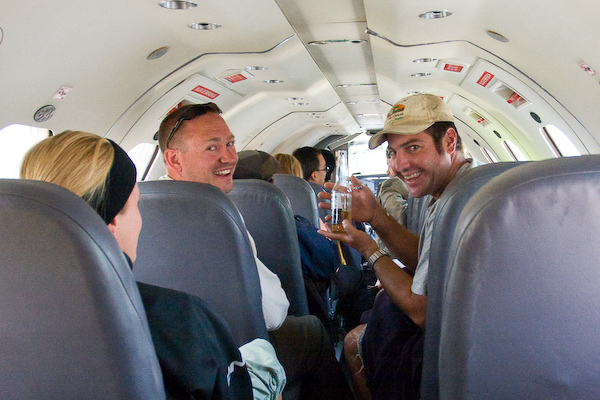 Inside our little aircraft 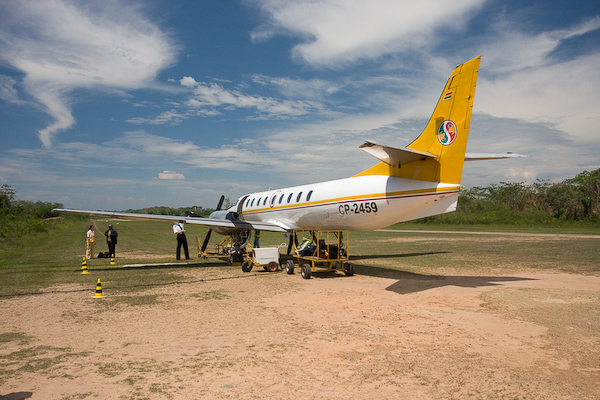 We were picked up from the airport in a jeep and taken into Rurrenabaque where we had a small late lunch. We didn’t linger as we still had three hours of driving to reach the river that would be the start of our jungle visit. Rather than a jungle of large trees and dense vegetation this section of the Amazon is grassy plains with pockets of trees alongside riverbeds. The wet season was only just starting; we had arrived at a time when the rivers were low and the landscape was quite dry. This we saw on the drive, the dirt road very dry and dusty with the farmland around us looking parched and ready for water. For much of the way there were irrigation ditches with some water alongside the road and there was quite a variety of birdlife visible.

We managed to get a puncture during the drive so had a roadside break while this was repaired. It was now very warm outside and the break from the cramped confines of the jeep was welcome. The remainder of the drive was dry, bumpy and dusty and we arrived at the river around sunset. 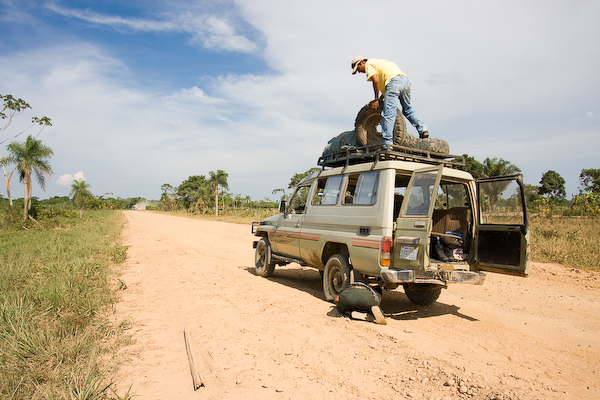 Quick repairs on the road 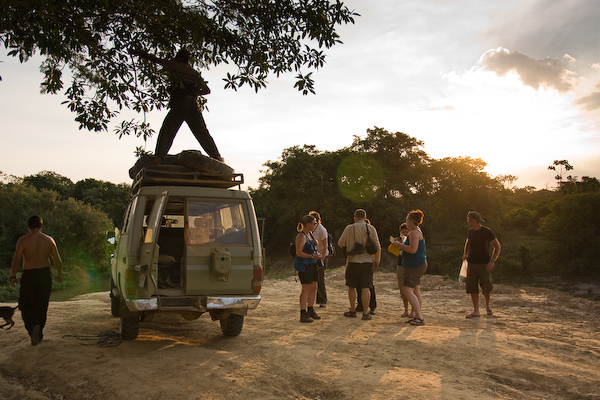 We transferred to a long and narrow riverboat, similar to those we had encountered in the Ecuador Amazon trip. We spent another two hours being taken down the river to our jungle lodge and along the way we saw a crazy amount of wildlife. With the wet season rains still to come the river was very low, we were constantly hitting logs and other things submerged just under the water. Because the water is concentrated to the river all the wildlife has to stay nearby and there were literally hundreds of alligators, caiman, capybaras and birds on the muddy shore. The light was fast disappearing so we only had a limited view of the abundance of wildlife but it was enough to wet our appetite for the coming excursions over the next few days. 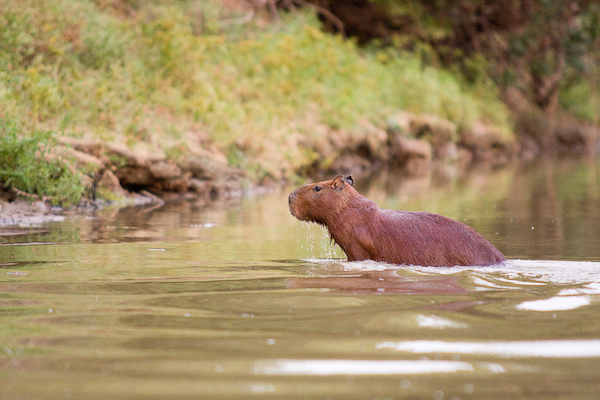 A capybara comes out of the river 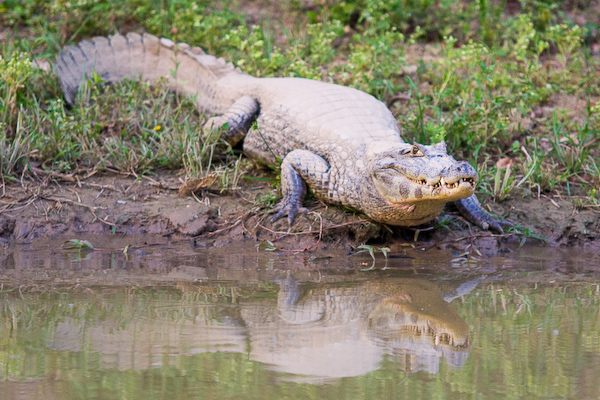 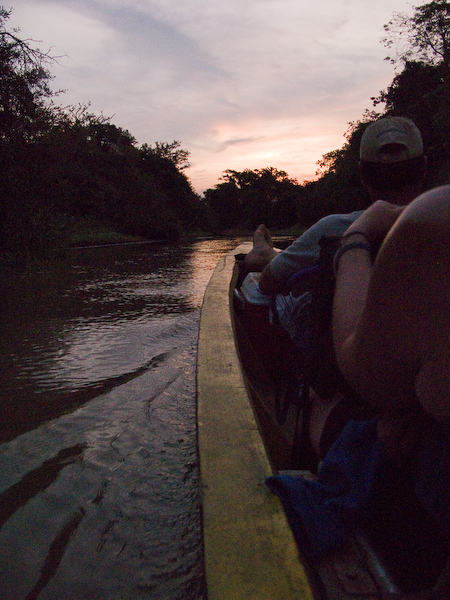 Light fades on the river

We arrived at the lodge in darkness, a few lights giving us a view of a wooden structure on the bank above the river. We had dorm accommodation, a couple of rooms with simple wooden beds with mattress and mosquito nets. There was another room for eating in, a couple of simple bathrooms and a covered hammock round, hammocks attached to a center pole and radiating like spokes in a wheel. We choose beds, had something to eat and then relaxed for a while in the hammocks before retiring for the night.