Once again we had the company of Miguel as our tour leader, this time for an excursion out to the Colca Canyon. The main attraction of the canyon is the possibility of seeing condors in flight and we were lucky enough to arrive after an hour and a half along a bumpy dirt road to see three condors flying in front of the lookout point. The condors were huge and were catching thermals along the canyon edge, the floor of the canyon a good kilometre below the viewpoint. 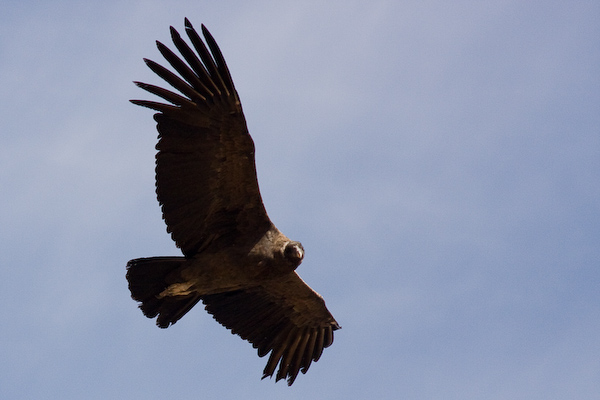 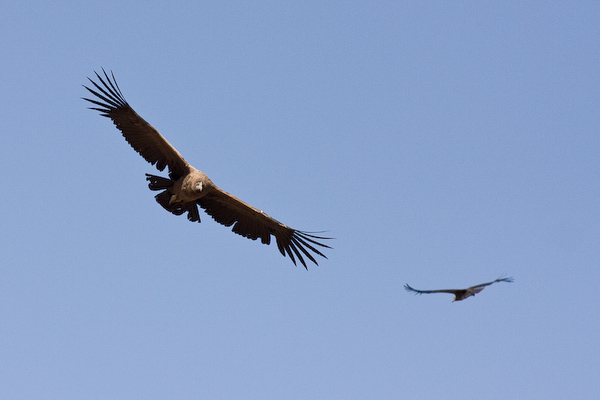 Circling on the thermals 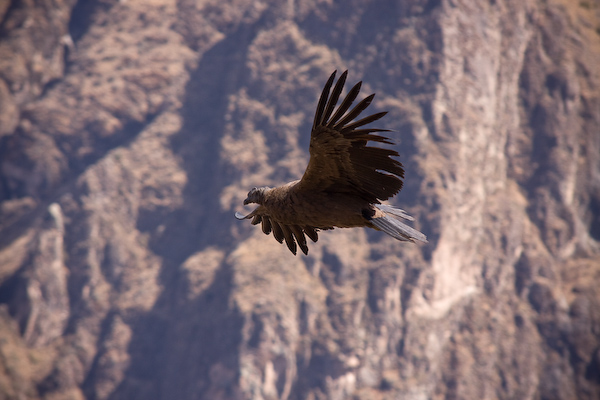 Passing with a canyon backdrop 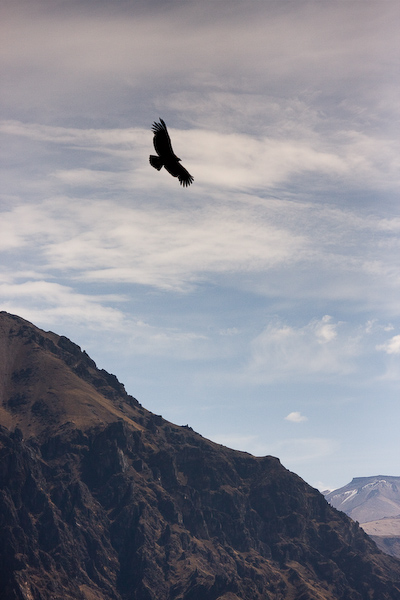 Flying over the canyon

We had over an hour to watch these impressive birds fly past. There was neither rhyme nor reason to their fly pasts, sometimes there would be three flying around and more often none, everyone just waiting for the next appearance. Most of the condors we saw were young and brown in colour. Around seven years old the condor matures and the feather colour changes to black with a white band around the neck. There were a few adults seen but they tended to not stay around as long as the youngsters. In between fly pasts we all just chatted or looked around the adjacent market, meeting a few new people and relaxing in the sun. 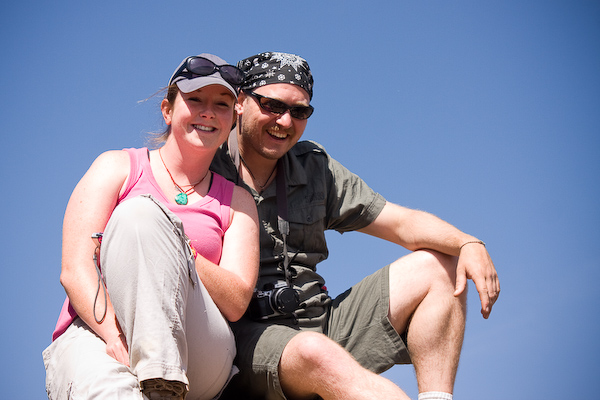 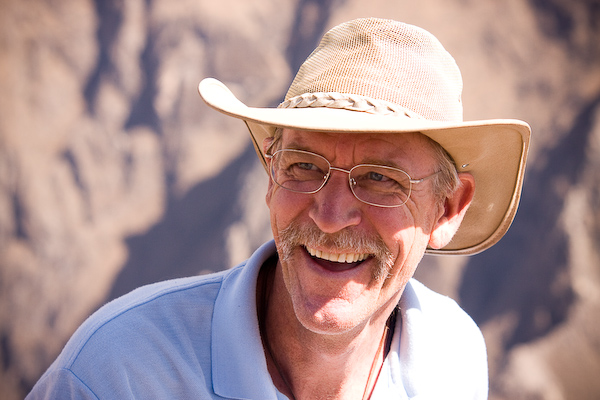 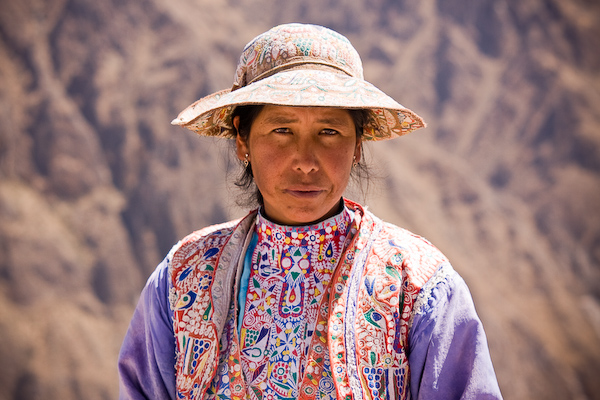 One of the market sellers 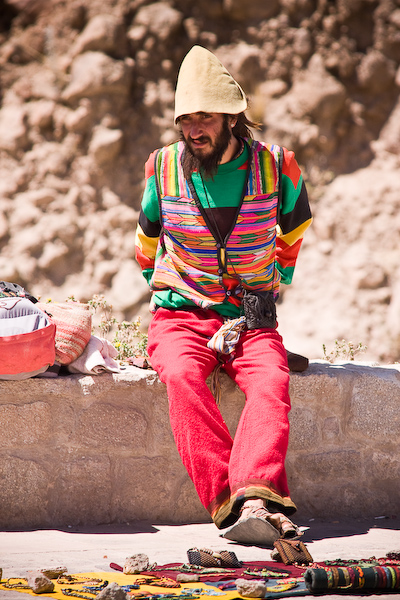 Miguel led us on a short walk along the canyon edge around 10am and talked to us about the formation of the canyon, the flora and fauna and giving us some local history. He told a nice story about a farm visible in the distance on the far side of the canyon. The elderly occupants, without many comforts and a long way from any town, were moved out by their children and taken to live in a city. Waking up a few days later the parents were missing and it turned out that they made their own way back to the farm, not wanting more than what they already had. 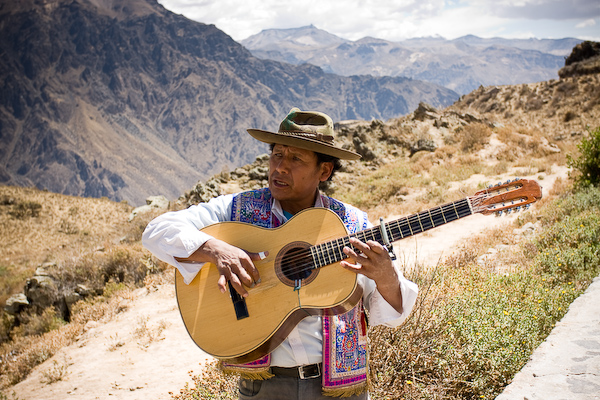 A blind guitarist at the car park 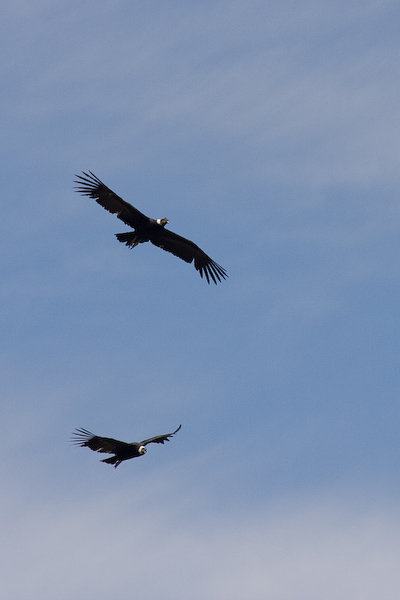 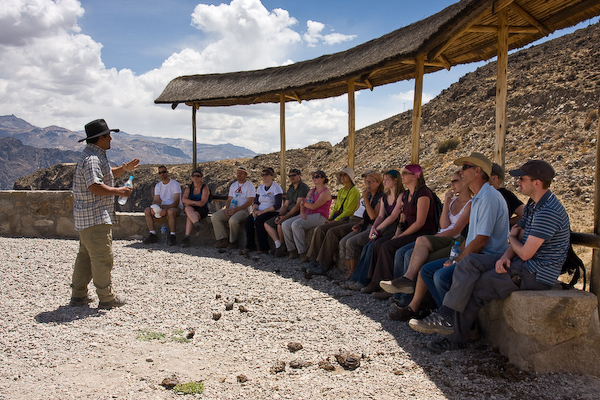 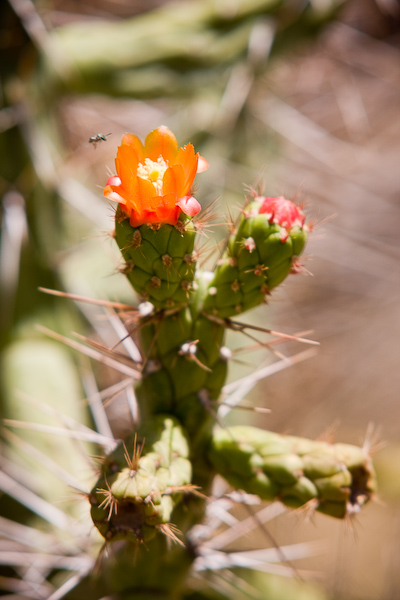 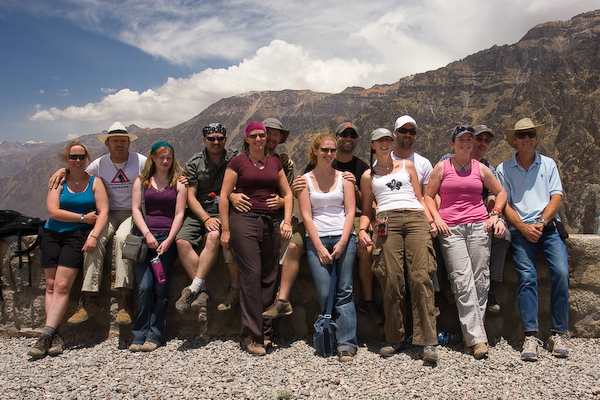 One of many group photos

The drive back to Chivay saw us stop a few times to take in the beautiful canyon views and we also stopped in a small town for some photos. A couple of raptors were tethered lightly to some stands and those that wished had photos taken with the birds. 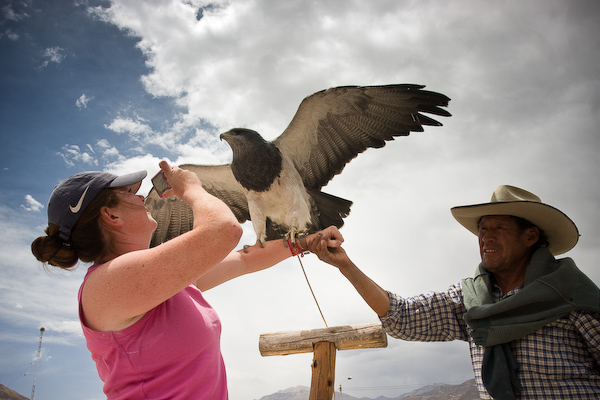 Kerry with one of the raptors 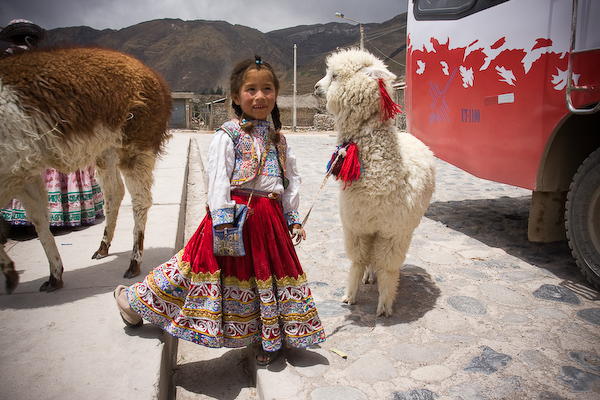 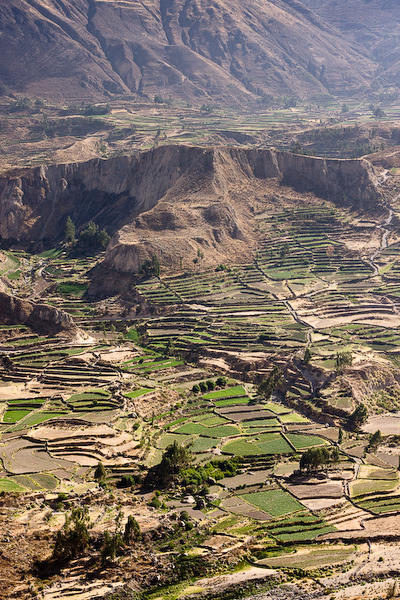 Terraces and farmland in the valley

Back at Chivay many went out to the nearby hot pools in the evening. I stayed behind to catch up on writing. We had dinner at the local (not very) Irish bar. Kerry, Gavin and Erika were easily the most Irish things in the place.