Keryn was up very early to go Horse riding, not long after sunrise. With Michelle and Angie and their guide Victor they rode along the beach for an hour or so and apparently it was very nice. Danny and I did the same ride in the late afternoon with others going for a longer ride in the late morning. Otherwise today was about resting on the beach, Keryn getting a nice massage from Melissa and generally just chilling on the coast while watching the world go by. 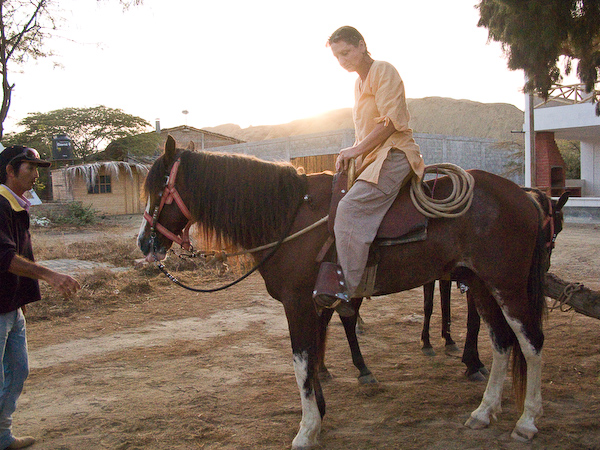 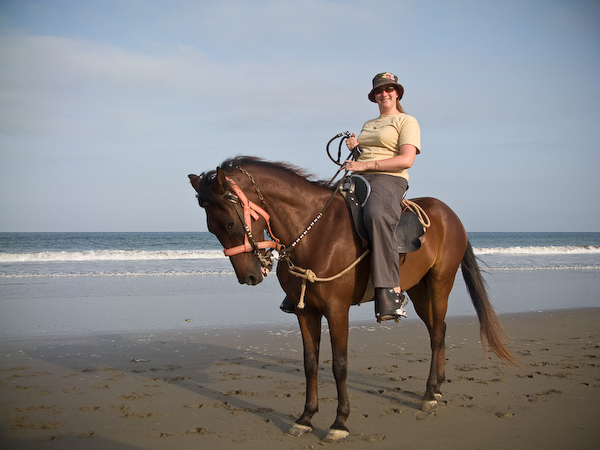 Keryn on the beach 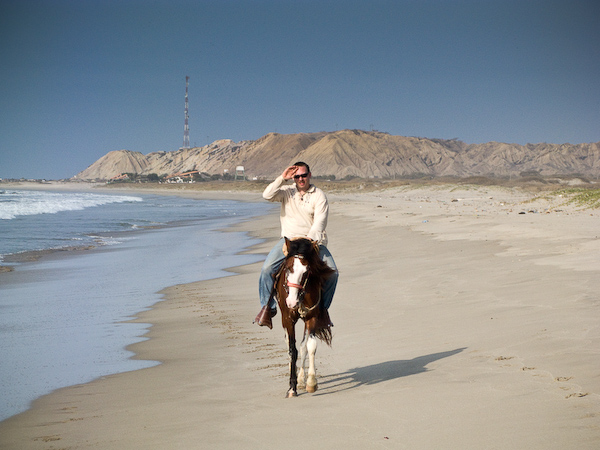 Danny in the afternoon 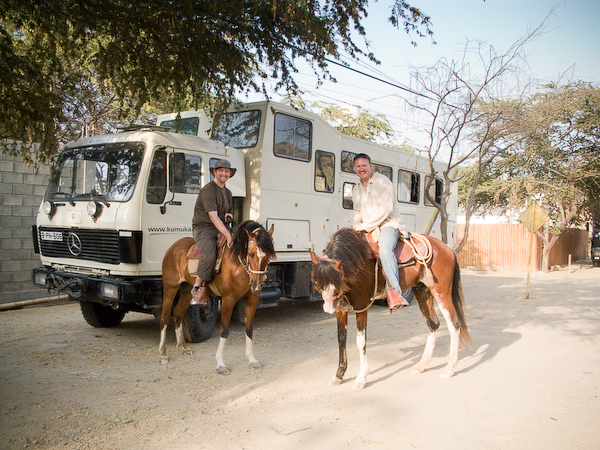 Brendon and Danny back at the hostal 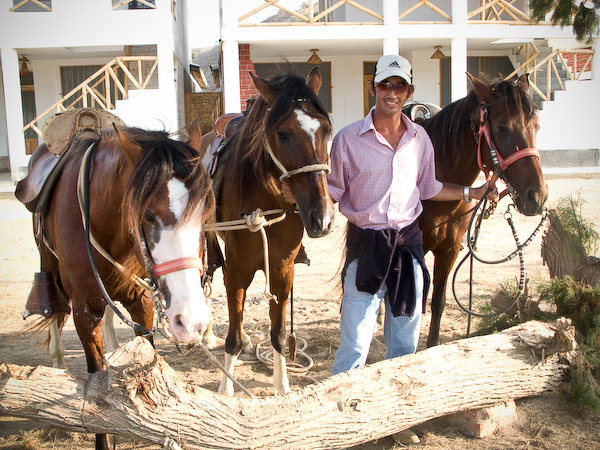 Victor with his horses

In the late afternoon Danny and I played some beach volleyball with a couple of the hostal staff. The net was very low but looked perfectly normal when the two very short women were standing on the other side. We had fun diving about in the sand and Albert came in when Danny took a rest. It was getting dark by the time we stopped.

Dinner was three large foil covered fish cooked whole over the campfire on a grill. Each fish was stuffed with a different combination of herbs and vegetables and they all tasted wonderful, cooked to perfection. There was more campfire conversation but most had an early night this time around as we had an early start coming the next morning.