The group met at the hotel reception just before 8am and we were taken a short way down the road to where our truck, Tranquilo, was parked. Vanessa showed up around the vehicle and our bags were loaded into the lockers and then we were inside and heading for the equator park. Vanessa was talking about the safe on board when Sophie remembered that she had left her passport at the hotel so we stopped and Sophie accompanied by Melissa took a taxi, the plan to catch us up later on.

We continued and then got a road where a lot of trucks were parked up and the traffic was going slowly. We came to a road block, a police car in the road, and Vanessa went down to find out what was going on. It transpires that a strike was underway and the road was closed for public safety. The park we had been heading for was also closed. We had to turn around and instead find a way to the next destination. Luckily Sophie and Melissa were not far behind in another taxi and they were able to get out and join the truck again.

The road out of Quito took us down from the plateau, mountains and volcanoes to all sides but mostly obscured by clouds. Every now and again a peak would appear, snow covered and bright white in the distance. The road followed a ridge and came down over a raging river, the water coffee brown and surging over the rocks and around bends. We had a comfort stop at a service station, the toilet facilities surprisingly clean, and then drove for another few minutes to reach an equator monument by the side of the road. 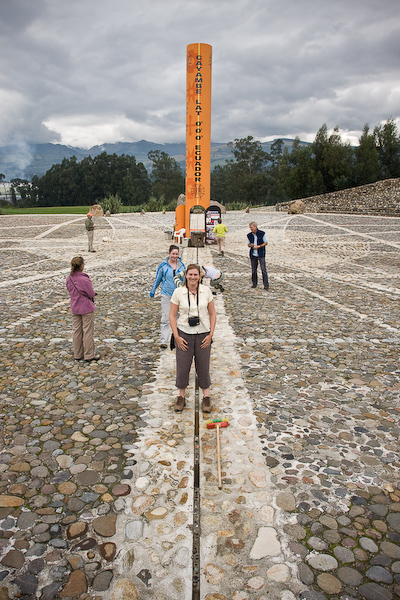 Keryn at the equator 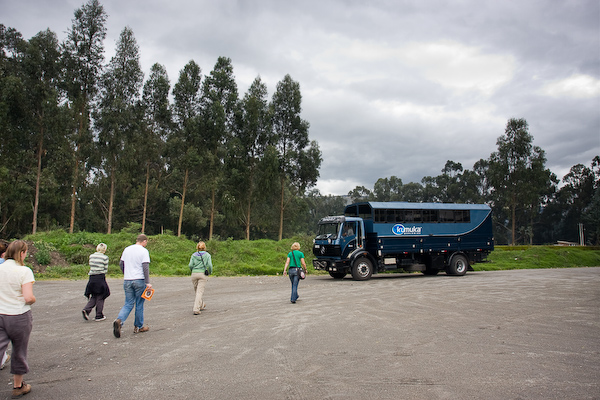 Walking back to Tranquilo

The monument was a giant sundial, the centre spire a tall orange column. The overcast skies meant we couldn’t see the time on the big clock but we were still able to take photos straddling the equator. A guide gave us a talk on the equator at this place, Ecuador is the only place where the equator passed through highlands and this give the position unique views on the night skies, the elevation meaning that the full spectrum of stars can be seen, both southern and northern hemispheres. Many people bought maps and other information at the end of the talk. Back to Tranquilo we continued on towards Otavalo, the market town that would be our overnight accommodation. The journey only took another hour or so and we came down past a beautiful lake with a large volcano as a backdrop (again the peak obscured by clouds) and on into Otavalo.

Vanessa and Rees hadn’t been to the hotel being used before and we had impromptu little tours of some of the streets around the Plaza Los Ponchos before we found our hotel with the same name, Hotel Los Ponchos Inn. Checked in we were let loose to wander the market and the town for the afternoon. Keryn and I had lunch with Daniel and Shaun at a chicken takeaway joint and then started wandering the market stalls. The indigenous people of the region tend to still wear traditional clothes and many of the stall holders were dressed this way; the woman with black headscarves, embroidered white dresses and ponchos or shawls, the men with dark caps and hair long, a dark mass loosely tied. Keryn bought a few things, an alpaca top, a small bag and a scarf (which actually came about because I asked a woman if I could take her photo and she then suggested we should buy something from her). Most of the people were friendly and those I asked seemed happy to have their photo taken which was nice. Most of the market items for sale were clothing or textiles and the colours were bright and attractive. 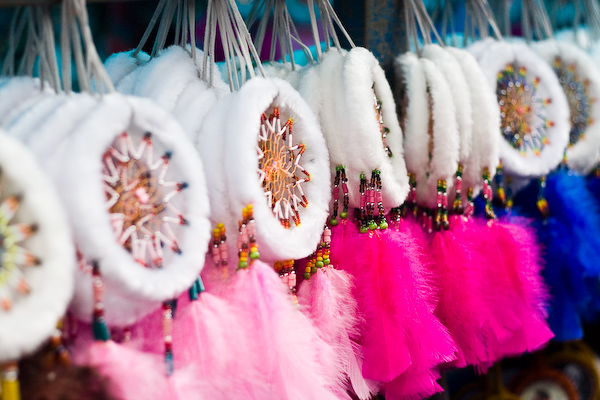 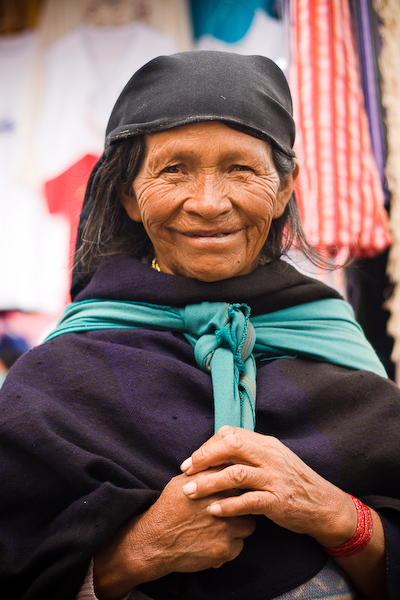 This woman was politely begging in the market, the price for a photo $1 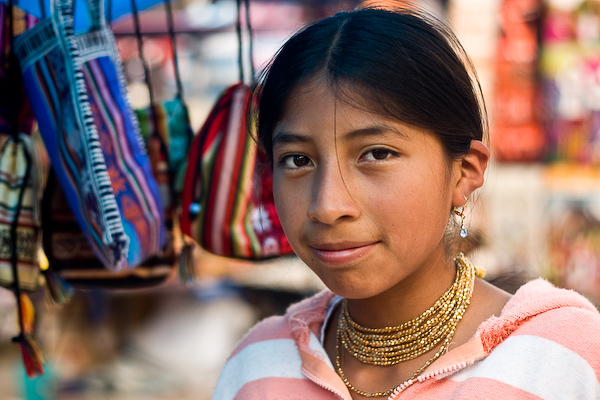 Keryn bought a bag from this young lady 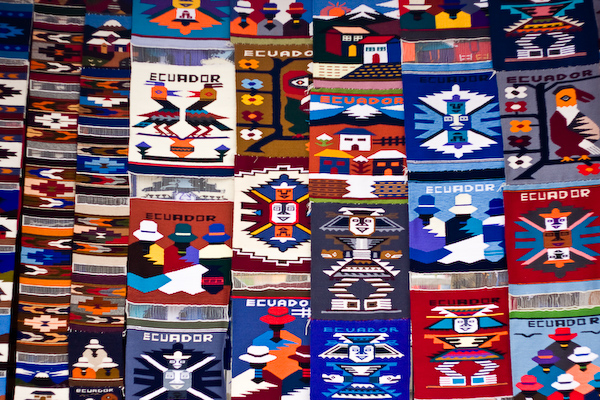 Guess which country we’re in? 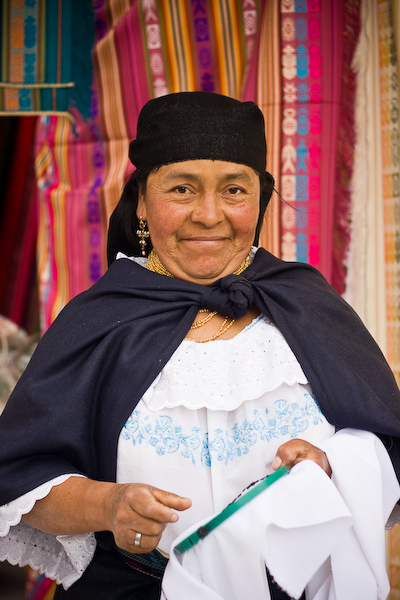 This friendly woman asked us to look at her scarves after I took this photo, fair trade I reckon

I left Keryn in the market and came back to the hotel to type. I played some pool with Daniel (losing 3-2) and watched a few others play table tennis while I hit the keys.

In the evening we went out to a friendly little local restaurant and had a good meal. Afterwards we packed a bag for the coming three nights in the jungle and then went to bed.