There are two main reasons to come out to Salta Rafting; the rafting and also zip lining. We had all signed up for zip lining and around 9am we were all kitted out and climbing up a steep valley towards the first line. We had two guides, the main one being Frank who was originally from Germany but had been working for Salta Rafting for many years now. 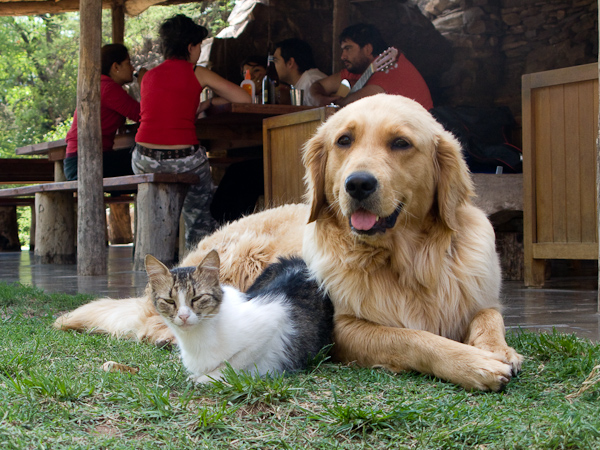 A very friendly dog and cat at the campsite

The system here was the same as we had seen in Monteverde; there were zip line cables to which we were attached by a pulley wheel and carabineer and we stopped ourselves by using our gloves. The main difference here was the height, we were attached to lines over the canyon. The highest cable was over one hundred meters above the river below. Everyone got used to the stopping system quite quickly but a few of us, me included, came in too quickly at the end of the first short but fast line. I bumped my knee, nothing serious, but Angie came in hard feet first into a large rock and spent the rest of the time hobbling. Angie’s ankle was very sore for a number of days, it got to the point of nearly taking her to a hospital to have it checked out but in the end this wasn’t required. 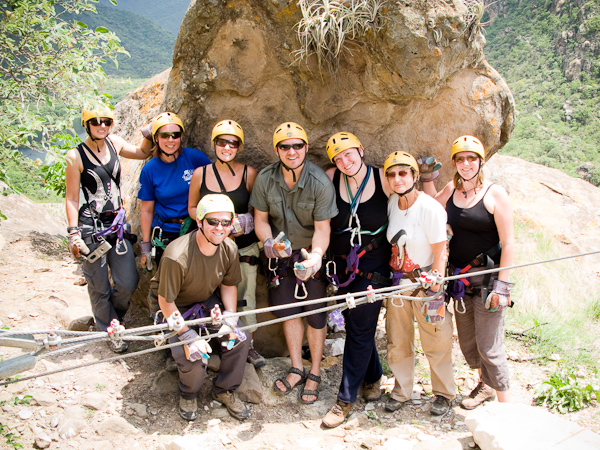 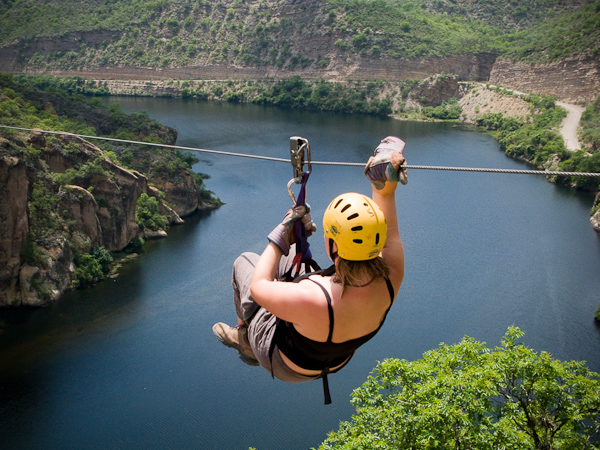 Keryn heads across the valley

There were some very long lines so there was time to take in the scenery as we flew from one side of the valley to another. Sometimes we had to walk a short way from one line to another but thankfully the distances got shorter as we got closer to the end. The last set of lines saw us criss-cross the valley to finally land at the campsite, flying in over tents erected by the just arrived Oasis truck passengers. 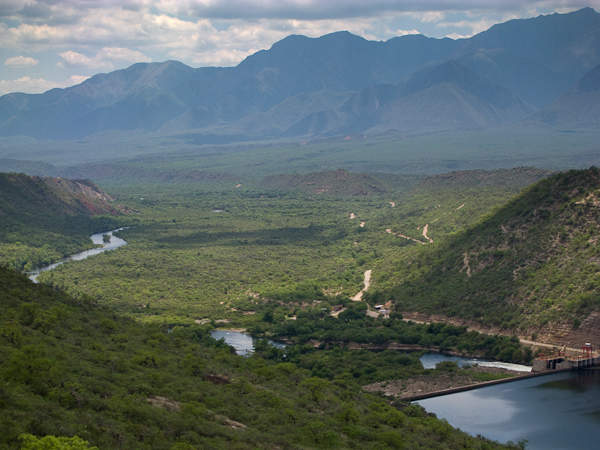 Looking towards the campsite 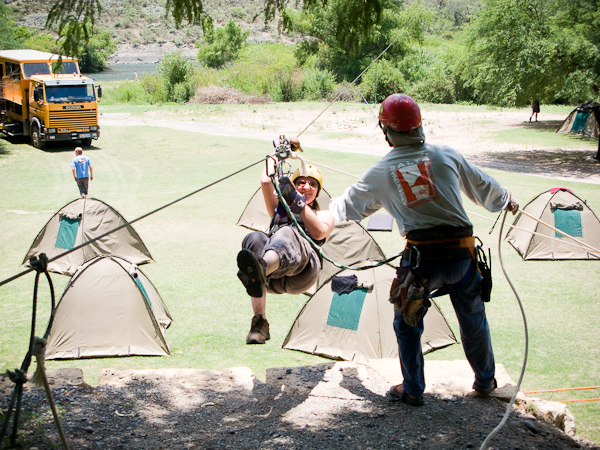 Coming in at the campsite

While we were on the zip lines Mark was with another group doing some white water rafting. He was doing the zip lining straight after us so while we all got ready to leave he said his goodbyes. We were soon driving away heading for the next town Cafayate and a new campsite.

We arrived in the late afternoon and went into town to pick up some wine, the area being a good wine growing region. Back at the campsite we had good food washed down with wine, afterwards tidying up as the toads came out from their daytime hiding places.