Once we were away from La Paz and heading to Uyuni we started travelling on some pretty rough roads. The dirt roads were covered in layers of fine dust and the bumping and sliding causing a few people to feel unwell. I kept expecting us to come over a hill and see the vast salt plain that lies beside Uyuni but it wasn’t until late afternoon that we started seeing the bright white line on the horizon. It was a relief to come into the rough looking town with its dirty houses and concrete roads.

We were staying in a hotel run by an American man and his Bolivian wife. The chief highlight here was the hotel restaurant: Minuteman Pizza. Allegedly this was the best pizza restaurant in all of South America, a lofty claim if ever there was one.

People had showers and settled in and as sunset approached we drove out in Tranquilo to the edge of town and a long disused railway yard which is now home to a large number of slowly decaying trains, rusting quietly in view of the salt flats. We ate yummy pizza that Vanessa had bought (best in South America? I don’t know but I really liked them, Keryn not so much). After eating we wandered around exploring the wrecks and taking photos until the sun had gone. The place was a photographers dream and I could have spent hours there, I was right in my element. 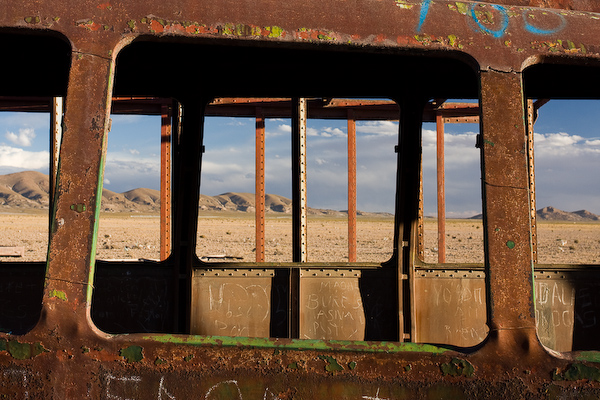 Looking through a derelict carriage 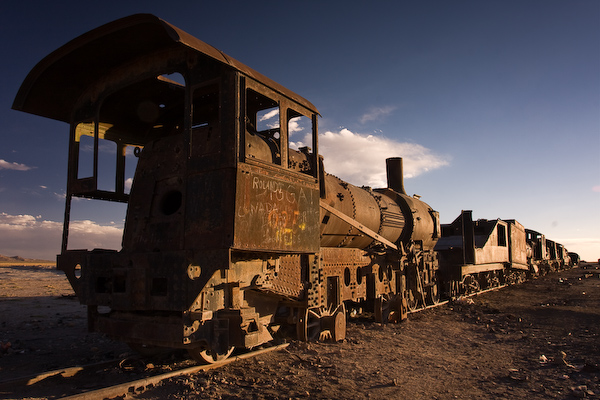 One of the many rusting engines 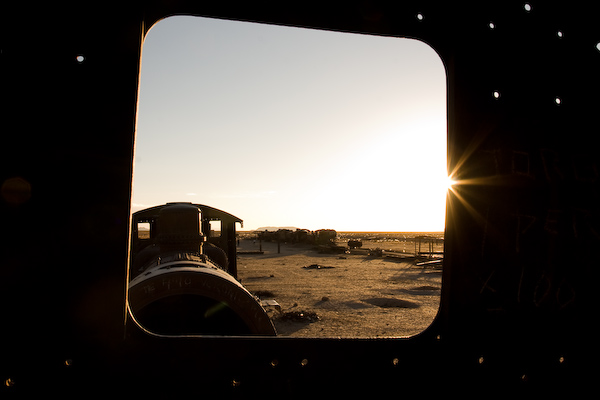 The fading sun from a cab 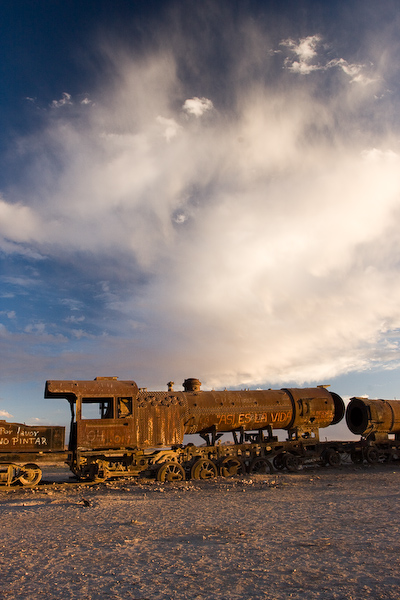 The clouds were also very attractive this evening 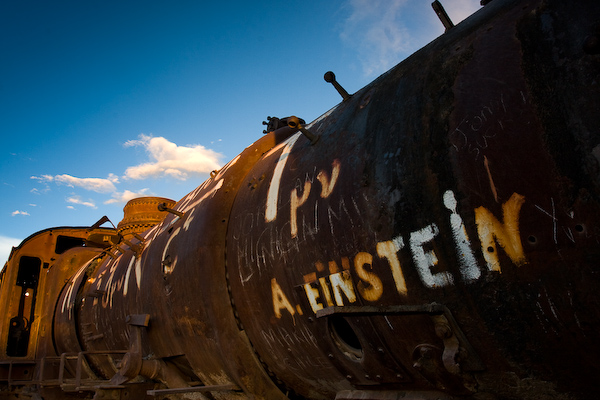 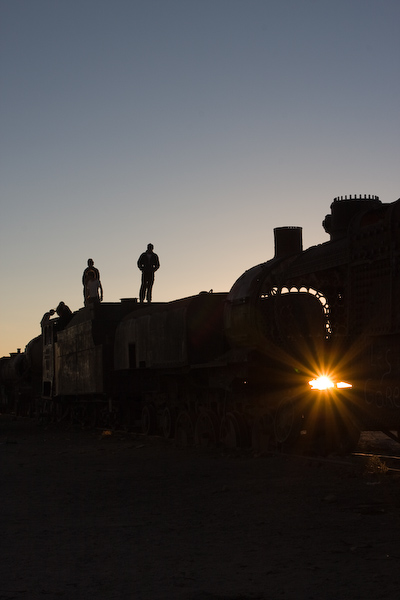 Other people were climbing the carriages 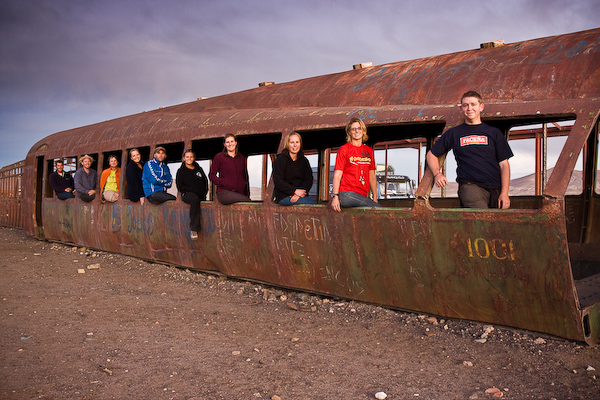 A group photo before we left

We drove back to the hotel we had dinner at Minuteman and then took ourselves to bed, sleeping off the rough travel day.