The days drive from Huanchaco to Huaraz took us from sea level to a pass at 4100 meters above sea level and then down to the city at around 3100 meters. The road took us along the coast and then headed inland and we started to climb, following the course of a valley which was a fertile green in comparison to the mountains in dusty greys and reds.

There were two incidents on todays drive. Firstly at a toilet stop Vanessa and Rhys managed to lock themselves out of the cab of Tranquilo. It took about thirty minutes to find wire that was appropriate for passing through the small gap at the top of the drivers door and then hook out the keys. Not long after this Vanessa realised she had left some things in the safe back at the hotel. This meant she had to leave the truck and taxi back to Huanchaco while the rest of us continued. We didn’t see Vanessa again until the next day. 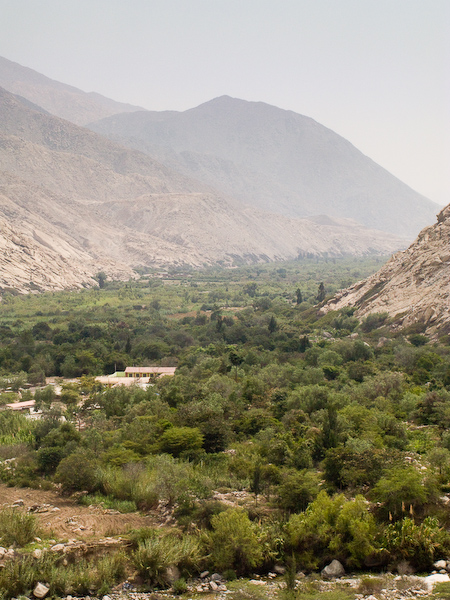 We continued and drove up the valley. We stopped for lunch in a rocky area of the valley floor. While eating we watched a goat herder take his flock down the side of the mountain and past us towards the river at the center of the valley. He was assisted by a woman in a vivid purple top, wide brimmed hat and holding a long whip. It was a brief but interesting distraction. 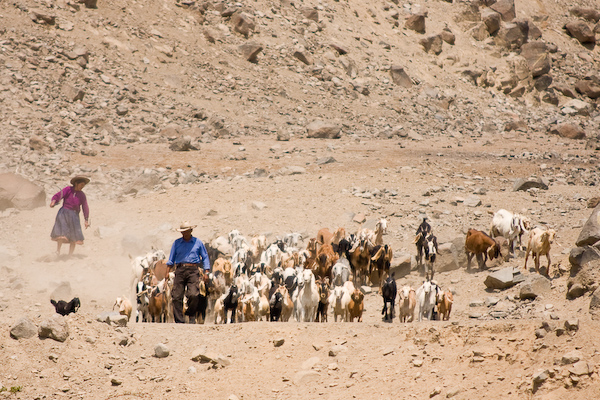 Herding goats down the mountain 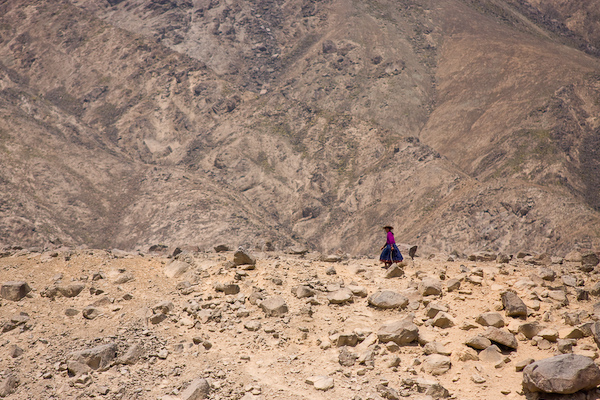 Heading back up the hill

We passed a number of other herders with their flocks of goats, donkeys and cattle. We had some leftovers from lunch that were handed out to lucky children along the route, the smiles were a joy to behold. The higher we got the mistier the weather and we passed through the high pass not being able to see more than a few meters out the windows before the scene turned white. It took a while to get through the pass, road works stopping our journey at a few points. Eventually we came to a plateau of flat green pastures with swirling clouds and mist in the distance. The sun came out as the flat turned into rolling hills, golden tussocks and black skies making for some nice photos. 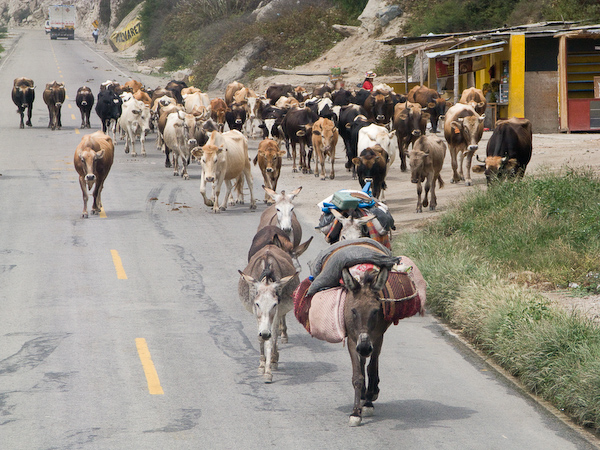 Donkey and cattle on the road 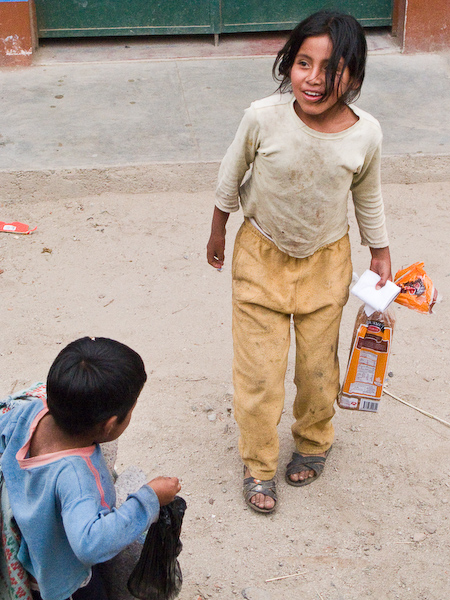 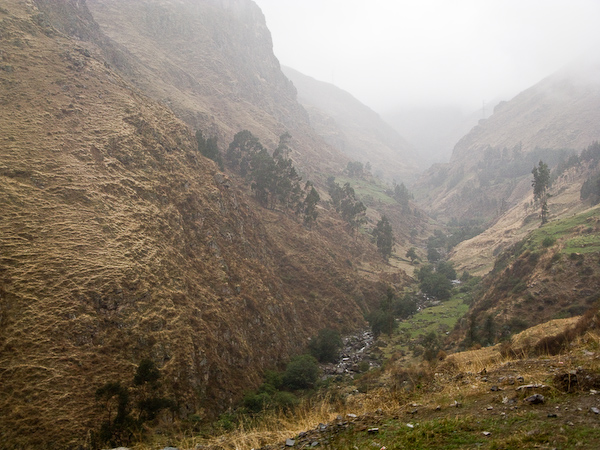 The valley appears out of the mist 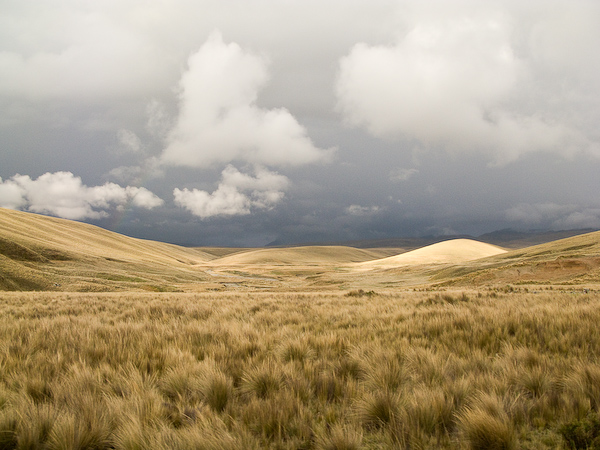 Sun on the hills

We arrived after dark to Huaraz and parked up outside the hotel, Jo’s Place. Jo is English and with his Peruvian wife runs a pleasant if eclectic hotel. We settled in and got pizza called in for dinner. Danny was most impressed by the bacon and egg pizza we received and everyone had their fill. Driving days always make people tired and after eating everyone disappeared to their rooms.