One last day in Lima and we spent most of it in the Miraflores area by the coast. We spent the morning arranging washing and getting our remaining travellers cheques from Tranquilo. This involved helping Vanessa with the shopping for the next few day’s meals and then taxiing out to the truck park where Rhys was in the middle of some serious mechanical work, the front axle and wheels in bits on the ground. We helped load up the supplies, got our cheques and went back into the city.

Cashing the cheques was easy enough and we had something to eat before heading back to the hotel. A whole bunch of people were going out to Miraflores so we all split into groups to get taxis and arranged to meet at the Larco Mar shopping centre overlooking the beach. We all arrived OK but there was some margin of difference in what we had been charged. Our taxi was charged 15 soles while another had been charged 40, the overcharged must have had a dodgy taxi driver. 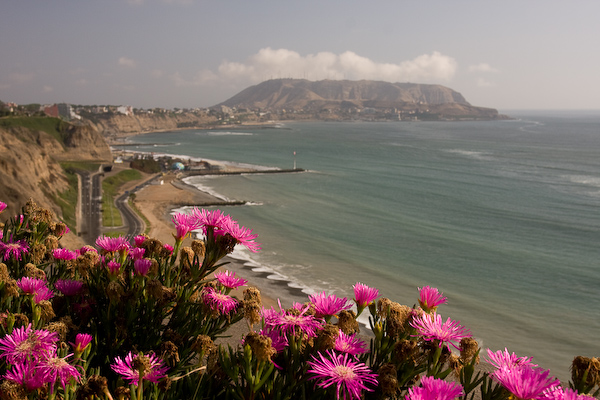 The view from Larco Mar 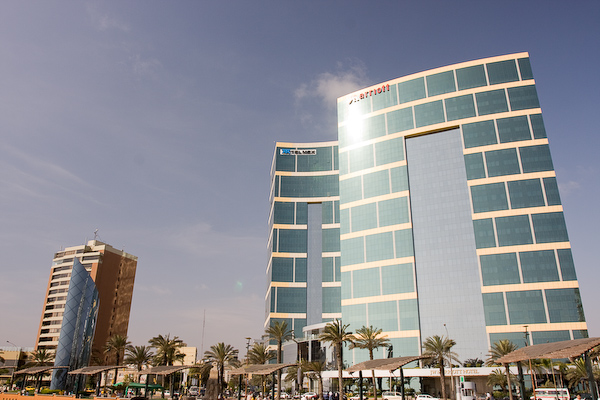 The afternoon was spent wandering around the mall and chilling. Keryn also helped Kerry out some more with her travel arrangements. I went back to the hotel just after 4pm with Albert and collected the washing. Walking back there were some blind people begging for money outside a church. I took a photo of one man who was playing a violin, he seemed at peace and I figured a couple of soles was OK for the photo and the music. 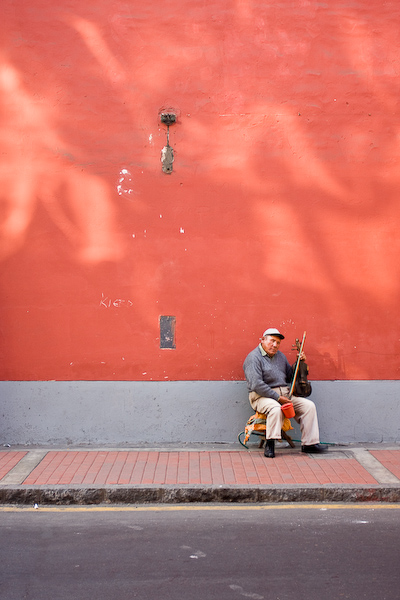 The blind man with his violin 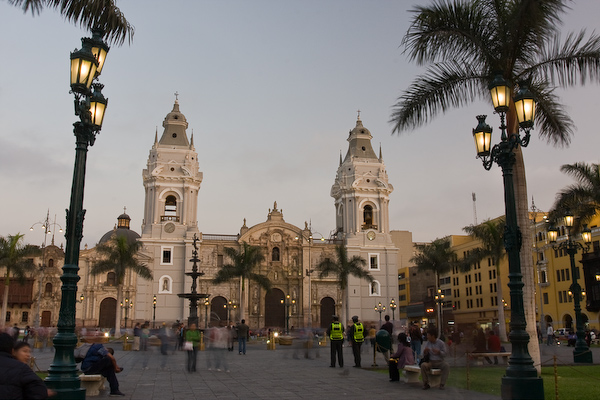 Looking to the Cathedral in the Plaza Major

I also went out to the plaza for some evening photos but came away uninspired. The rest of the new passengers had arrived and after their pre departure meeting we went out to get some dinner, almost getting ourselves lost finding a Chinese restaurant near the hotel. It was good to have a change in food, though many were surprised at the volume of food they had ordered. We were leaving Lima early the next day to avoid morning traffic and this was all the excuse required for an early night.