There are a few really good places for breakfast in Cusco and today we ate at The Real McCoy, a restaurant set up by a couple of expat Brits that serves food that you might get back home in the UK. I had cereal and toast with vegemite (it has been about three months since I’ve had vegemite – Rhys has some but I can only share if I say that Australia is better than NZ) and Keryn had a massive selection of fruit, toast, porridge and other stuff. The servings are big enough that lunch isn’t really required afterwards. 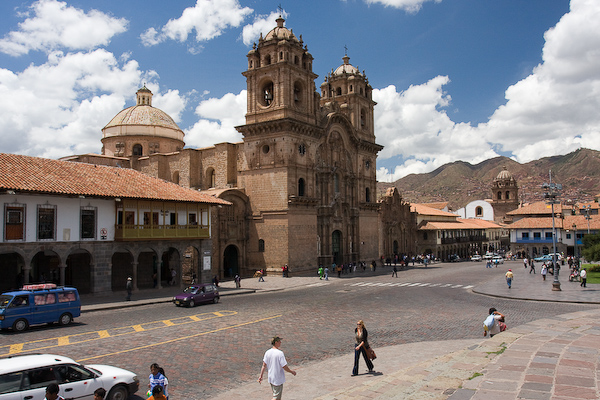 One side of the central square of Cusco 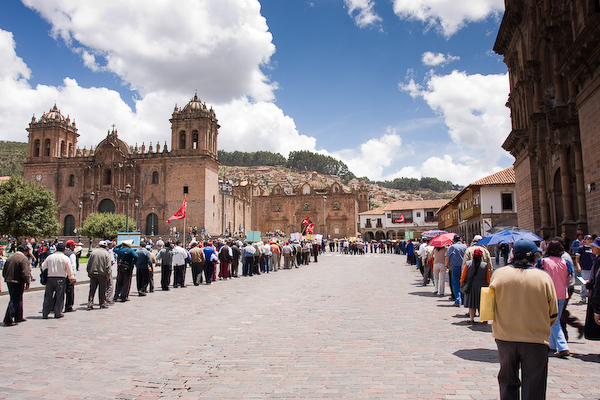 People marching in the square, protesting about proposed privatisation of a University

We wandered the center of the city after breakfast and had a look around a few shops, picking up supplies for the Inka trail. At lunchtime we went to the Cathedral on the main square and met up with Michelle and a few others to catch up over lunch. Michelle is in Cusco doing volunteer work and also taking some Spanish lesions, she flew here after finishing at Lima. Lunch was at a local restaurant called Qori Sara that was full of local people. The food was tasty and very cheap, very much recommended. 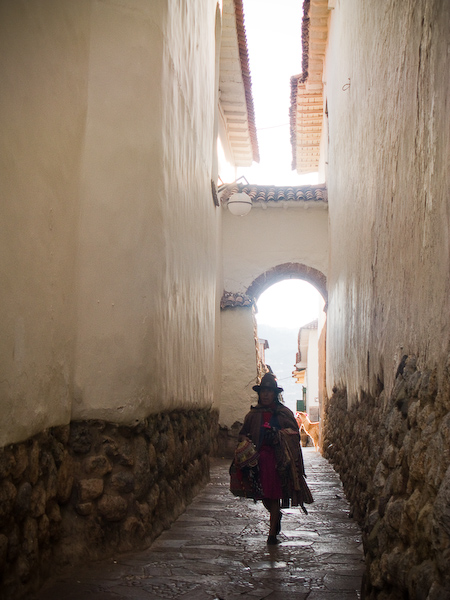 Taken in one of the side streets of Cusco

Keryn wandered around after lunch with others to do some shopping and I secluded myself to catch up on the blog. In the evening we ate at a small Israeli restaurant down the street from the hotel and I had a chicken wrap that was huge and very tasty. We packed in the evening, those doing the Inka trail receiving bags to put our gear into and so we sorted out what would be carried on our backs and what would be taken by porters. This was enough excitement for me for one evening so it was off for an early sleep.