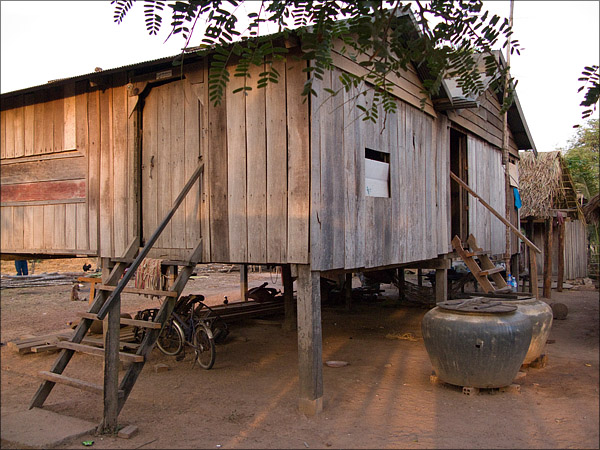 One of the buildings we slept in

Keryn should write this really, she was better prepared. Anyway, lets just say that by the time I woke up and more to the point got up we the group was about ready to leave. In the light (very bright, why was this?) of day the complex was found to contain a number of animals and people. Keryn and others shared accommodation with the family that lived in the complex while us latecomers were in our own building, probably to enable everyone else to get a good nights sleep I imagine. 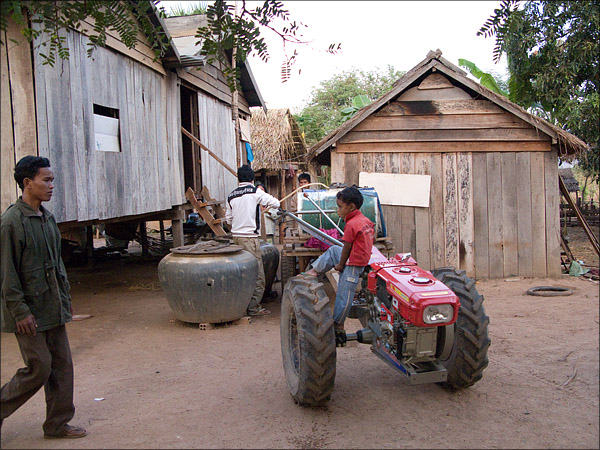 Various members of the family 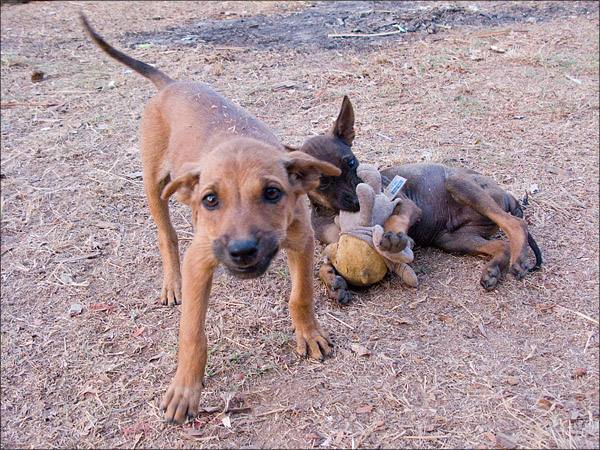 After a bit of freshening up courtesy of the fresh water trough in the bathroom (or small building with a toilet) we were soon into the van for the next part our our trip, a drive to the coast and the town of Sihanoukville.

After several hours of driving we arrived in Sihanoukville and drove to out hotel situated next to the Golden Lion Roundabout. The room we were first allocated was cold and smelled of damp so Keryn asked for a new one and we were soon moved into a much fresher room. After resting we headed out to find the beach.

The walk up the hill and down a dirt road to the beach was short, soon we were walking along a white sandy beach, making our way between chairs and tables set out in front of the numerous bars and restaurants that lined the shore front. We had lunch after stopping to talk to Kate and Claire and unfortunately it was probably the worst meal I’ve ever had, certainly the worst fish. The hunk of fish was seriously undercooked and after complaining it was taken away only to return with the raw bit seared to a char (and a quick check with a knife proved that it was still uncooked inside). We gave up on the meal and set off to explore the rest of the beach.

The afternoon involved the walk, some time on the Internet and then in the evening we were back at the beach for dinner which was much nicer that the aborted lunch. The beach was a hive of activity and we sat back, relaxing, chatting and watching the world walk by. It was an early night for us after a relaxed day, looking forward to the boat trip on the morrow.