The day dawned hot and clear which was a pity. Our first stop of the day was the site of the Quilmes ruins, an ancient city on the side of a local mountain. Because it was so hot and we were all tired we didn’t really have the required enthusiasm for the tour and I’m sure the tour leader we had must have been quite disappointed with us. 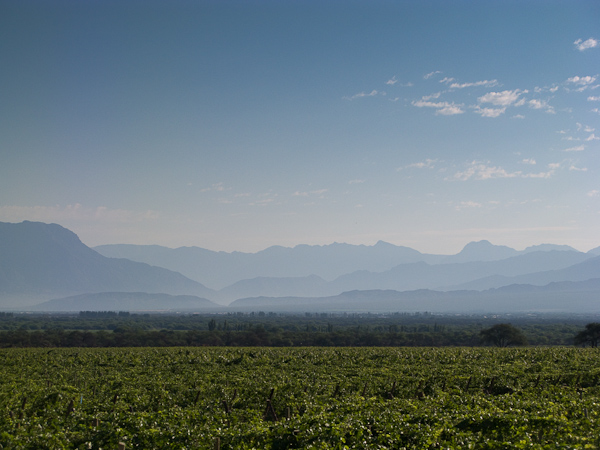 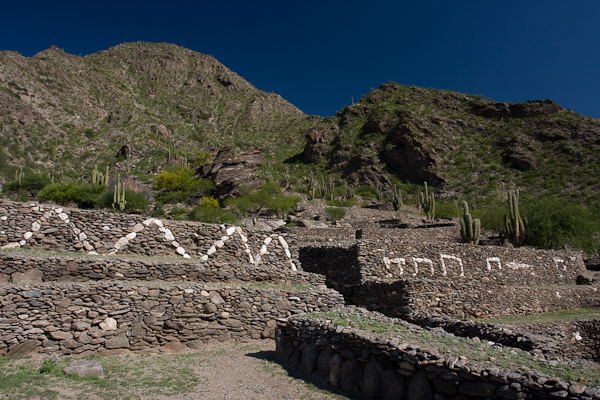 Looking at the Quilmes ruins 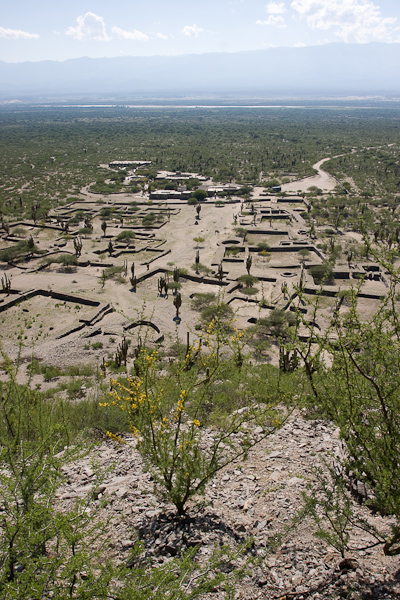 A view over Quilmes

The ruins were interesting, stone buildings set into the ground over a large area leading up the slope of a hill. Flanking the city were two forts set half way up the hill and at the top was a temple. We walked about and our guide translated for the site guide who accompanied us (a job Vanessa could have handled). On a different day it would have been a nice place to visit but we were all wilting in the heat and there wasn’t any shade to hide under. The ground was littered with small stones and there was quite a range on minerals to be found just lying around. The small mica pieces were quite attractive. 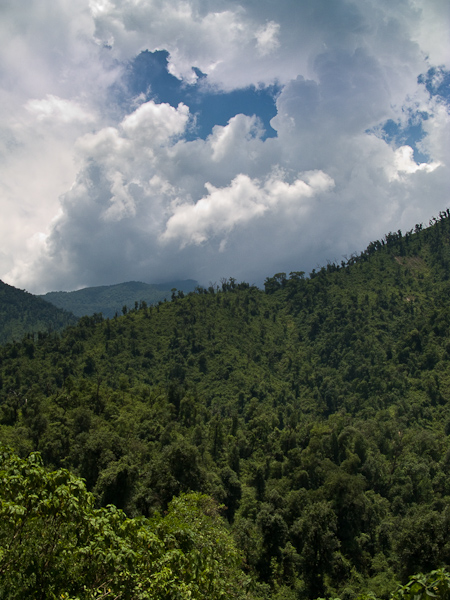 Driving over the wooded mountain 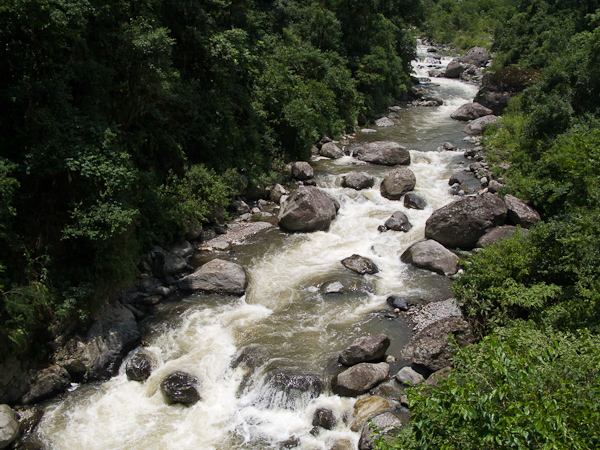 The river running alongside the road

Once the tour was over we drove on, a long day of driving ahead. The drive took us over a mountain pass, it being a nice day on the weekend we saw lots of Argentines out enjoying the time by camping out in the forest alongside a beautiful looking river, lots of asado’s being prepared and swimming being done.

We ended the day at a bush camp outside a nearly deserted railway town, the rail line long since disused. The buildings of the town were all at the point of falling down, if we hadn’t have seen people I would have thought it was a ghost town. We camped on the edge of the down in a dusty area between spiky trees. Rhys cooked up a BBQ and we had a pleasant evening of eating and relaxing. Cows came close to the campsite and were chased off, the wind got up a bit in the evening and it rained overnight, but still it was an enjoyable night. 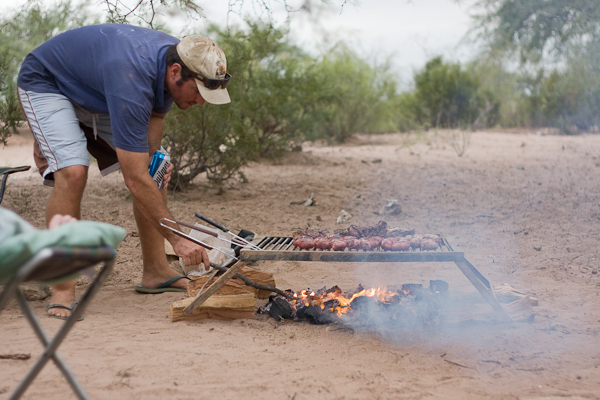 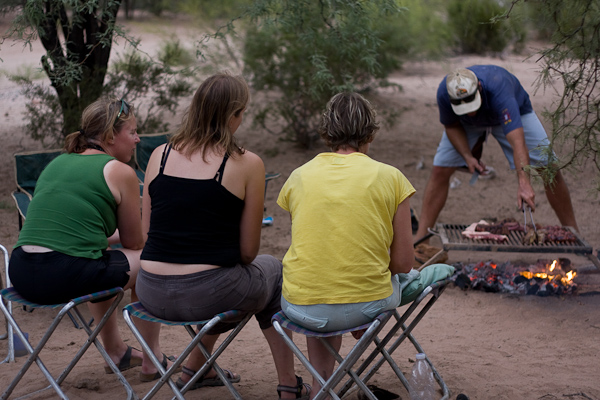 Waiting to be fed