We set off much too early heading towards Lima. We drove back down the same valley road we had come up on, heading out to the coast before turning north. The weather was much more pleasant this time around with sun and good visibility. Stopping at road works we took photos of local children who had come towards Tranquilo in search of gifts and these were duly provided, candy and biscuits being thrown out. 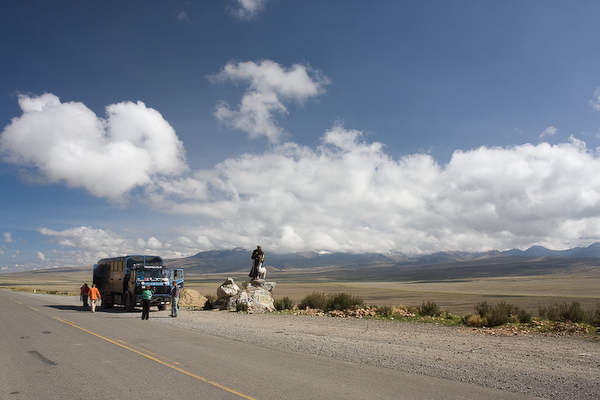 Stopping for a toilet stop and scenery break 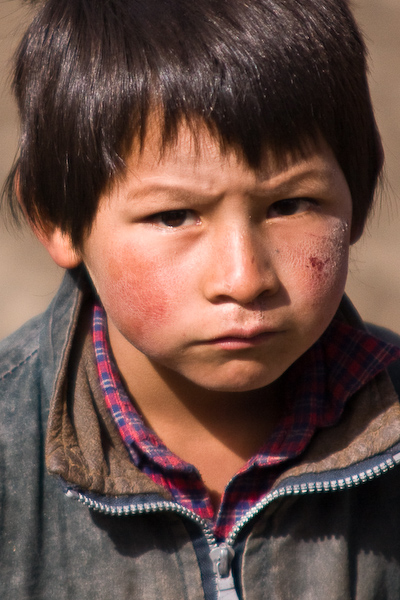 One of the road works children

At some point in the day Danny found some short pink beach pants that someone had purchased in Mancora (though no-one admitted having buying them). He managed to put them on without anyone noticing and then proceeded to prance up and down the inside of the truck to everyones amusement. Later on as we had lunch he entertained a group of local bikers who had pulled up on the other side of the road. It was all a little bizarre but bought some fun to the day. 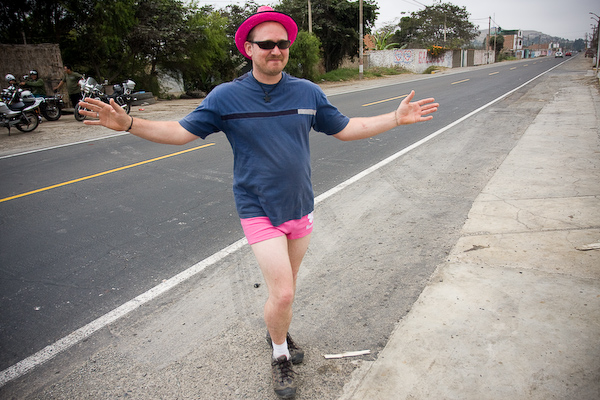 Danny, confident in his sexuality

We approached Lima with some trepidation, the APEC summit was underway and we didn’t know if this would mean traffic diversions or other interruptions. It turned out to be a mostly smooth drive into town and we were unloading in front of our hotel in short order. As the truck was parking out of the city centre and it was also the second last day of this section of the trip we had everything off the truck. We had a group meal at a restaurant in the old quarter not too far from the hotel and then it was back to the hotel.