The weather this morning was rotten, heavy rain and more wind than the previous day. Needless to say the snorkelling was cancelled. We had a nice breakfast and spent most of the rest of the morning at the hotel reading, after first going for a short walk to the nearby public beach. There was a chance there might be good enough weather in the afternoon for some diving to take place so Keryn and I headed to the dive shop at midday to see what was happening.

Luckily diving was on so Keryn joined Richard and Dylan on a dive trip that headed out at half one. I trudged to the other end of the main street and back, stopping at a supermarket to get some snacks for the coming driving days. I typed a bit and messed around with photos and then sat talking with others from the group. I joined Josh for lunch, Josh had been out with some of the others the previous night at Bar in the Bush and Treetanic, two of the livelier party venues on the island. Somehow he had got an infection in his eye and this coupled with his broken toe (broken in Panajachel) meant he wasn’t feeling the best. I joined Angie heading to a local Internet cafe and managed to fix her laptop which hadn’t been connecting properly to wired networks. Coming out of the cafe I spotted Keryn heading into the next door dive shop so popped over to see how the diving had been. 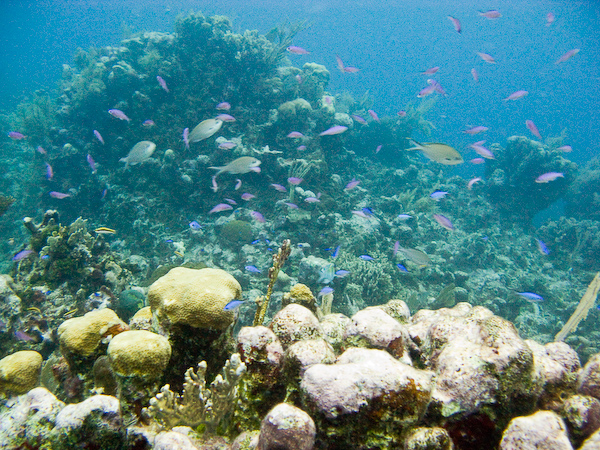 Fish and coral off Utila 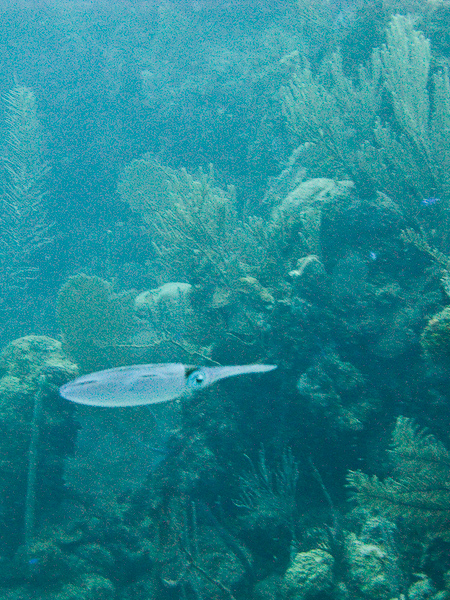 One of the squid 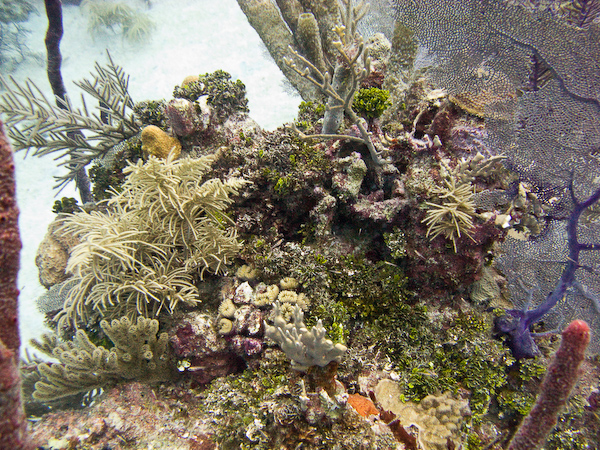 An example fo the variety of coral on display 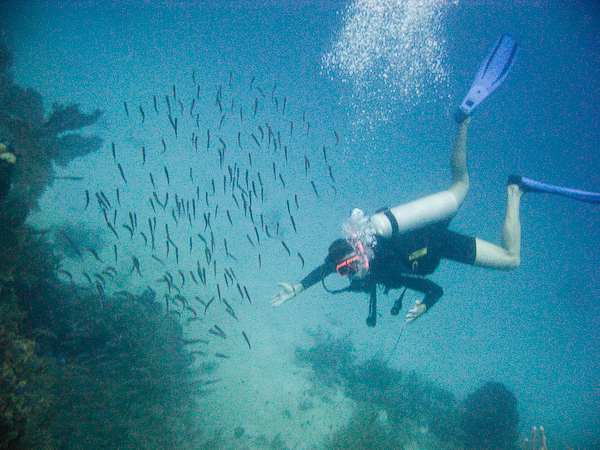 Dylan and a school of fish

The diving was good and while they hadn’t seen a lot of fish they had seen impressive coral and a few different things like squid and a moray eel. Keryn sat with her dive master going over her photos and identifying the fish while I walked back to the hotel to be ready for the nights briefing. Josh went over our next two driving days and we all went out to dinner at Munchies. Our waiter was the same we had had at Bundu’s two nights previous, the staff actually work at a number of different places as places tend to open only a few nights a week in the low season. The food was OK, Josh’s whole red snapper probably the pick of the food received. We had an early start so retired early to first pack our bags and then get plenty of rest.