We’re currently on holiday in Cambodia, travelling with the tour company Intrepid from Bangkok (in Thailand) to Ho Chi Min city (in Vietnam). Today has been the first of two days in Siem Reap, the largely tourist town nearby to the temples of Angkor Wat. We arrived in Bangkok very late at night (early in the morning actually) and were picked up from the airport by my Uncle Michael. He and Ning were providing a bed for the night meaning we didn’t have to worry about organising a hotel.

After a few hours sleep and a bit of breakfast we had a short walking tour of the area around their home, travelling the narrow paths between local houses and walking along the neighbouring canal. Near a boat stop the water was full of large catfish that were surfacing repeatedly, presumably to eat bugs on the water. We walked past a local mosque and briefly visited a temple of the far side of the canal. 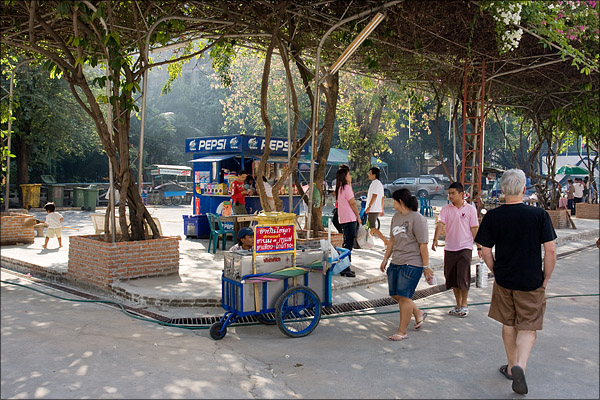 Walking with Michael in the area near his home

As the day warmed up Michael and Ning prepared for their own holiday and a taxi was arranged to take us to our tour hotel – The New World Lodge Hotel – in Bangkok city. 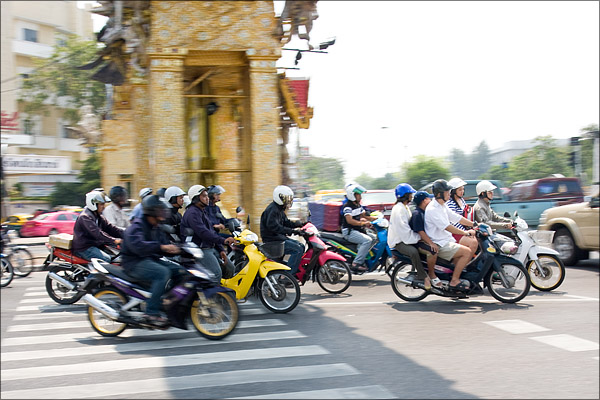 Motorbikes racing away as the lights change

We spent the afternoon seeing the sights, visiting the Grand Palace where we were treated to a religious ceremony involving many people chanting while we wandered around. Most of our journey was taken via Tuk Tuk but we were scammed somewhat in the for every place we visited that we wanted to see we were also taken to a tailor or gem shop and encouraged to purchase things we just didn’t want. Still, we saw a nice temple with four large golden Buddhaâ€™s that isn’t normally open to the public and also the Marble Temple (it was a public holiday for the Full Moon Water Festival which meant the Grand Palace had no entry fee and a few places were open that wouldn’t normally be). 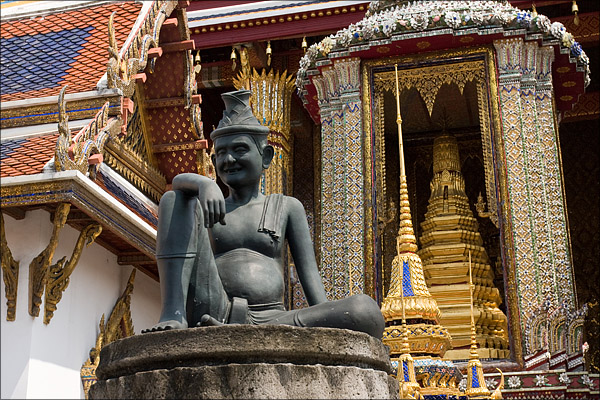 One of the Buddha at the Grand Palace 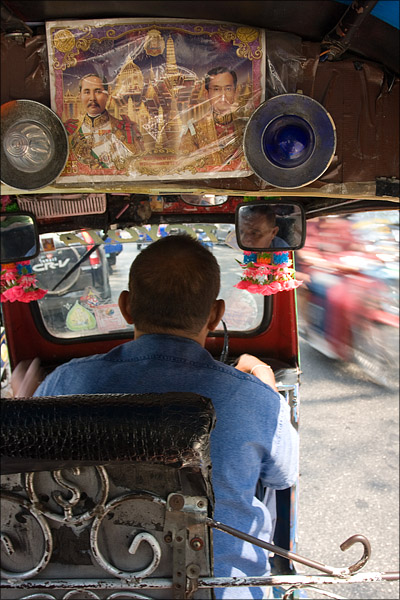 Our Tuk Tuk for the afternoon 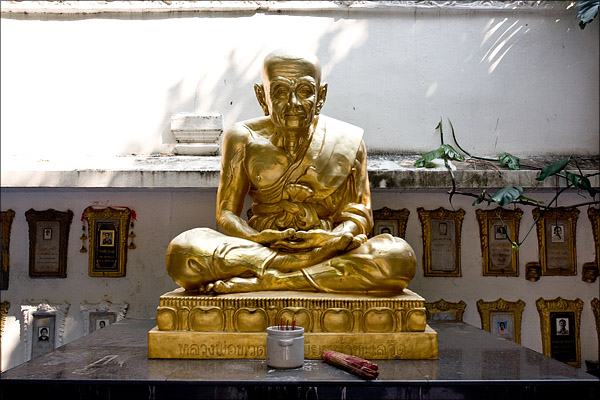 An impressive statue at the four Buddha temple

Our tour started in the evening with the usual meet-up where the guide for the trip introduces himself (Pete, Cambodian, 5 sisters) and we meet our fellow travellers. Other than the presence of a few mosquitoes this meeting went well and we were given some time to prepare for a group meal, which was had at a local restaurant. The food was ok and we all talked and everyone seems to get along well. We found out that we were the only ones not staying for the full 28 day (Cambodia and Vietnam) journey which is a pity, we’ll just have to make most of the time we have.