We again attended the Petone Winter Carnival this year, having enjoyed our visit last time around. We weren’t quite as organised this year and turned up late for the fire sculptures, most of them already alight or finished burning when we finally got to the beach. We got to see the final two burning, the last memorable but for the wrong reasons.

It was quite warm for a winters night and there was a breeze coming onshore. The tide was also coming in leaving not a huge amount of room for the sculptures and presumably to aid safety there was a perimeter set up to stop people getting too close to the flames. No one was behind the perimeter, largely I think because the incoming water meant you either got wet feet or stood inside. As the flames took hold the wind took the smoke and pushed it towards the road and the roadside stalls.

The last sculpture was a stylised tree and the leaves looked to be large pieces of foil coloured paper attached to the wooden structure. As the leaves caught fire they detached from the tree and were carried towards the road. There were also a lot of sparks and the on-site firemen were busy hosing down the adjacent food stalls so they didn’t catch alight. As the number of flaming wind borne leaves increased the fireman were quickly onto the beach and dousing down the sculpture, bringing a quick end to the spectacle. The increased smoke did make for some good photos, hopefully next year there is less wind (or it’s offshore) and the tide isn’t quite so far up the beach. 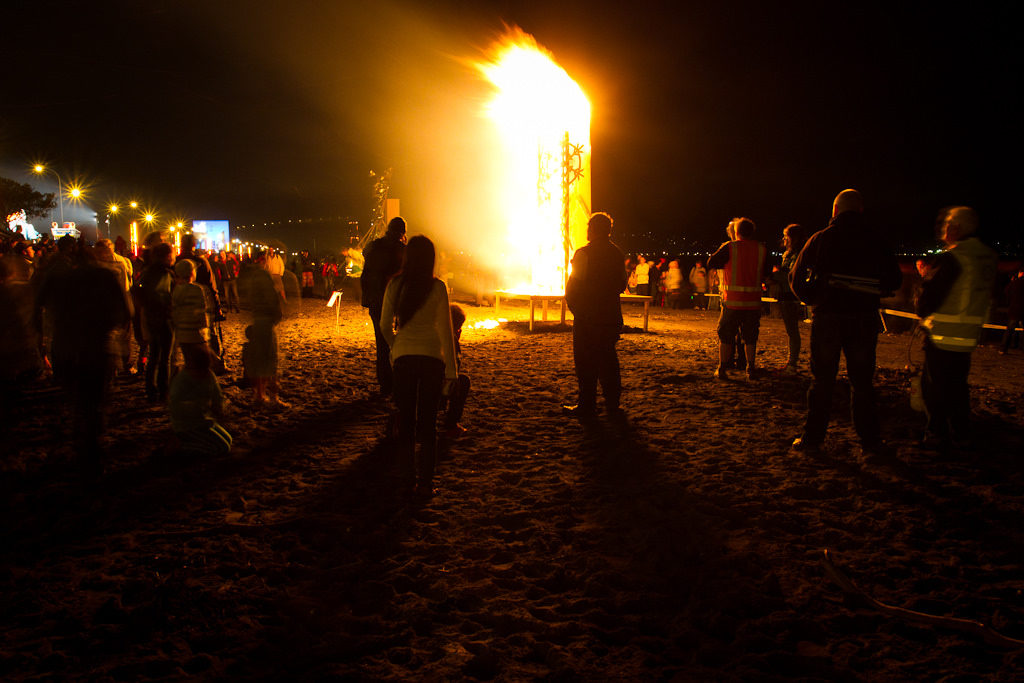 The crowd ignores the barriers and watches the penultimate sculpture burn 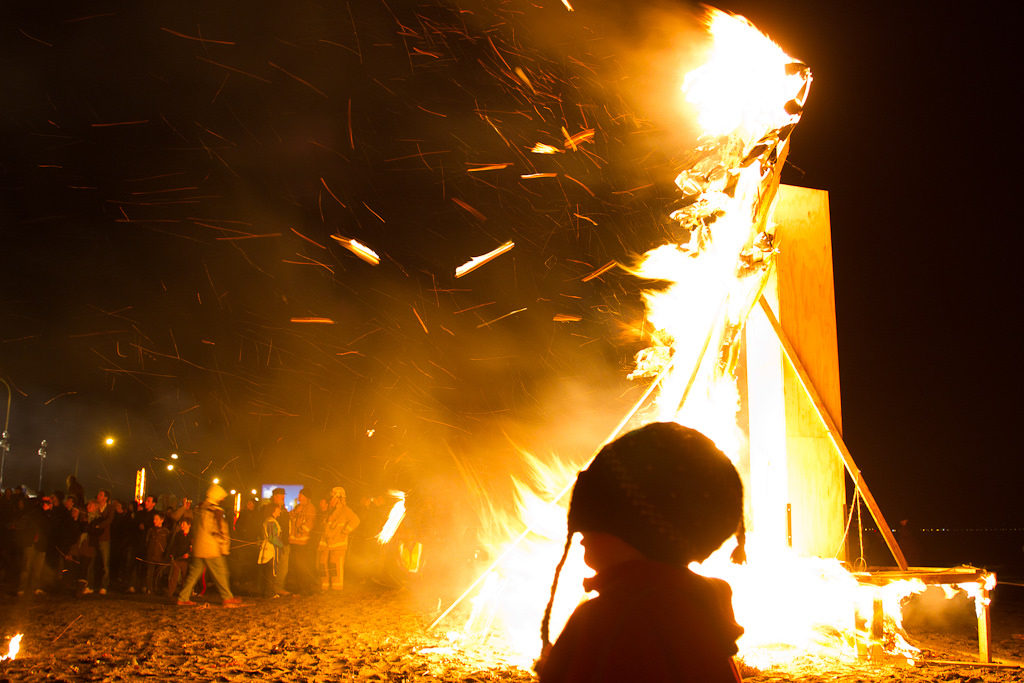 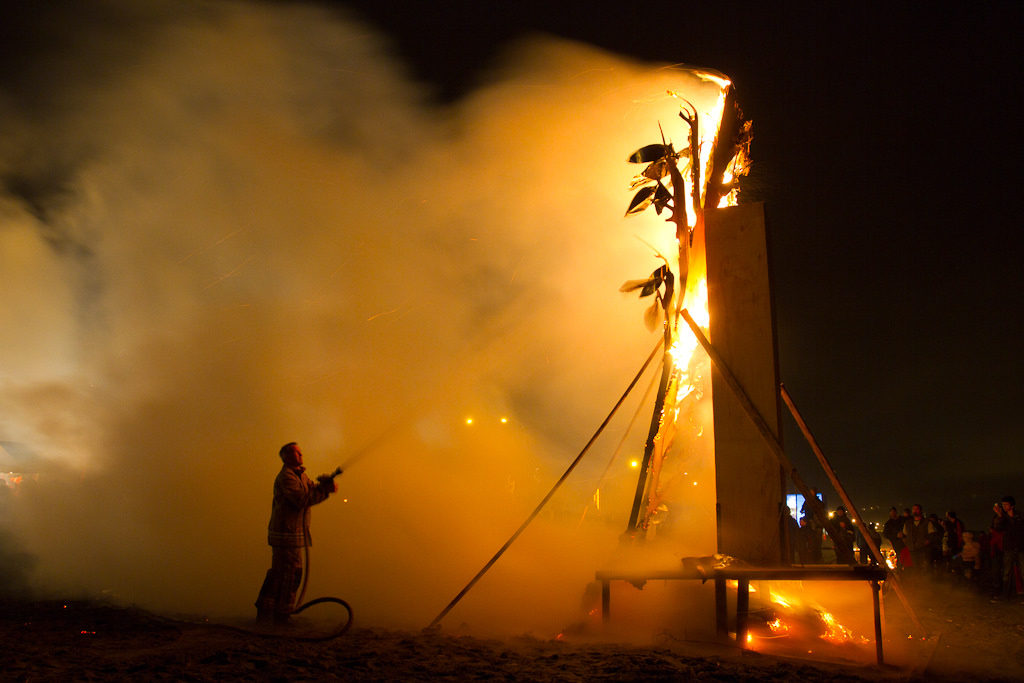 Hosing down the sculpture

There was still an hour to go before the fireworks so we walked back to Petone and got some burgers for dinner. The plan was to then head down the beach and away from the crowds to get fireworks photos but we left it too late and didn’t find anywhere to park in time, so missed most of the fireworks. We’ll have to be more organised next time. 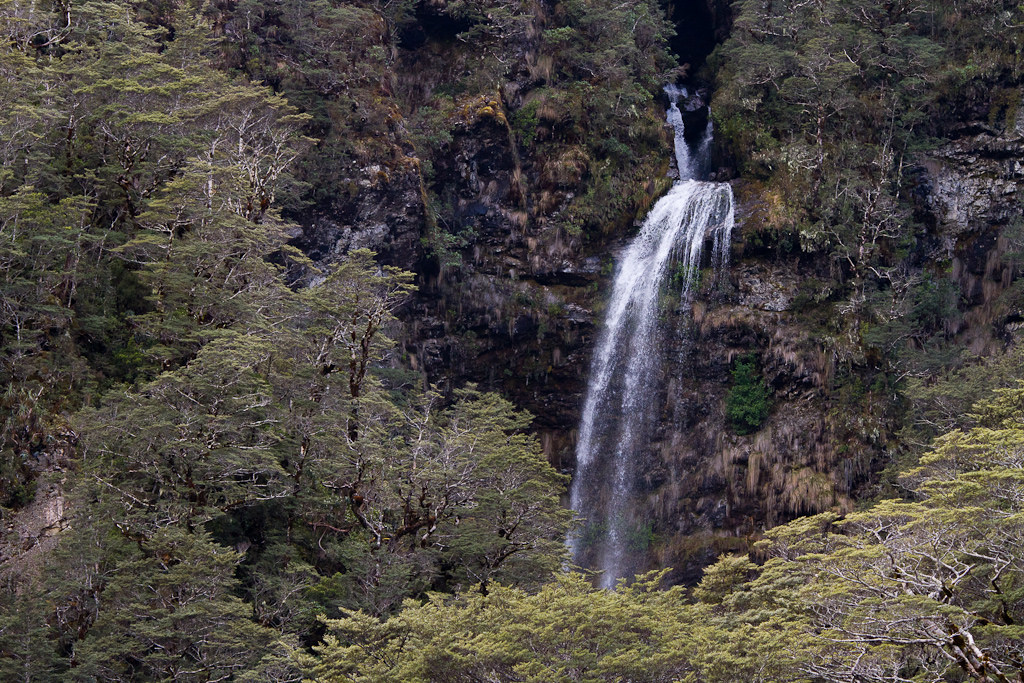 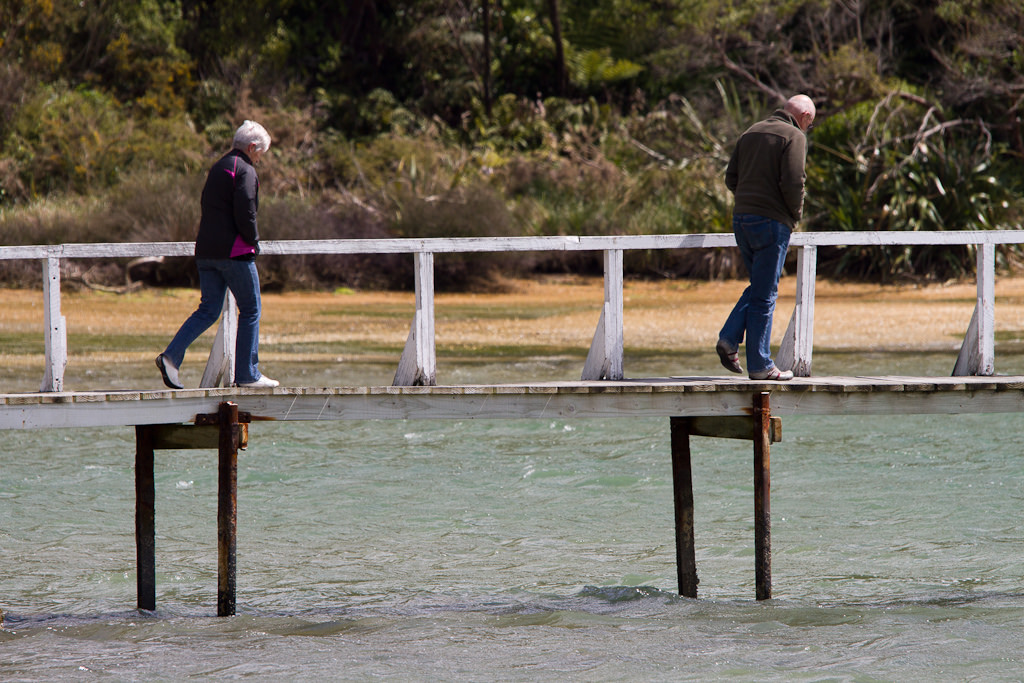