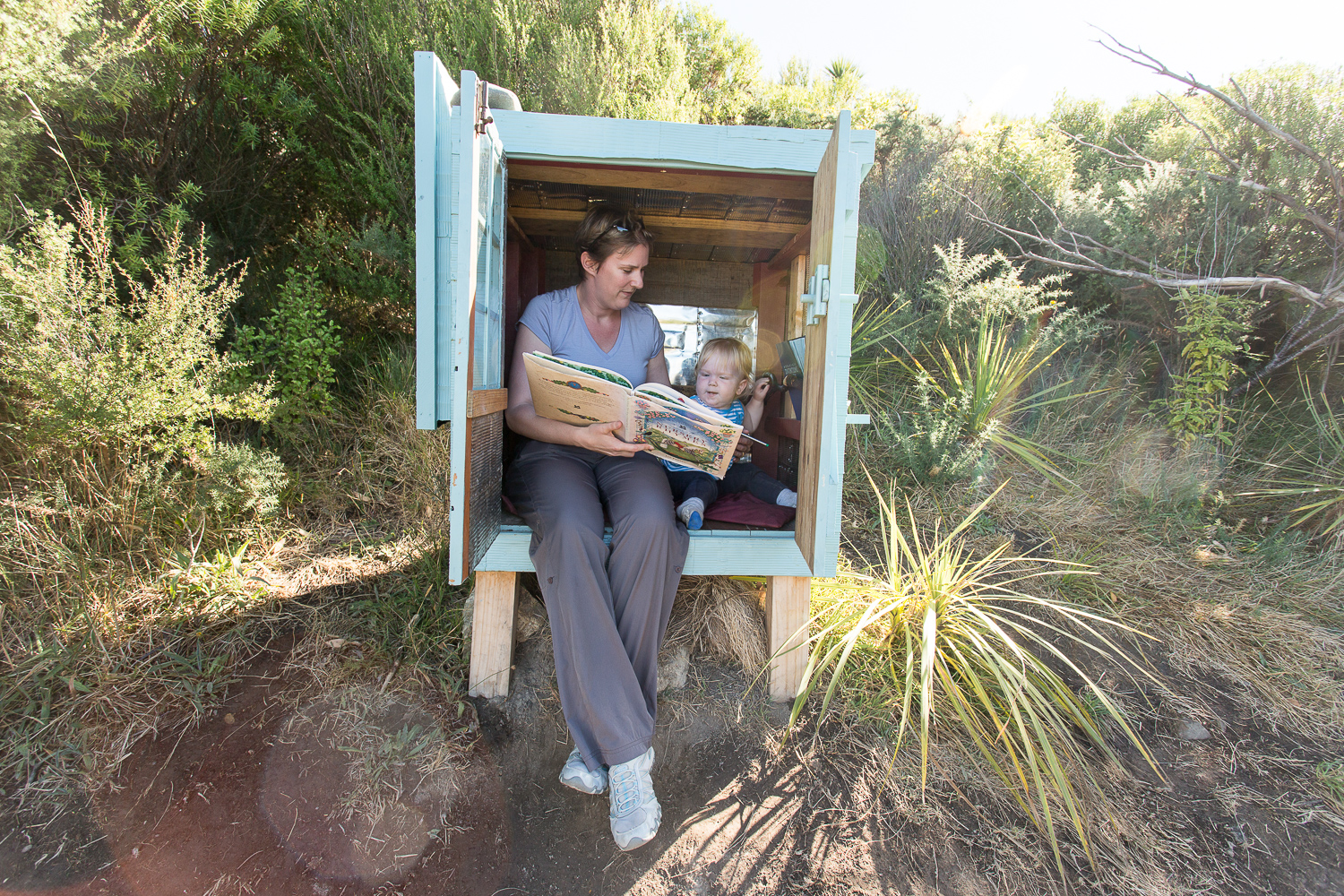 Recently we heard about an interesting public art project in Wellington created by Kemi Niko & Co. Titled Miniature Hikes the project involves 7 miniature huts that have been placed in off the beaten track locations around Wellington. Each hut can be found after a short walk using the instructions found on the Miniature Hikes website so armed with this information we’ve been setting out to see what we could find.

Our first target was the Mt Albert hut named Portal. Joining us for this mini adventure was Pauline who we hadn’t seen in a few months so it was good to catch up while we walked. Possibly because of the catch-up chatter we missed the side path we needed to take the first time through and ended up walking for about ten minutes longer than we had to. This wasn’t a big issue as it was a beautiful day and there were wonderfully expansive views over Wellington from the ridgeline track we were following. Turning back we soon enough found the track we had missed, an overgrown gorse surrounded little path that was easy enough to bypass if not paying attention.

The Portal hut was sitting on the remains of an old concrete military bunker. Canvas flaps opened up to reveal a shelter containing a pinboard covered in notes written by previous visitors. There was also three jars, one each to hold a pen, some pins and some paper. We all inspected the contents and had a look around. We were soon enough joined by another family also out hut hunting so we left them to inspect Portal and headed back.

We took a diversion past an old reservoir and under a radio mast to another lookout and another bunker. Keryn, Pauline and Alayna had a rest and a chat while I inspected the bunker and checked out the view. There were more photos taken and then we were back on the move and walking to the car, our first of seven huts found and curiosity piqued regarding the remaining six.

The next weekend we headed back into Wellington for some shopping and then more walking with a chance of hut sightings. Our first target this time was the Trees Hut on Mt Victoria. With Keryn navigating we parked in a location that looked to be close and this proved to be the case with the hut hanging above a path only a minute from the car.

The Trees Hut was suspended from the branch of a pine tree. Constructed from wood with a metal façade on the ends and a metal clad chimney the hut looked like the home of a steampunk fairy. Underneath the hut was a corrugated metal weight and when viewed from underneath the hut itself was found to be a hollow shell with the suspended weight attached by rope to a pulley. Pulling the other end of the rope revealed a notebook with a pen for leaving a message. Alayna was very interested by this strange hanging construction and was trying to get closer for a good look so I took her over for a viewing. She was keen to play with the pen and paper so I let her have the pen for some pretend drawing.

As with the last hut there were other people out searching who arrived to have a look while we were still present. This couple were walking between huts and were obviously craft beer fans judging from the slogans on their clothing, out earning their beer today.

It was edging closer to Alayna’s dinner time but we had time to seek out one for hut so with Keryn again navigating we headed towards Mt Cook, home of the Aoraki Biv. The suggested starting point had no room for us to park so we headed up the road and found a good shady spot to leave the car before tramping off in what we hoped was the right direction. This was another walk with great views, Wellington Harbour gleaming sapphire under a clear blue sky with the Rimutakas in the distance shrouded under lenticular cloud cover carved by the blustery wind.

We found the Aoraki Biv, a much larger hut that was spacious enough to allow Keryn and Alayna to sit inside. Even better was a book of nursery rhymes so Alayna was quite content to sit in the hut and look through the book while I took the obligatory photos. Again there was a visitors book and this one had some blank pages so we allowed Alayna to doodle and then entered all our names as a record of our visit.

Once again there were more people out looking for huts who found this one while we were there, a young English woman with her two children and then the beer aficionados we had met earlier at the Trees Hut (they had walked from Mt Victoria so definitely deserved a pint or two once they got home). We left everyone to check out the Aoraki Biv and headed home ourselves, three hikes completed and four more to do before the huts are retired at the end of March.

One thought on “Miniature Huts – Part one” 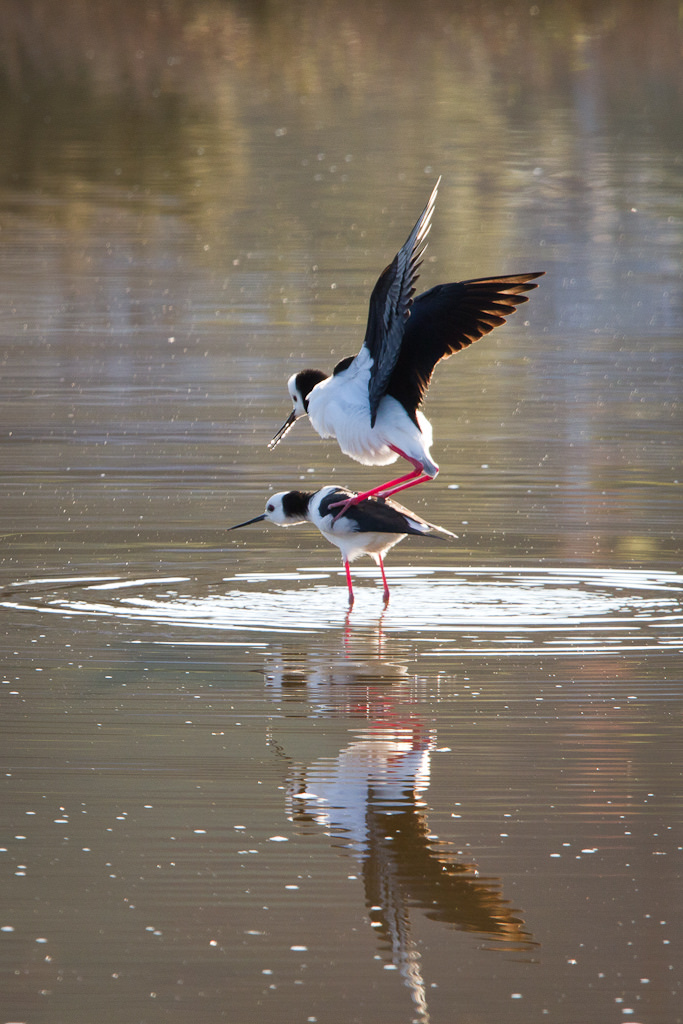