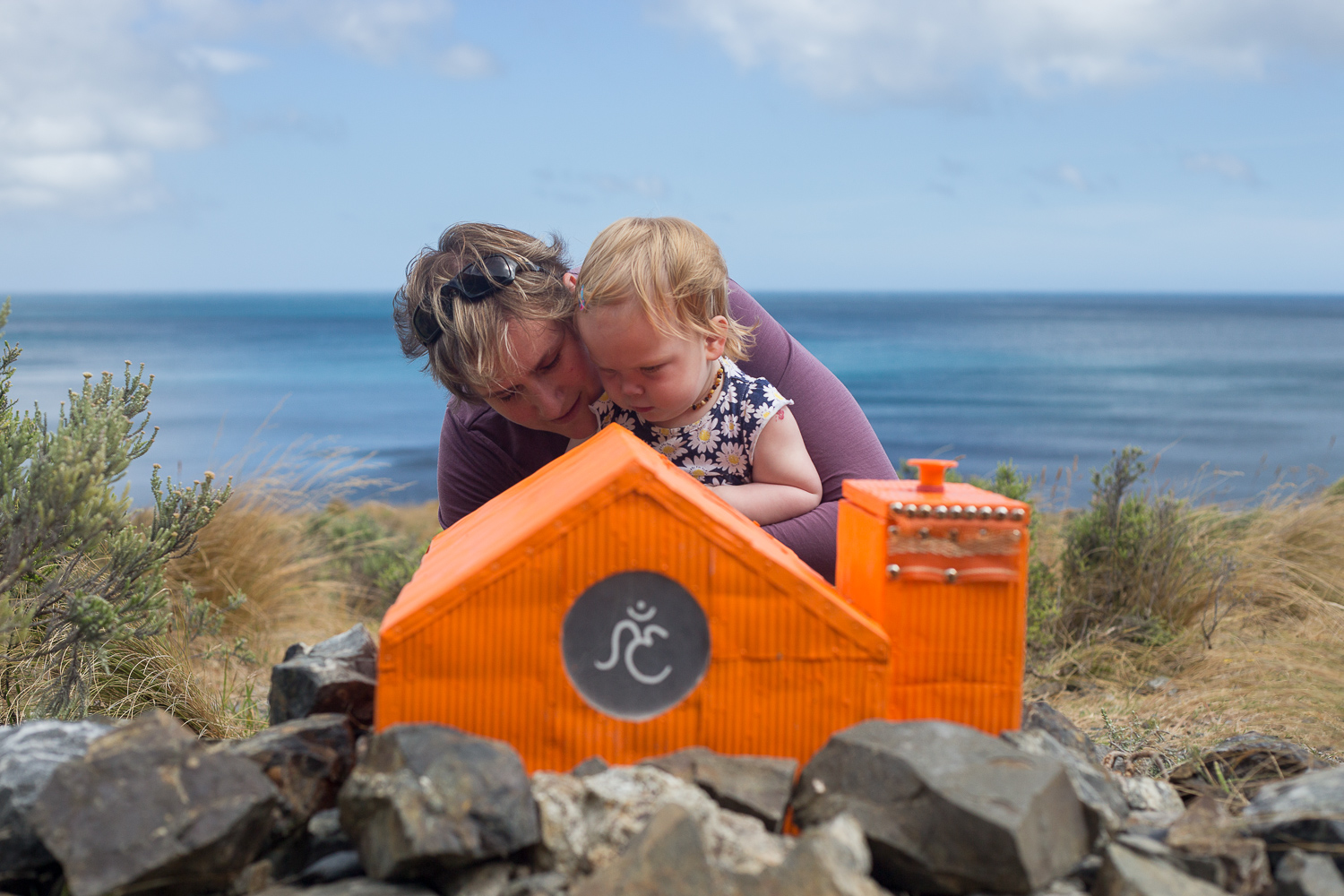 After a morning of chores and a little bit of footy practice the afternoon was set aside for some more hiking around Wellington in search of Miniature Huts. There are two huts on the south coast so we targeted them, starting with the Robin Hut to be found somewhere near Red Rocks.

Parking at the Red Rocks carpark has become a bit more difficult lately with the influx of tourists taking advantage of the free camping status. We managed to find a spot and after a quick look at the view it was off walking.

The instructions for finding this hut said to take a track up from the beach onto the plateau below the old quarry. The landscape was all grasses and low shrubs, no doubt the occasional gale force southerly discourages anything more substantial. This made finding the hut fairly straightforward and we we further helped by the bright orange colour of the wee building. There was another clever spot for the log book, this time the chimney had a roof that came off revealing the book and few other little nicknack’s like a couple of little plastic animals.

We let Alayna investigate and once again she was interested in the log book, leafing through and then using the pen to have a play (no drawing this time). Keryn showed Alayna the south side window and Alayna was then keen to have a good look, getting up close to see what was inside. The miniature hut them continued on the inside with a tiny table, bunk bed, pots and pans and other things you’d expect to find in your everyday back-country accommodation. All of the huts so far have had fantastic attention to detail and construction, they’d last well beyond the end of March if left I should think.

The wind was picking up so we got all our gear together, helped Alayna into her backpack and headed back to the carpark.

The next target was near the eastern most point of the Wellington south coast road at Tarakena Bay. We knew that the Tarakena Trail hut was the smallest of the seven and there was a note on the website that people had reported that this hut had gone missing so we were ready for a bit of careful searching. The logbook was housed separately and was easily found on the Tarakena Trail itself but as expected it took us quite some time to find the hut.

With little to no cellphone reception we were without our maps so we ended up going too far on the trail. Alayna and I wandered the rocks and checked out every nook and cranny while Keryn stayed closer to the trail and tried to find a view that matched the photos we had seen. In the end we backtracked to the log book and searched the coastline back towards the carpark and this finally brought us to the hut which was perched on a rocky outcrop and fairly obviously with its rich red paint job.

It was a little tricky getting Alayna safely to the hut but we managed it, Keryn taking a few photos of Alayna having a look while I made sure she wasn’t going to hurt herself on the rocks or fall into the sea. Again the wind got up so there was a lot of just holding Alayna securely in place waiting for a good safe moment to move.

Rather than putting Alayna back into the backpack we let her have some free time. She has been enjoying trying to put on Keryn’s sunglasses lately and she took her chance to grab them off of Keryn and tried them on for size. We then helped her walk back to the car, though I’m pretty sure she would have happily sat playing in the sand of the path for hours if we’d let her.

It was getting close to Alayna’s bed time so we made a snap decision to get fish and chips on the way home and ended up finding a good store in Island Bay. Our crumbed fish and home made chips from Bay Takeaways were really good, we’ll be back again I think. Two more huts left to find, hopefully we’ll get out tomorrow and spend some time on Matiu/Somes Island and then in Aro Valley and we’ll have completed the set. 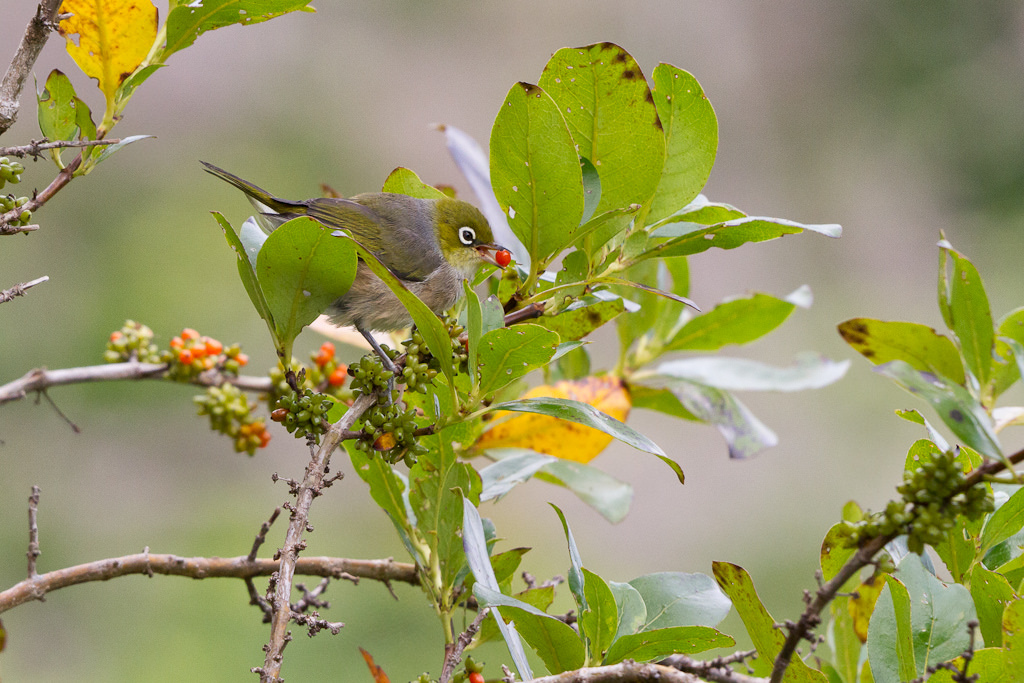