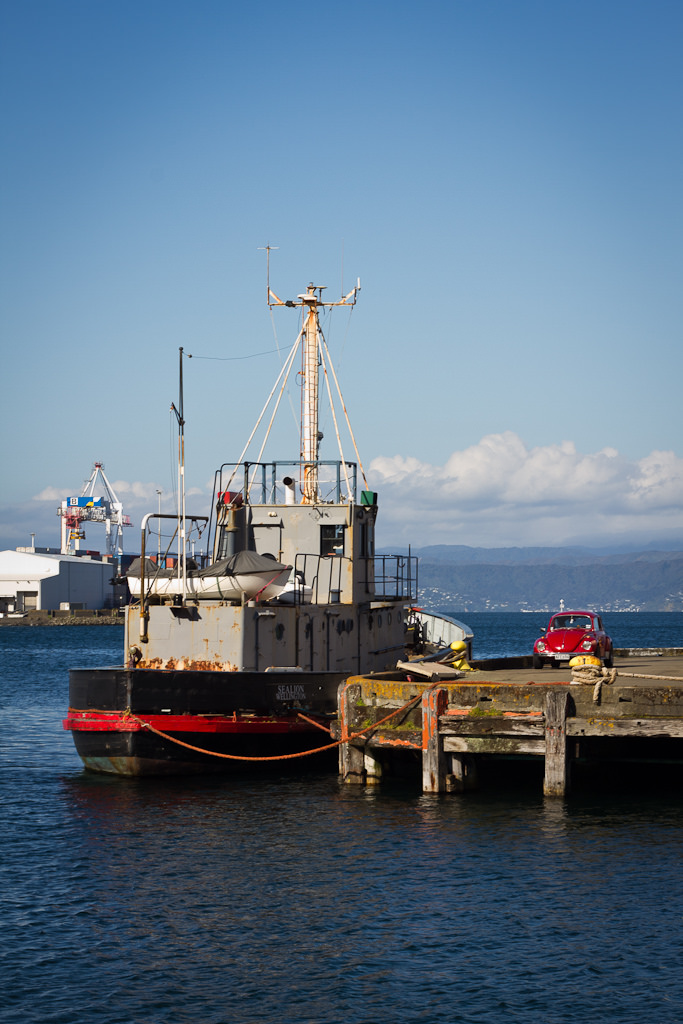 Thursday evening I joined up with some other photographers for a walk along the Wellington waterfront. We walked from Shed 11 to Frank Kitts park taking photos of anything and everything, though none of us were keen enough to brave taking photos of the emo crowd queuing for the nights Paramore concert outside the TSB Arena. 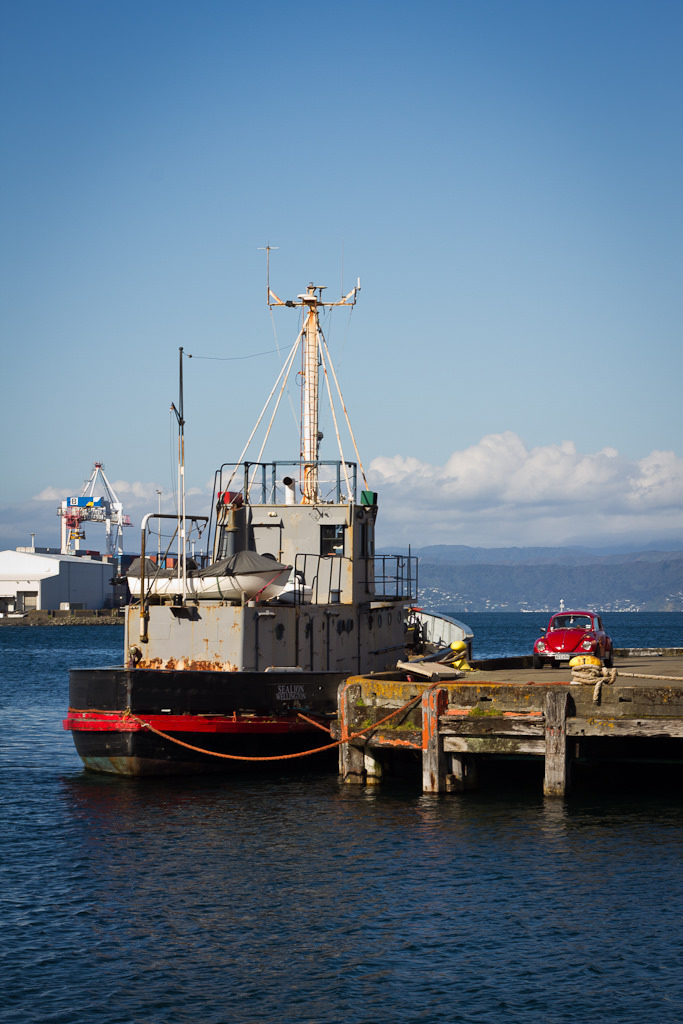 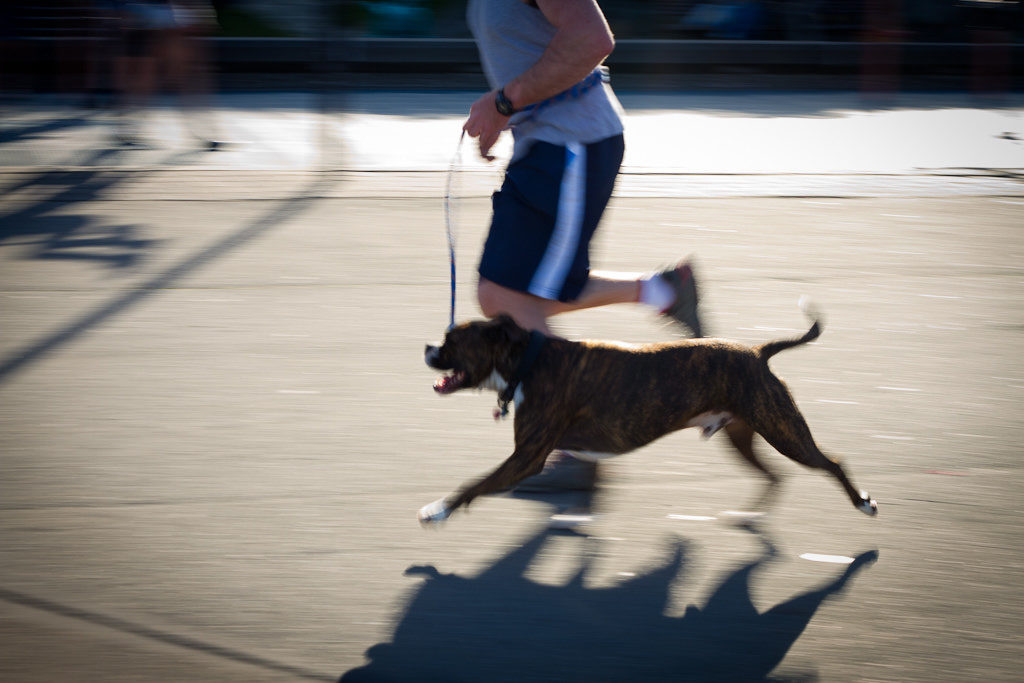 Being taken for a run.

Near Frank Kitts we happened upon a couple of guys free running (parkour) and ended up following them around as they practised on the features and fences of the waterfront path. They made the jumps and traverses look effortless at times, it was very interesting to watch. 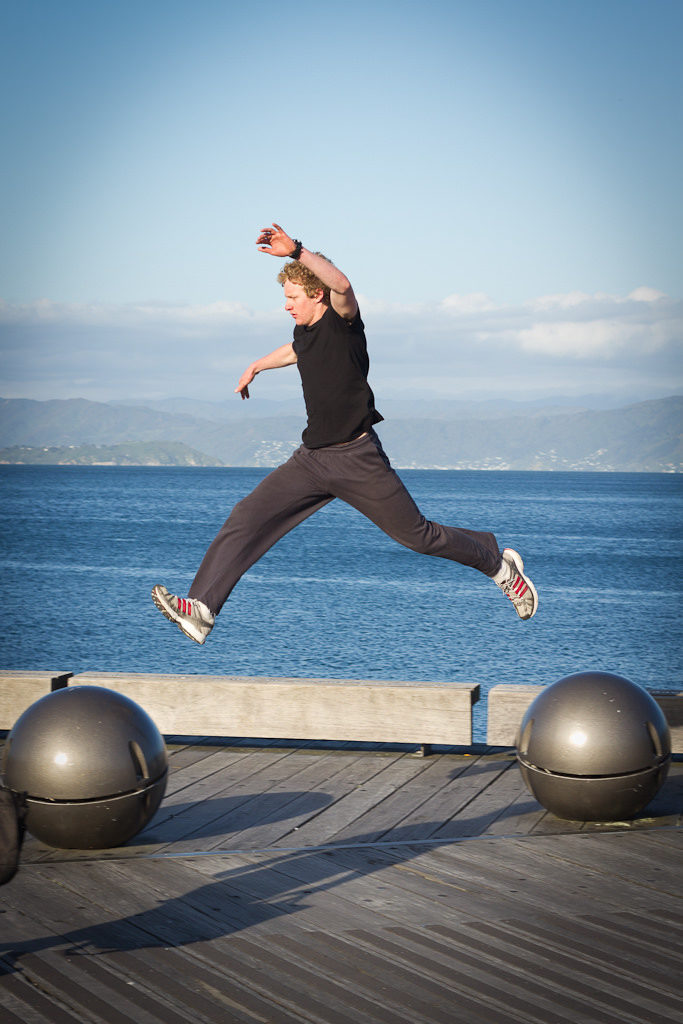 Leaping between the lights. 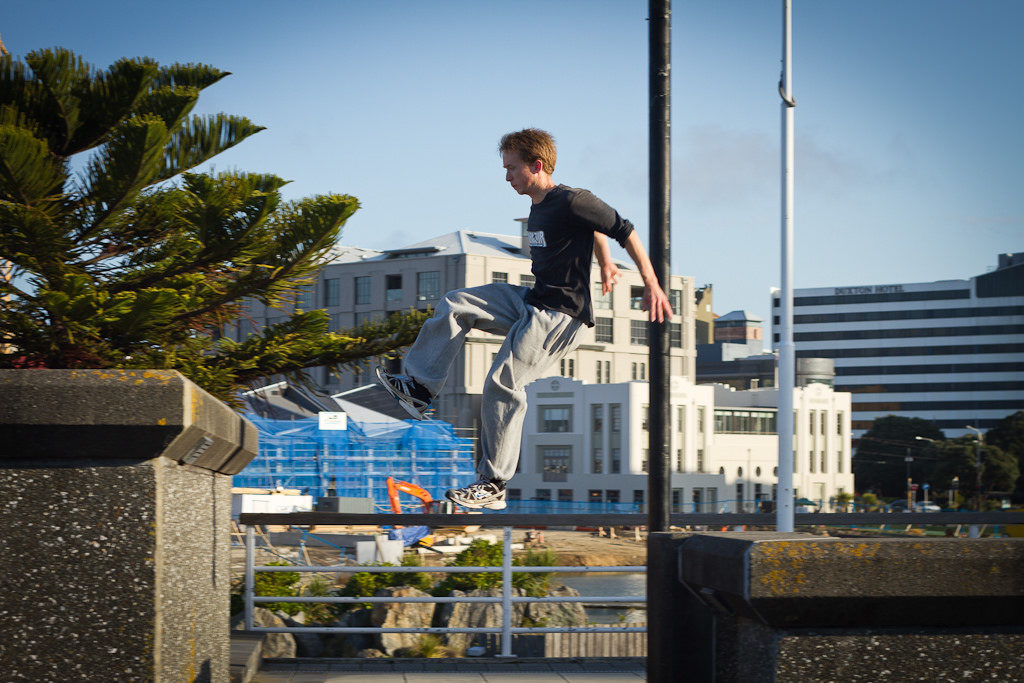 You can find out more about parkour in New Zealand here: http://www.nzparkour.co.nz/ 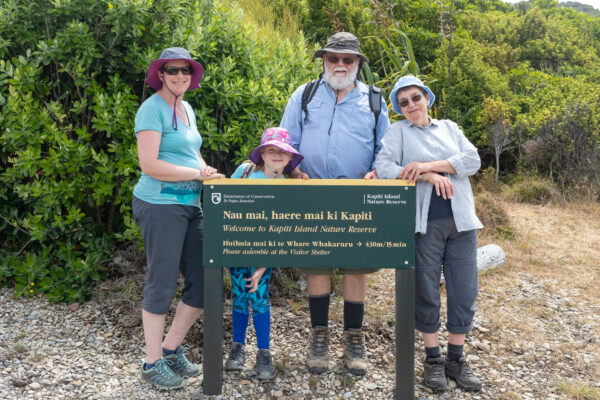 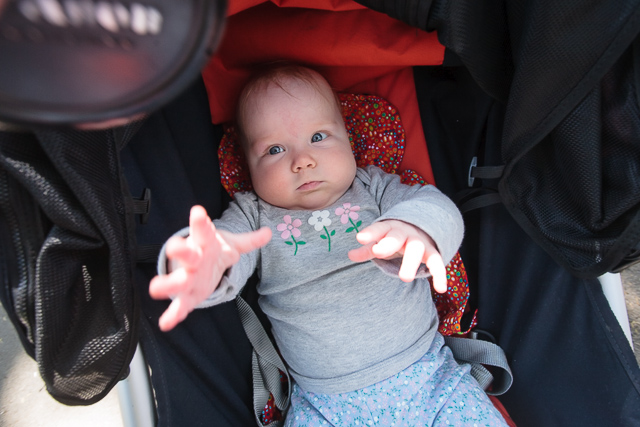