Friday night saw us attending our biggest ever indoor concert, the Red Hot Chili Peppers at Earl’s Court. We left work and made our way to Earl’s Court where we had something to eat before making our way to the venue. This turned out to be a good plan, the doors only opened as we arrived, allowing the hundreds of people in massed queues entry.

It was a short wait as the queue we joined slowly filtered through the doors. Once inside we had a look at the merchandise on offer, checked out the food and drink stalls and with our solitary purchase of a cup of water we entered the arena. There was a bit of fun and games with seating, the guy directing people in our section to their seats got his areas mixed up and was putting people in the wrong seats. We watched another couple be ejected down below us and then I decided to figure out if we should be somewhere else. It turned out we did so we moved a block to the left and settled in for the opening act.

A band called !!! (yes, three exclamation marks) have a lot of mystery about them. It’s hard to search for such a name on the Internet and as such I knew nothing about them. After one song we had both decided we now knew too much so we retreated back into the entrance halls to escape from the horrible music and into an area where we could hear each other speak. Thankfully they didn’t last long on stage, maybe the booing got to them.

With the detritus cleared we went back to our seats and waited for the main event. On time at 8.30pm the band minus lead singer arrived on stage and we were treated to a good guitar led instrumental number. This completed the band was joined by their front man and the concert got into full swing. The Chili Peppers were in good form and enjoyed the music. Well, the songs we knew anyway. It turns out that while we like the Chili Peppers it takes a bit more familiarity than we have with their music to be completely won over. That said the closing numbers of Under The Bridge and Give It Away were stunning, a packed house singing along to every word.

We exited just before the last song finished and this proved to be a great idea, we managed to get ahead of the main pack and get onto a waiting train quite easily. The trip home was uneventful and we found our bed waiting just where we left it so with ringing ears but happy memories fell into sleep. 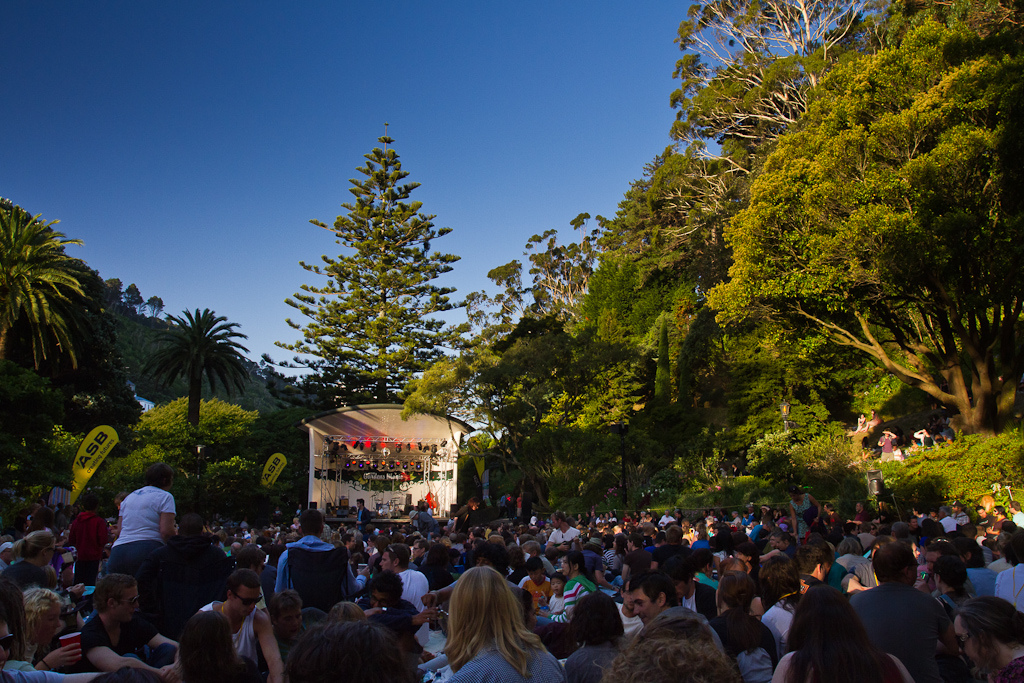