We’ve been back in New Zealand for a year now and a couple of weeks back we took our first proper holiday, taking the time to visit some of the country. The plan was to drive up the east coast of the north island from Napier up and around to Whakatane. We planned to camp, and had booked a few campsites already. The first was the Kennedy Top 10 Holiday Park in Napier.

The park was quite nice, a very tidy and smart collection of rooms across a range of budgets and plenty of green space for putting up a tent. The Saturday of our arrival coincided with a big concert and as such the park was full to the brim. With a concert on and neighbours close by there was always the chance that we might get some noise overnight and unfortunately we didn’t get a lot of sleep with the nearest tent occupants coming in late and continuing their drinking and talking until the early hours of the morning.

This meant we were quite tired in the morning for our planned trip out to Cape Kidnappers. The walk takes around five hours and has to be timed with the tides so we had start at 9am. It was a warm day, getting hotter as we walked towards the cape. We were passed by a few vehicles as the tide slowly went out and we walked by a couple of guys fishing next to there ute parked on the shore. A stingray was caught and we watched it pulled to shore, the line snapping as the guys tried to figure out how to release it. There was another ray a little further on, its wings lazily flapping above the water.

The strata of the cliffs was clearly visible on our right, lines in the wall showing the different sedimentary layers. There were a number of breaks in the line of the cliff face; slips, eroded indents and gullys. We also had to get our feet a little wet when we came to the first small gannet colony at black reef, the tide still a bit high for dry passage.

A gannet at black reef

After watching the gannets at black reef we kept going towards the tip of cape kidnappers. We took a brief rest when we finally got to the DOC shelter where the track headed up the ridge away from the beach. The steep path led up away from the shelter and eventually came out onto farmland before one last uphill stretch to arrive at the plateau colony, hundreds of gannets ahead of us.

We watched gannets, adults and fluffy grey/white fledglings, and took lots of photos. There were plenty of other people already there, with more arriving all the time. Many of the fledglings looked half dead, collapsed with nowhere to hide from the heat of the day. 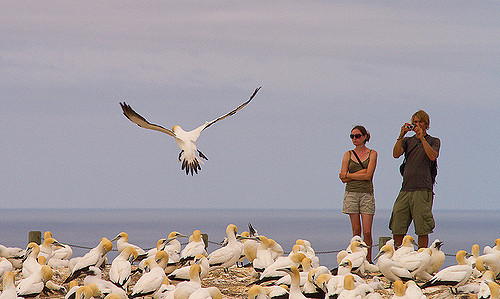 Gannet watching at the plateau colony 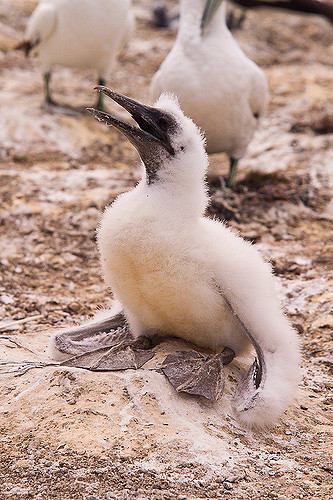 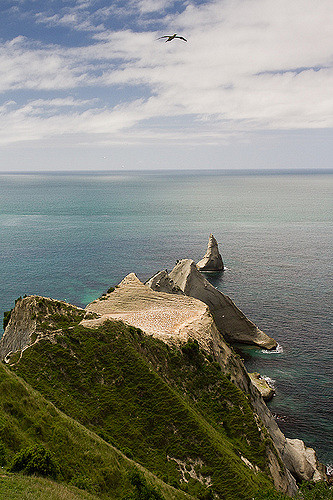 Looking down at the saddle colony

Once we’d had enough of the gannets it wqas time to head back. We had lunch in the shade next to the DOC shelter and then headed back along the beach. We saw plenty of alternative transport, plenty of tourists taking the tractor and trailer option instead of walking. There were plenty of people passing us on their quad bikes as well. 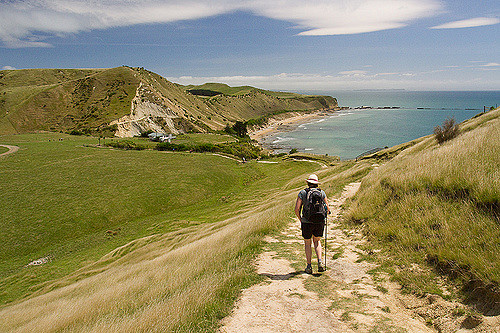 Heading back to the beach 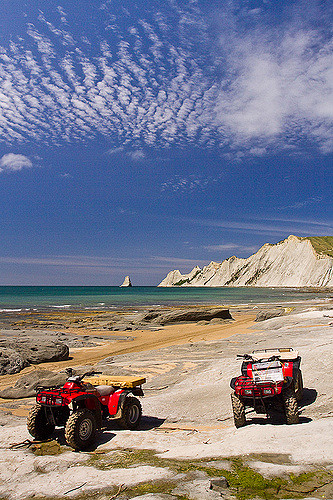 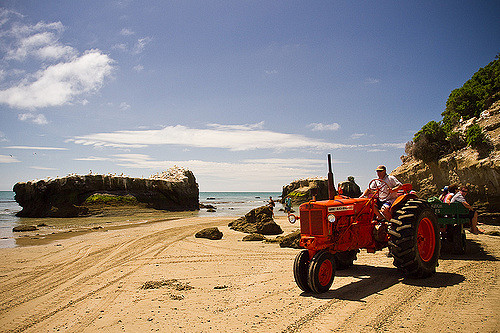 One of the tractors at black reef

The walk back was long, and we had a long stop to give Keryn’s aching knees a rest. Terns took rest on a large stone above the waterline and the youger terns called insistantly any time an adult returned to the rock. 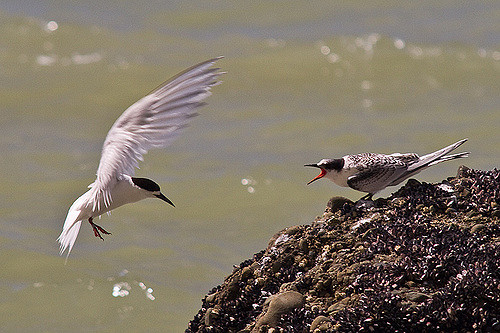 It was a relief to finally get back to the car. In the evening we took another drive and headed for Te Mata peak to hopefully catch the sunset. We took a bit of a wrong tern which meant we drove around the peak but still managed to correct ourselves and get to the top in time. There wasn’t much of a sunset due to the cloud cover, but the views were still very impressive. 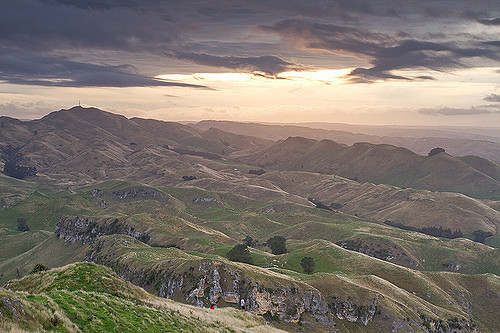 Looking towards the possible sunset 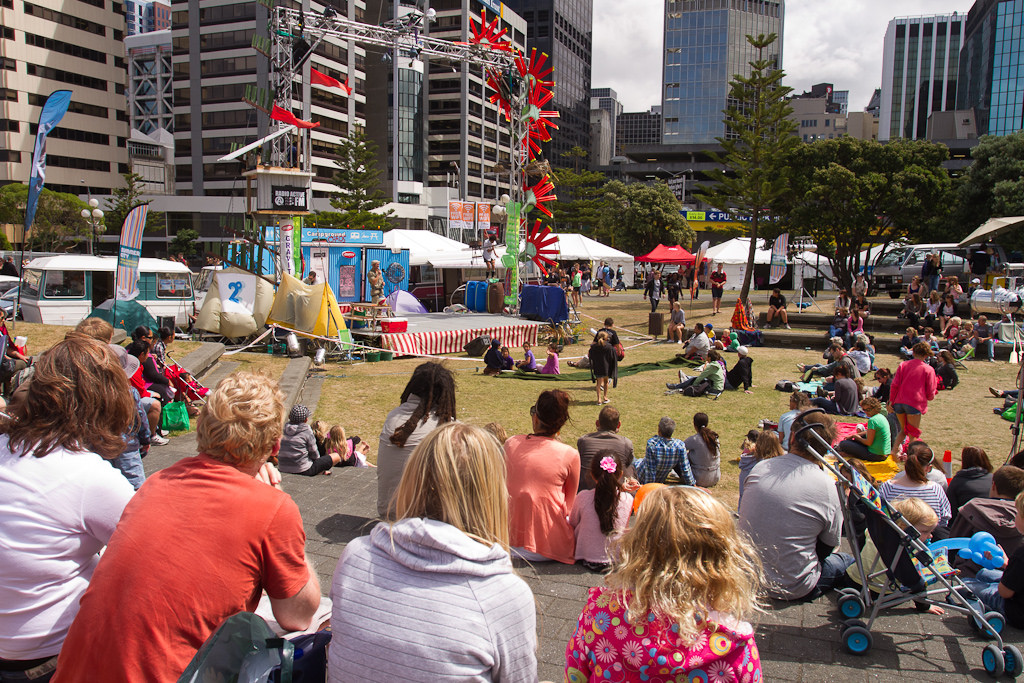