I am not a music critic, not even close. I generally either like what I’m hearing or don’t. I don’t listen to the radio, and it’s fair to say I’m influenced nearly 100% by a combination of music I’ve liked in the past and the websites I regularly visit. Taking a nod from the New Stuff playlist on my ipod and the plays field this is what I’ve been listening too:

You Run Away – Barenaked Ladies

It might be a clichéd, safe and soppy pop song and probably you’re no longer allowed to like Barenaked Ladies unless you’re from Canada but I like the track (even if I haven’t really liked much of the album it comes from, All In Good Time).

I mentioned this track when it played in the car the other day and Keryn said something along the lines of “Isn’t that a bit 60’s?”. Exactly.

I like The Like, just not all of their songs. This is obviously a track I am partial too. Harking back to the bouncy girl bands of days long past its a reasonably fast, catchy and bubbly track. I turned down a chance to see The Like in London for free because I didn’t like the venue (how very snobbish), I think this was a mistake.

Month of May – Arcade Fire

I’m a big fan of Arcade Fire and this track takes them into a new punk-rock territory that comes across like they’ve lived in the area for ages. Fast and punchy, I’ve ordered the album and look forward to it arriving in my inbox (order from their website and it costs about half of what you’d pay in NZ online, am I one of the few people who still pays for 95% of my music?).

A cover of the 3OH!3 track (that’s a band name, I don’t think I’m cool enough to understand). I read the other day that Ms Marina Diamandis isn’t yet popular in the UK because she has only sold slightly over 100,000 copies of her debut album. I’m sure any NZ artist would give their left arm for sales of that level. This hasn’t stopped me loving her music for months now and I enjoy the life of the tracks, its a good pick me up on those early morning drives home from work. Marina’s vocal delivery puts some people off, I like the singing. Pop with attitude and she has one of those smiles that lights up and makes everything seem better. This track hasn’t appeared on a physical release and was given away free on a recent newsletter. Try the Hype Machine if you’re tracking down a copy.

Furr Lined – How to Destroy Angels

The new band from Trent Reznor featuring vocals from his wife Mariqueen Maandig. I like most of the EP but Furr Lined has been slowly becoming my favourite. Lowfi NIN, the track grooves along with the breathy vocals floating above the beat. Download the new EP via their website linked above.

Off the popular radar but has been making interesting and intelligent music for ages. Off the same named album this track is a slow burner but is another that just gets better with repeat listening. Singer songwriter with interesting instrumentation and lyrics that draw you in.

Trouble in Mind – Erland and the Carnival

Slightly off beat, with more than a hint of 70’s folk rock. I like the quirky nature of the music and on this track I like the catchy chorus. The whole album is good and a great antidote to crappy shopping centre music.

Many call it New Folk music, I just call it good honest music. Making the banjo popular (again?) Mumford & Sons play uplifting and often raucous folk tracks that demand a tapping foot and possibly even dancing. The track Untitled features in a rousing live version recorded as part of their now not so recent Toad Session. You can listen, watch and download via the Song By Toad website. Now if only they’d visit New Zealand rather than persistently stopping over the ditch.

Another purveyor of fine folk music Laura’s music gets better the longer I listen. This track is one of the livelier tracks on her second album, if rather short. Simple and fun, I like it. Laura is another who can’t seem to make that step across to NZ when touring Australia, perhaps she gets the idea from her boyfriend who sings in that Mumford outfit? 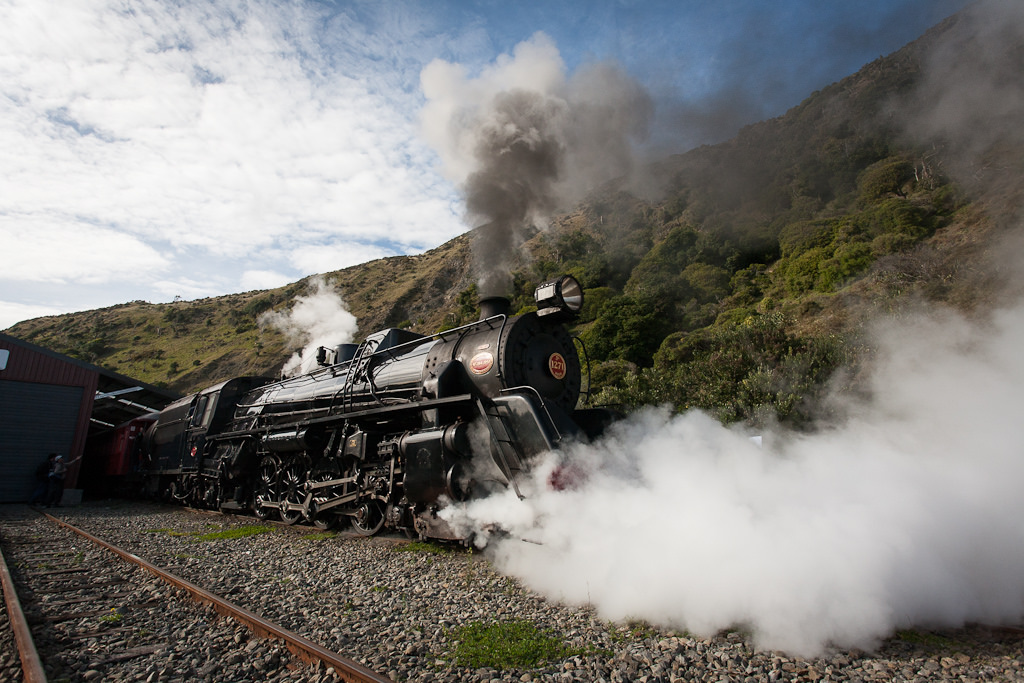