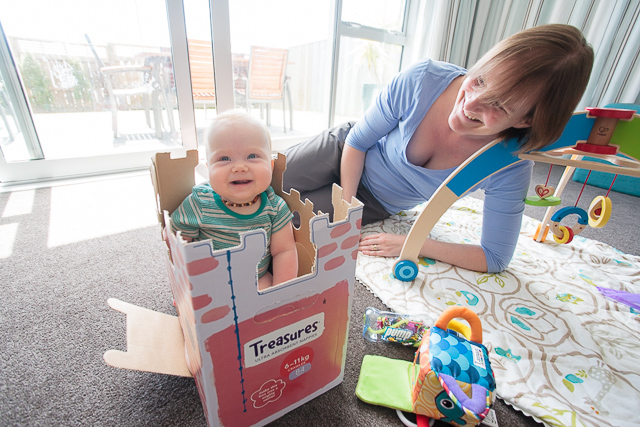 It was a lovely summers day so after a bit of a play around in the morning it was outdoors for a walk in the afternoon. The nappy box turned into a castle which was just about large enough for Alayna to comfortably sit in. Alayna was quite serious as she slowly inspected her new accommodation but she was happy enough to give a few smiles in between checking out the ramparts.

Porirua has a number of walks so we went out to the hills near Tetahi Bay for a walk in the shade. Once we were under the trees the temperature was nicely cool so we could walk comfortably. Alayna was curious about her new surroundings and is getting annoyed at the restrictions imposed by the front pack, it won’t be too long before she can sit herself and we can put her in a better walking backpack where she can look where she likes. The cicada chorus was creating quite the racket, and Keryn kept getting buzzed as she disturbed cicada near to the track. There were also lots of tui and other birds calling and we watched at one point as a dozen kereru took to the air across a distance forested ridge.

We can only manage short walks at the moment, it’ll be good to show Alayna the outdoors nearby as she gets older.

32 thoughts on “Summer play and a walk” 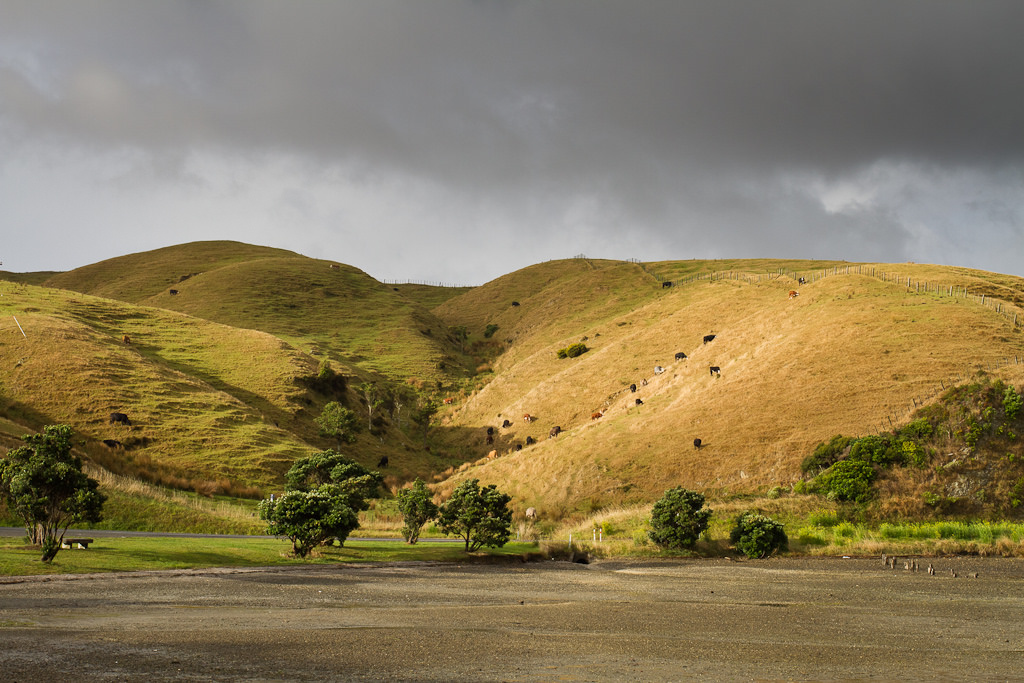