Last weekend we flew up to Auckland to visit Travis and Sophie. We flew up with JetStar and had no problems, there were more issues with Air NZ on the return due to a delayed previous flight. Arriving at the house in we got to meet the cats for the first time. Tikal and Denali are rag dolls and for less than a year old they’re large, almost as big as our beasts. We had a lot of fun watching them run around, chasing toys and playing on their tall climbing platform and crinkly cat tunnel. Being rag dolls they tend to not fight being picked up and their think fur is very soft adding to the cuteness factor.

On the Saturday we were driven out to visit the Muriwai gannet colony and it was an impressive sight. Unfortunately our visit coincided with what appeared to be a University field trip as there lots of students crowding the viewing platforms and they were all filling out observing the birds and filling out forms. Thankfully the students were moving around so we were able to get up to the railing to look down on the gannets below, nesting on the broad rocky hilltop.

Up close with a gannet. 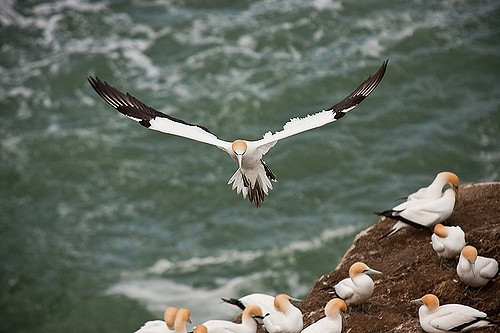 Coming in to land.

We could also see some fisherman braving the surf and casting from a rocky promenade that projected out from the base of the cliff. It was mildly distressing to watch as a fisherman failed to deal with a gannet he caught on his line, by the time the line snapped he had dragged the poor bird close into the waves breaking over the rock and it appeared that the bird damaged its caught wing. The bird slowly drifted out to sea, unable to take off from the water and struggling fitfully to escape. We saw another bird get hooked later on, this one being freed much earlier and still able to fly away. 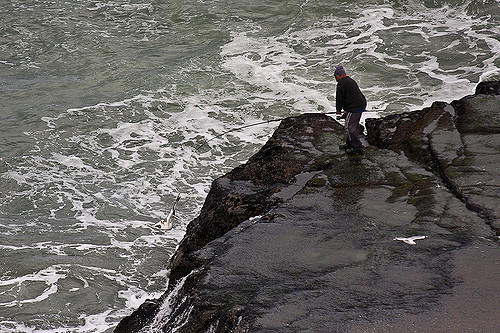 caught on the line.

There was constant activity in the colony and gannets were always flying in, out and around. There was a colony of terns around the corner from the viewing platform and they decided at one point to all take off, circle around a bit and then head back to roost, filling the sky with a mass of moving white.

There were also lots of people surfing out in the distance, the waves being quite large and regular in the breeze. We stayed for an hour or so in the end I think, definitely worth a visit if you’re in the area (though the gannets are only here August – March generally, hiking off to Australia as the weather gets colder).

We then headed for a coastal drive towards Piha. The weather was pretty bad, raining and windy, only improving as we reached Piha. The journey was slow mainly due to an exceptionally slow driver who we couldn’t pass, and who missed a number of opportunities to pull into slow passing lanes. Very frustrating. As the weather had cleared we parked and walked along the beach for a while. The black sand sparkled in the sun 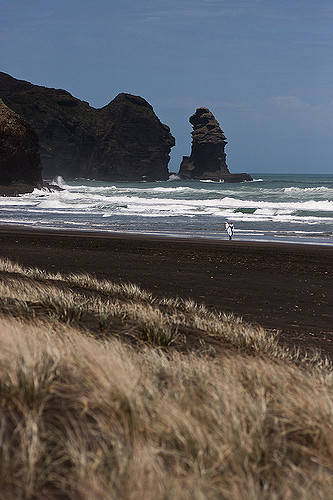 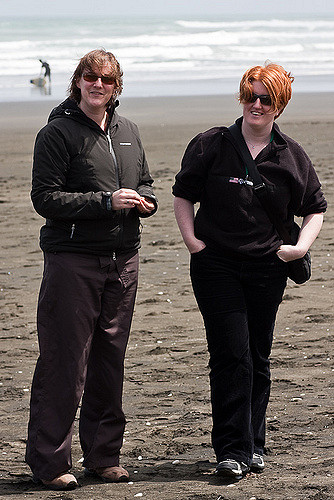 Keryn’s parents had come down from Whangarei and in the evening we all went out for dinner to celebrate their 39th wedding anniversary. We drove into the city and had our meal at Wildfire, a restaurant styled on a Brazilian theme. Rather than have a menu at this restaurant you wait at your table and the waiters bring around skewers of meat and you have whatever you wish whether it be slices of ham/beef/chicken, portions of salmon, sausages, pasta (only there to fill you up so you eat less I reckon), calamari and other selections. I think we suffered for being close to the kitchen, some of the meat being sliced for the first time at our table and leaving some pieces more edge fat and gristle than lovely tender fillets. Still, most of the food was tasty and we had a good time.

This was the day Telecom released their new logo (“Make of it what you will” I read one Telecom marketing person say – sounds to me like they don’t know why they chose it, I don’t know either). Part of the release was a show down at the Ferry Building on Quay Street. We went down after eating (and after a walk up queen street for some Giapo gelato) and I was quite unimpressed. The projection parts at the start of the loop were quite impressive, bold video being projected onto the facade of the Ferry Building including such things as an ice storm slowly covering the building in ice and a giant breaking through the building walls before lowering himself into the water below. The later interactive sections were not so successful, the movement of people in front of giant light boxes not obviously translating into the seen projections. It was diverting but I wouldn’t bother seeing it again.

On Sunday Keryn’s parents left before lunch and dropped us off at a retail park where we met Janet. We went for lunch at a nice cafe which backed onto an orchard and ate while outside the weather went from wind and rain to sun in some sort of random cycle. It was good to catch up and we ended by doing a bit of shopping at JB Hifi and the Warehouse.

Back at Travis and Sophie’s we played on the Wii to kill time before heading back to the airport. All in all a quick but pleasant weekend away. 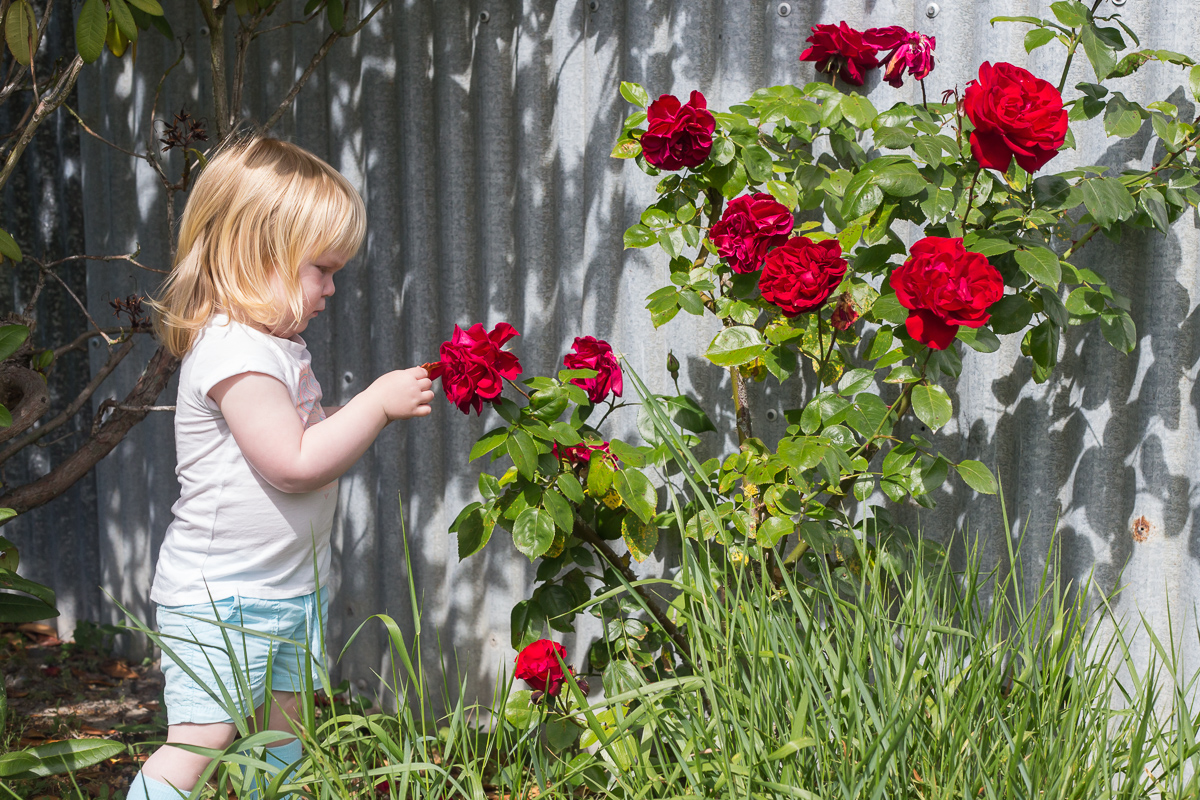 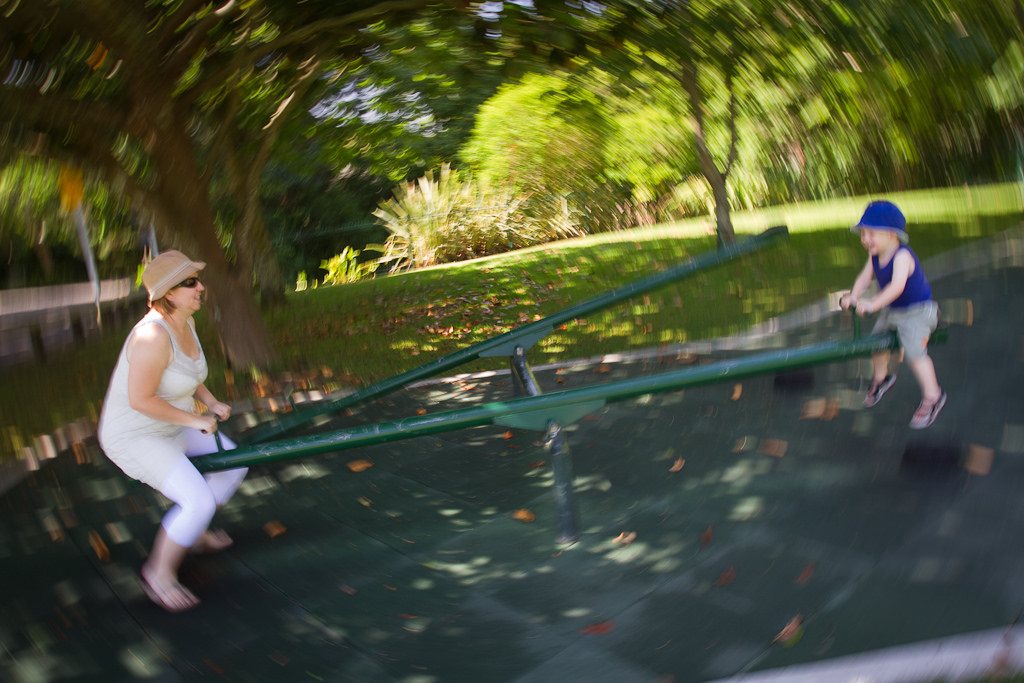 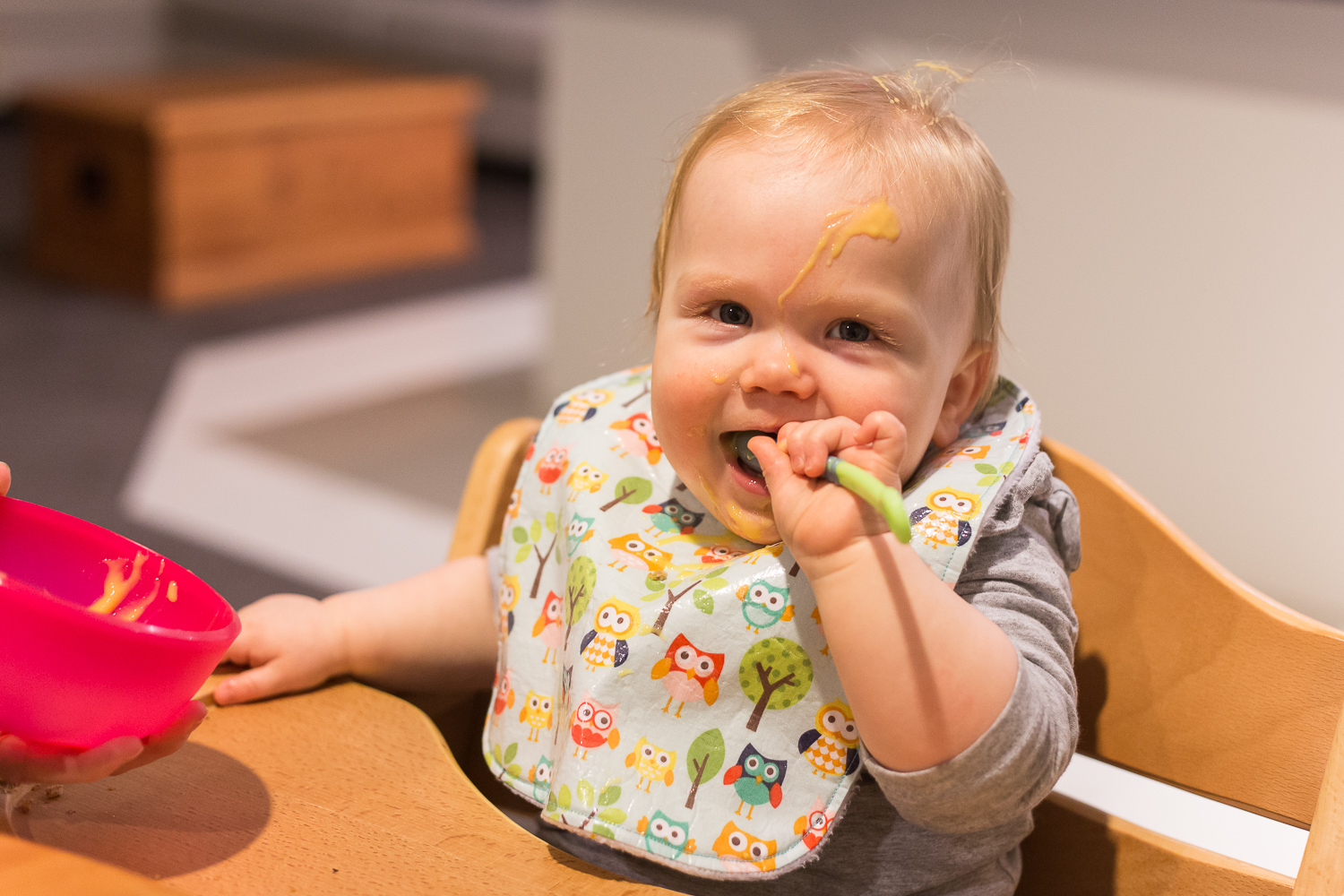