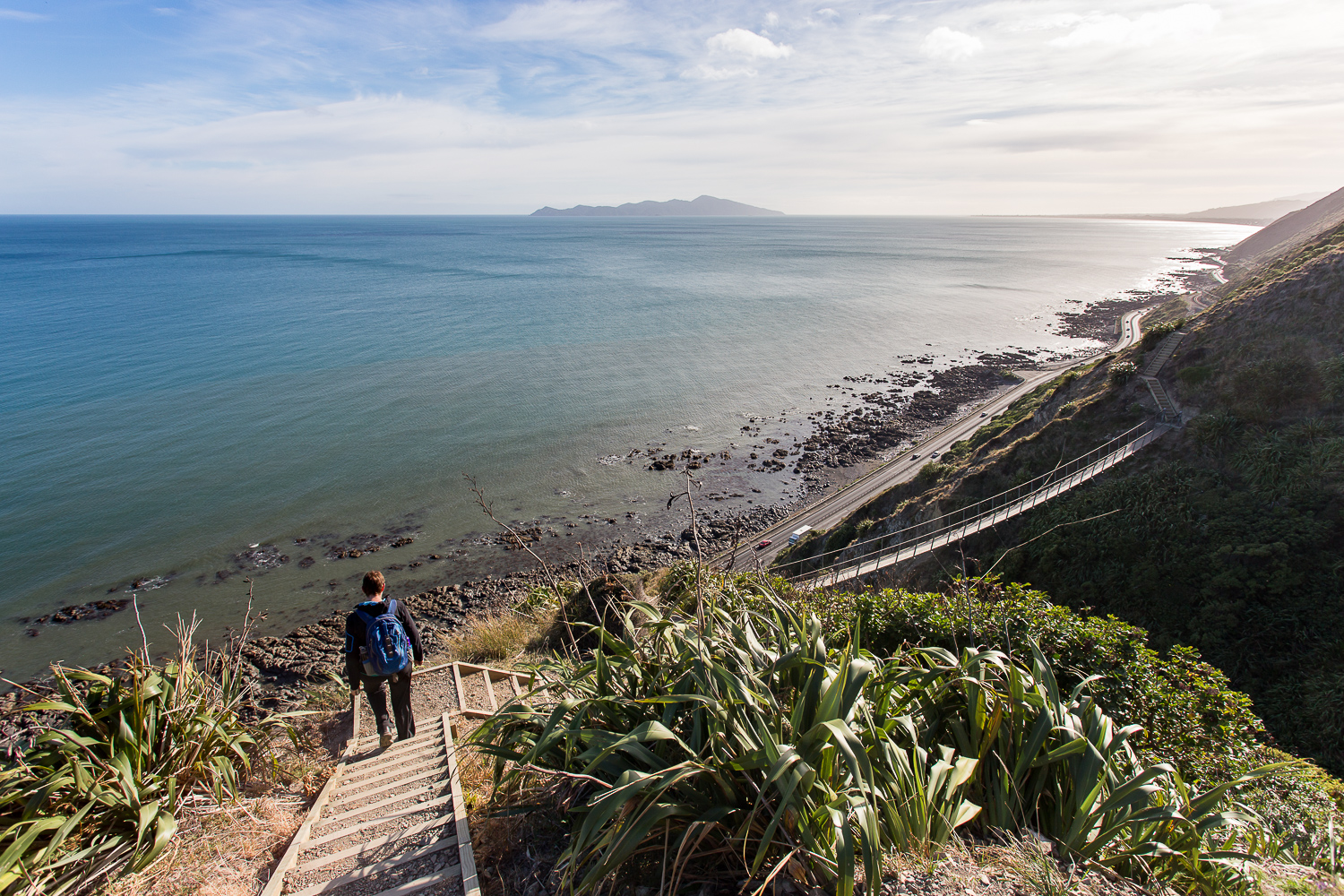 The new Paekakariki Escarpment track, a recent addition to the Te Araroa NZ trail, has been open for a few weeks now and we’d been thinking about giving it a go. The fabulous weather continues and we decided that Saturday morning would be our time. The only concern was my football in the afternoon so we had to leave early, as it turned out earlier than we normally leave for work. We decided to walk north and this found us driving and parking up at Paekakariki Station to then catch a train back to Pukerua Bay to start walking. It also helped get Alayna excited, she likes public transport a lot.

Everything went to plan and we started our trek at the right time of 8:30am. The walk is meant to take 3-4 hours and we thought we’d probably be a little slow but would get back to Paekakariki around lunchtime. From Pukerua Station the path took us through some streets and then a small park before joining the new trail at the now closed Muri station. We had a couple of trains pass by as we walked along beside the train tracks and Alayna got a few waves and a small toot from train drivers, they must be a friendly bunch.

We were soon rising up the hillside and getting grand views both of the Tasman Sea to the west and the farmland and coastal scrub to the east. The stands of trees all bore evidence of the often harsh climate with windblown branches leaning away. It was a calm day with only a slight southerly and out to sea there were a number of kayakers out fishing. The South Island was hidden behind a bank of cloud but Kapiti Island was a strong, familiar presence. Every kilometre of the track was marked with an iron signpost, we seemingly quickly covered the first 2 kilometres but then the steps started.

When we didn’t have steep stairs to walk up the trail was often quite narrow, winding around the hillside. I’m normally not too bad on this kind of track but with Alayna in the backpack on my back I was very concious of the drop to our left and I concentrated on just one foot in front of the other at times rather than looking out at the view. It was also good that we didn’t meet many other people for most of the first half as the steps and track didn’t have a lot of rooms for passing. There were a few small bridges but the highlights were two swing bridges that spanned valleys that rose steeply above the train tracks below. It was disconcerting approaching the first swing bridge with a dark tunnel entrance seemingly filling the view ahead just above the stairs.

After the second swing bridge there was a series of steps leading up a steep slope. We slowed right down, taking one flight at a time and resting before moving on up. At the top of this section we had a break and talked to some other people coming the other way who let us know that this was only a taster for what was to come. Thankfully the next step climb was a while away and first we got to walk through some nice stands of trees, the forest a quiet and easy stage to recharge and ready ourselves.

The longest stretch of stairs is called the stairway to heaven and it was quite tough to ascend. We were passed by a very fit older man who was counting steps as he walked, reaching 200 when he passed me. He got to the top of the steps and then turned around to come back. We kept going.

At the top and just past the halfway mark was a lookout with some good seating and a glorious view out to sea. We had some snacks and got Alayna out of the pack to stretch her legs. There were more and more people reaching the top, almost all coming from the north, and there was plenty of friendly banter and laughs at the top. I got a few comments on how keen I was to have carried Alayna all the way so far on my back, further on we would come across a few others also carrying children in similar fashion.

Watered, fed and a little rested we got our gear together, helped Alayna into the pack again and walked on. The way down seemed easier, though tougher on the knees. There were plenty more stairs but a lot of the downward path was sloped across switchbacks. Time passed more quickly it seemed and by the time we neared the end of the track we were in good spirits while still ready for a proper meal. Alayna slept for the final 20 minutes or so, waking up as we approached Paekakariki.

It took us around 3 1/2 hours in the end which we thought was pretty good considering we had stopped a few times. We had lunch as planned in Paekakariki and didn’t have to hurry which was nice. Then it was back to the car via the train station and Alayna was full of beans, revelling in walking herself. She was exploring, running around, playing with her shadow and the writing on the ground. So all in all we enjoyed ourselves, completed a challenging walk with no issues and in very good time. We’ll have to return once Alayna is a little older and ready for a longer walk under her own steam. 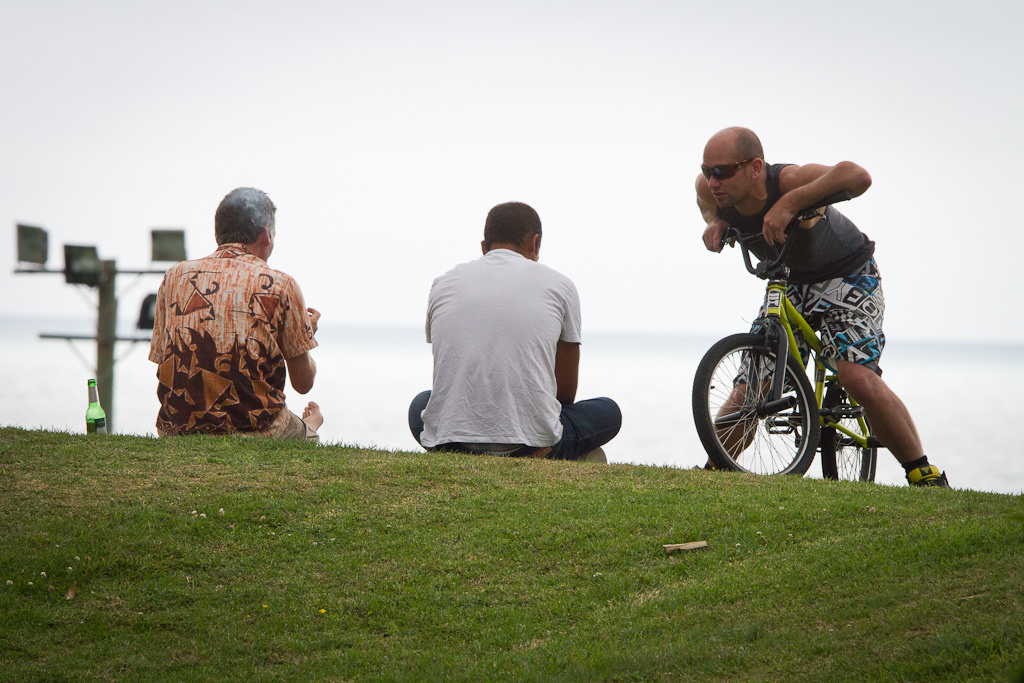