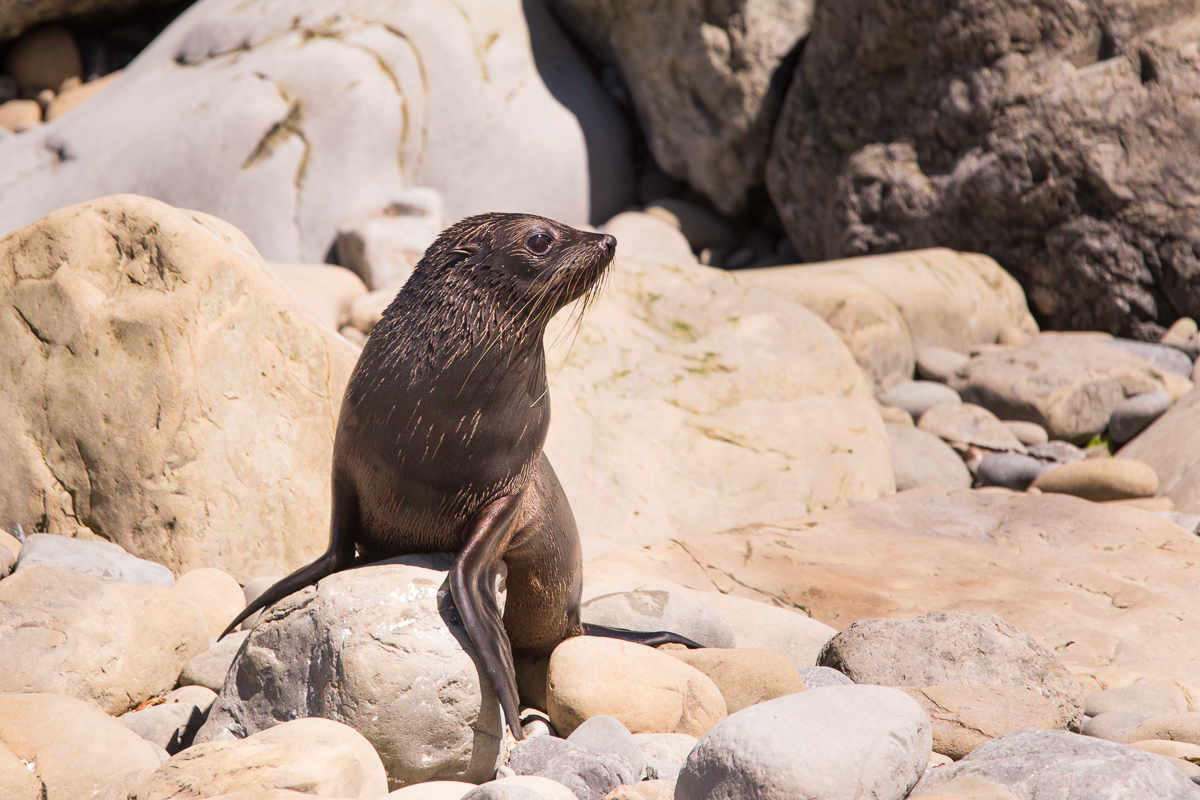 We had plenty of time to get from Cheviot to Kaikoura so we had a few good stops. At Kaikoura we went to see the seals at the peninsula. I mistakenly mentioned to Alayna that they were sealions and from then on they were not fur seals, they were sealions. Whoops. We walked out and saw lots of rocks and kelp only a couple of fur seals and then back at the carpark I found one lounging around a few meters from the cars. Oh well, no harm in a walk.

We picked up lunch from a bakery in Kaikoura and then drove on to Ohau Point intending to go and see the seal nursery up by the waterfall. Unfortunately the track had recently been closed so that walk wasn’t going to happen. Thankfully there were plenty of seals to see across the road.

We had organised to stop off at my Uncle Noel’s place in Renwick and he offered to cook us up an early dinner so that was an unexpected nice surprise. Alayna got to play in a sandpit while dinner was prepared and also enjoyed watching Noel’s dog wandering around. Noel’s wife Val arrived for dinner and Keryn got to show off some of her recent sewing work and look at Val’s sewing setup and work.

From Renwick it was onward to Picton where we joined the queue for our ferry. The return sailing was calm and we even managed to get Alayna to sleep for a while after booking a cabin. Earlier Alayna and Keryn had wandered around the ship and looked at the trucks holding sheep, cattle and even some pigs. Further entertainment was had with a free activity bag we’d got before boarding and the stickers inside were a particular favourite.

We were home around midnight and it was good to be back, even if it did mean the holiday was over. At least it wouldn’t be long until Christmas and some more time off work.