Our second day in Perth was largely spent out at Fremantle. With all day travel passes purchased on the bus we took the train out to Fremantle, expecting to walk around a bit and head up to the Fremantle Prison. Keryn had been searching for a dynamo torch/radio at Kathmandu in Wellington with little luck, emergency kit supplies being bought up following the Christchurch earthquakes, so we had a look in the Fremantle store. There were plenty in stock so we purchased one meaning our own emergency kit would now be practically complete once we got home. We also had a look in a bookstore as I had finished my book on the flights so far. Kate (or Kate & Roger fame) had recommended Dirt Music by Tim Winton so I picked up a copy, and I also got a photography book whose subject was Western Australia partly because I liked the look of the photos and partly to provide inspiration for locations on our coming journey. The book is titled Landscapes, Photographs of Western Australia and is by Christian Fletcher. 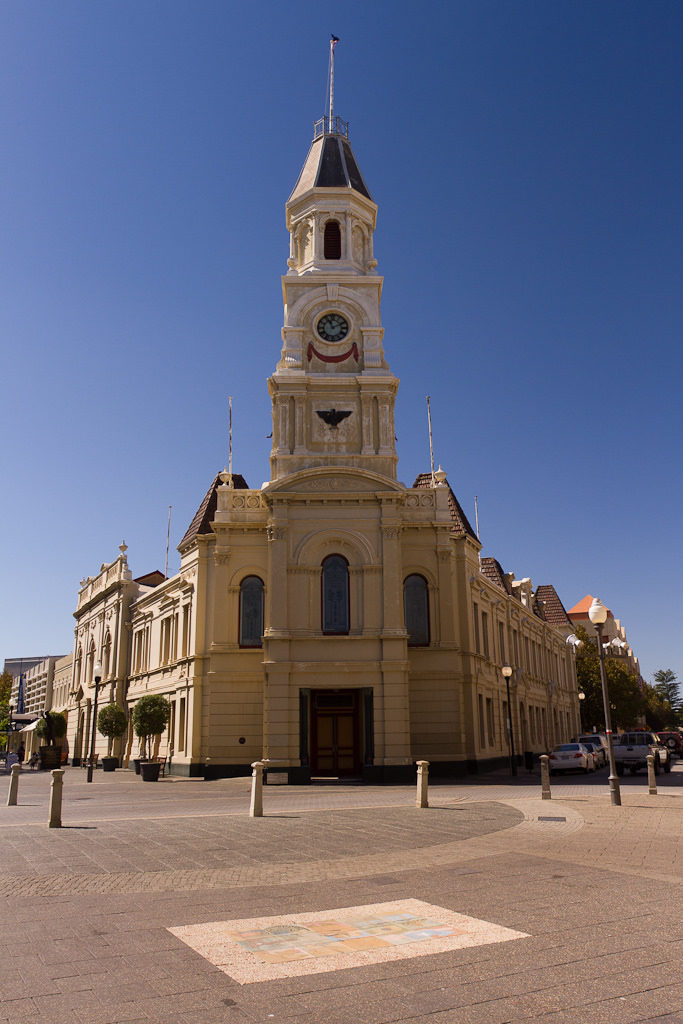 Purchasing complete we headed up to the Prison, looking out for something to have for lunch along the way. Keryn was still not feeling 100% and we ended up eating at the pleasant cafe at the prison after buying tickets for a tour. There are a number of different tours available but Keryn wasn’t up for standing outside in the sun or walking through tunnels for a few hours so we ended up going on the Doing Time Tour which had largely walking around inside the prison while our guide told us about prison life. The tour was good and our guide excellent. Details of the prison environment were bought to life vividly by our guides descriptions and topics that could have been awkward were voiced without over-dramatisation; such things as hangings and the use of the cat o’ nine tails on the whipping post. 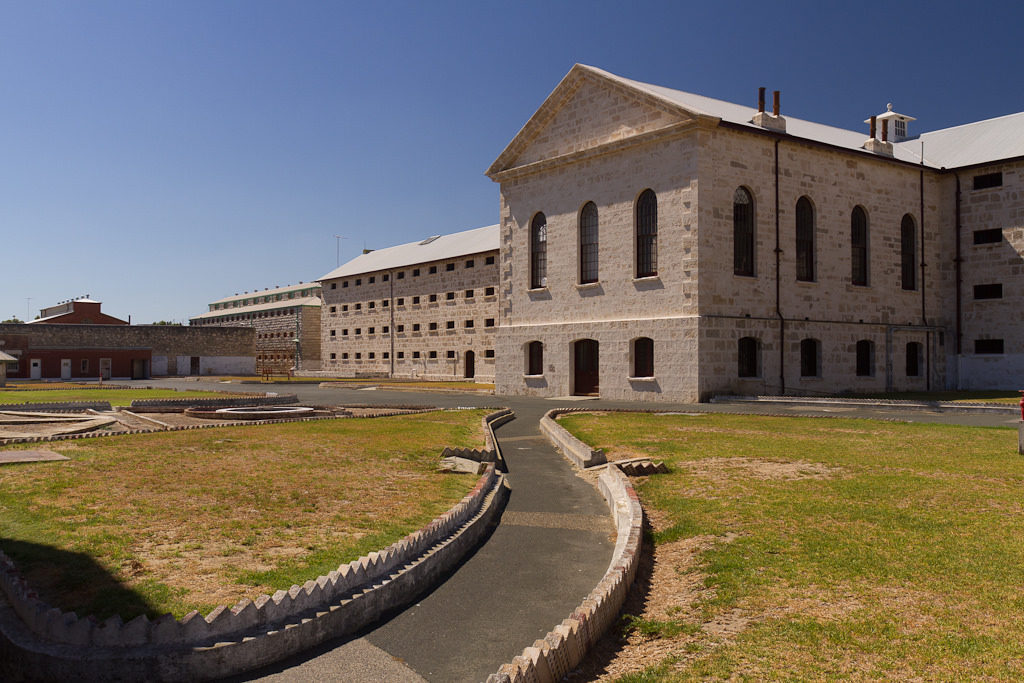 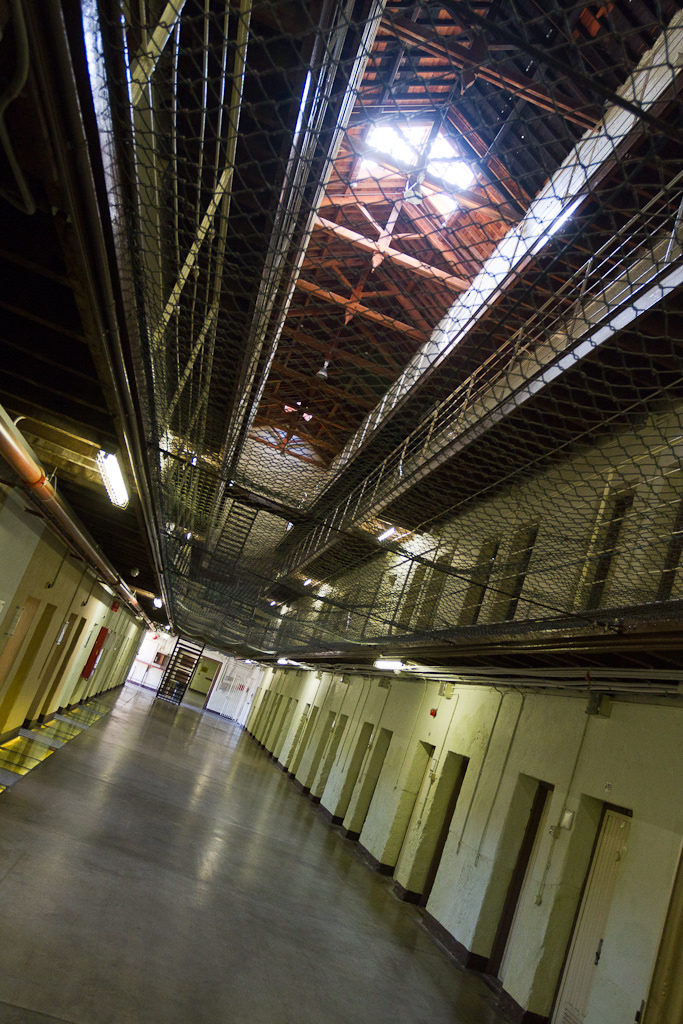 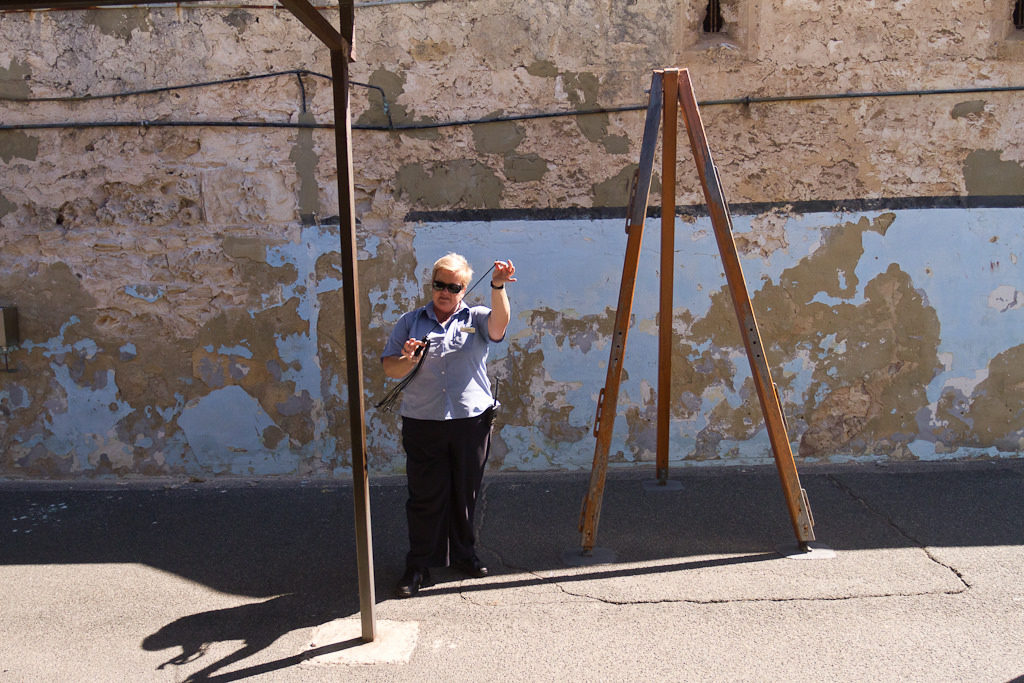 Done at the prison we made our way back to Fremantle Station and took the train back in to the city. Keryn did a bit of shopping and we then headed back to Michelle and Mikes place. We went out for dinner that evening at Sorrento Quay, eating at the Boulevard Restaurant and having desert at a nearby chocolate themed cafe. We then walked around the Hillary’s Boat Harbour, checking out some of the sculptures before heading back home. We said our goodbyes before heading to bed, tomorrow we would be picking up the Wicked Camper and driving north. 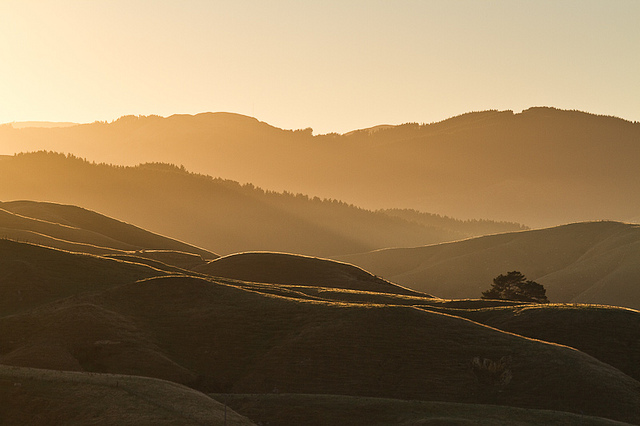