We spent the day doing a bit of shopping, eating ice-cream and wandering around Pucon. It was a stunning blue sky summers day and the only problem we had was most of the shops were closed, it being a Sunday. In the afternoon we found a stony beach that was packed with thousands of people. This probably explained why there weren’t many people in the town. The water was cold but this didn’t seem to deter the masses who were either lying in the sun or playing in the water. 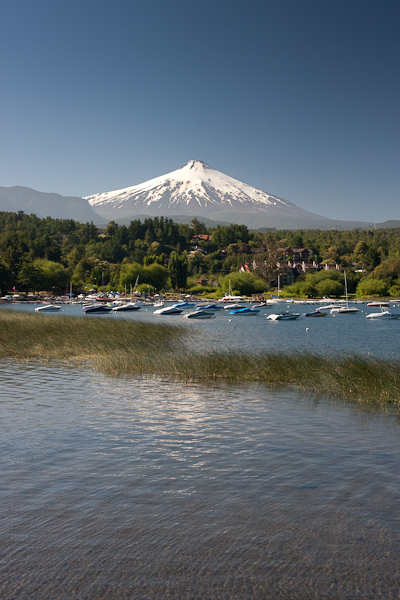 Looking to Volcan Villarreca in the morning 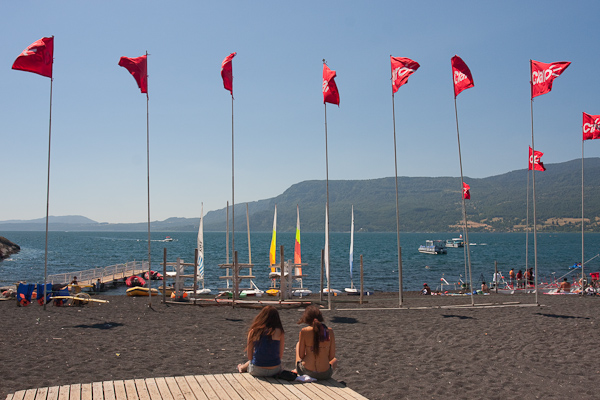 Arriving at the beach 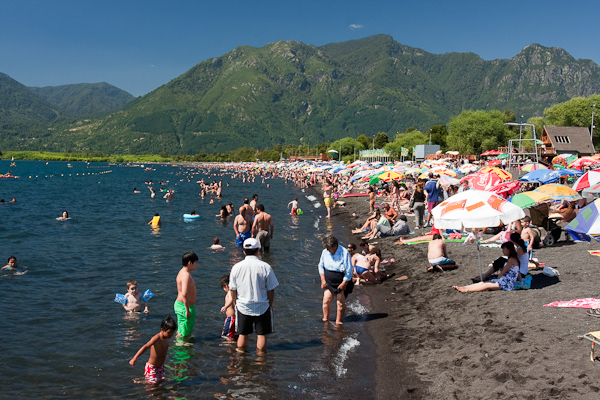 We stayed out of the water; to be honest we hadn’t even considered swimming was a possibility having discounted it due to the water temperature. Walking back to the campsite we passed a little market and there were some enterprising teenagers selling gerbils from a large cardboard box which was a little odd. When we left camp in the morning we were followed out by a cute little black Labrador puppy that had spent the night sleeping under the fly of Antonio’s tent, having followed him home from a night out in town. We didn’t see it again, plenty of other stray dogs (as everywhere in South America) but hopefully the little guy had found his proper home. No dogs followed anyone home today.