In an effort to see some of Santiago Keryn and I managed to get out to a hill in town where there is a cable car that takes you up for some nice views over town. We arrived to find that the cable car was shut so we walked back by a nice little market and then took a subway train back to the center of town.

The afternoon saw Vanessa and Rhys having a pre-departure meeting for their new passengers and this was followed by drinks and cheese as a precursor to the coming New Years party. Those of us still around who had travelled this far on Tranquilo were invited along and we met the new guys.

Then it came time to head out to the New Years party hostel. The night was very good, everyone there seeming to have a good time. Some people had dressed up (the same people who got dressed up in La Paz actually) and New Years was seen in with everyone in good cheer. Keryn disappeared for a minute and Danny asked if I wanted to jump into the pool and strangely I said yes. At least I wasn’t naked like Danny. We jumped in and were quickly told to get out but Danny refused until they bought him a towel. I got out leaving Danny the center of attention, there must be hundreds of photos of him reclining in the water waiting for the towel to arrive. Keryn and I stayed until about 3am and then walked back to the hotel, taxis taking an hour or more to arrive. It was good to get out and spend some time with those we would be travelling on with, and also to have one last night out with some of those who would be leaving the next day. 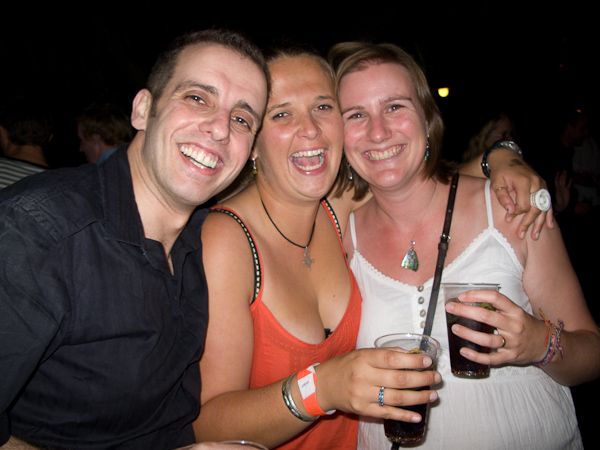 Antonio, Minette and Keryn at the New Years party 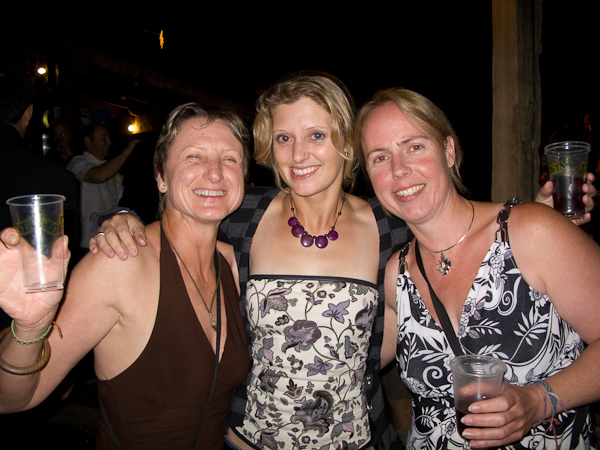 Angie, Vanessa and Janet together for one last night 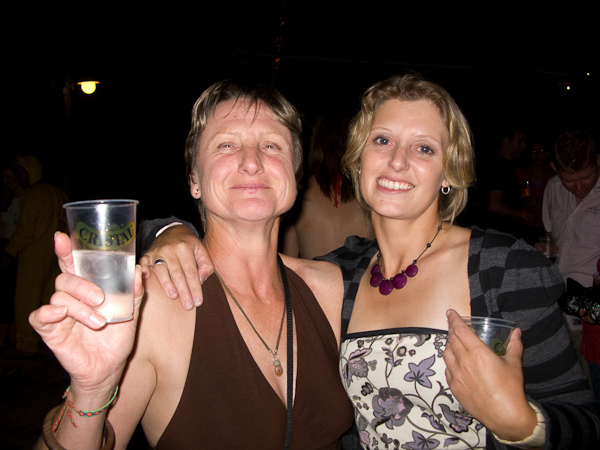 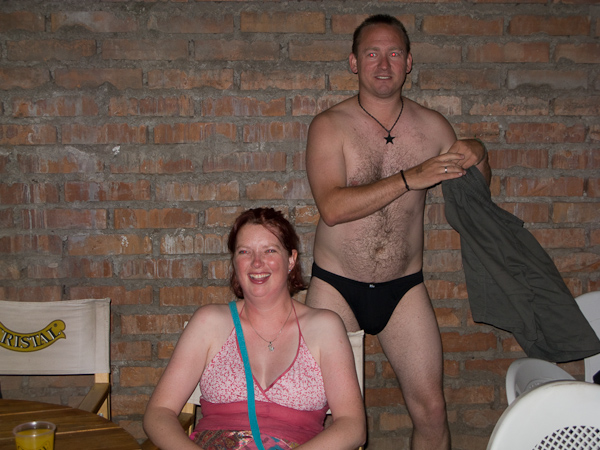 The last word goes to Danny, of course.