From our bush camp we drove on, arriving at a place called the Valley of the Moon in the early afternoon. Here we joined a convoy of vehicles on a guided tour of the valley. The valley is full of interesting rock formations and in different areas there are fossils, large sandstone structures, sculptured valleys and ancient rocks. The guide spoke only in Spanish so Vanessa did her best to translate as he talked about when the rocks were formed, the erosion that has created the formations and the work being done at the various sites we were shown around. 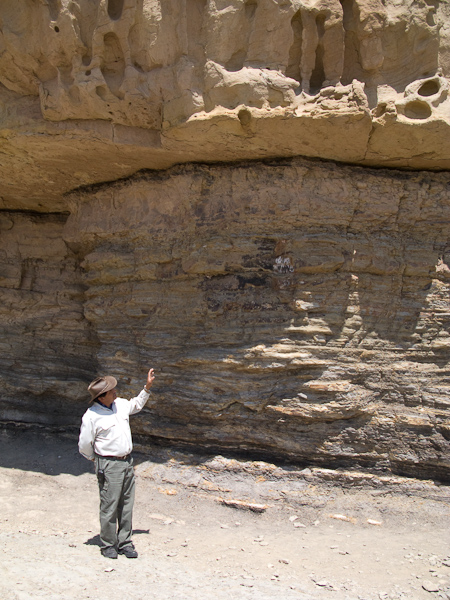 Our guide talking about the rock formation 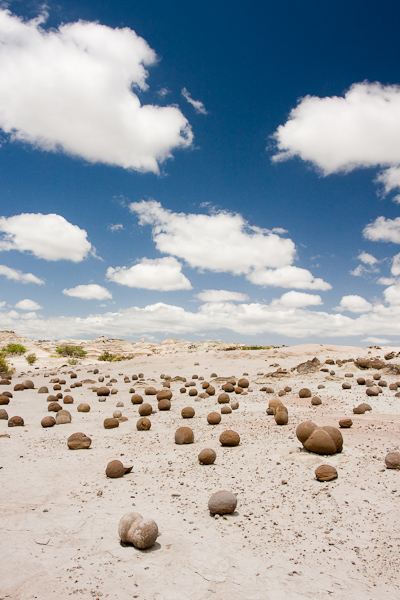 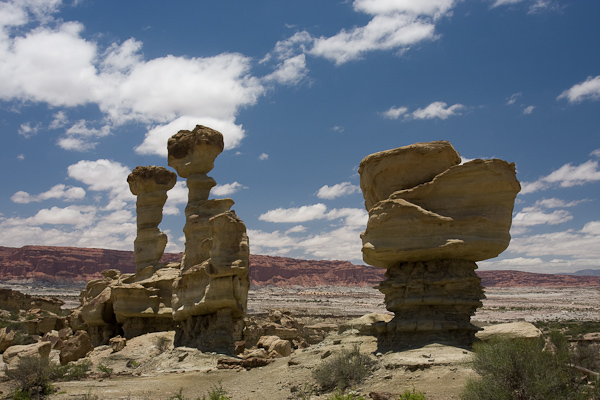 Sculpture in the valley 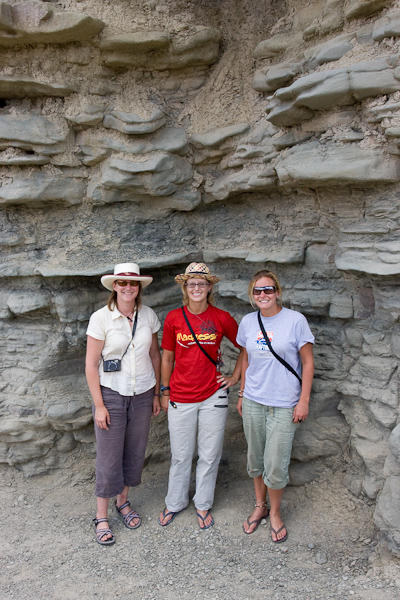 Keryn, Vanessa and Lucy were enjoying themselves

Maybe travelling for this length of time was getting too me, I didn’t really think the landscape was that interesting and struggled to stay interested as we drove around. The erosion sculptured rock called the mushroom was interesting and I liked the area full of small round stones like a giant marble game but otherwise followed everyone around and didn’t pay much attention. 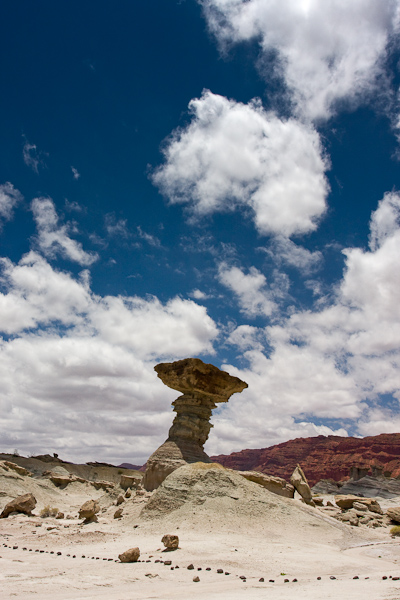 We travelled on to another campsite, this one in the Talampaya national park. We very exposed to the wind at this campsite, the landscape flat and devoid of meaningful cover. A good shower seemed to bring me awake and I went to bed looking forward to the tour the next morning. 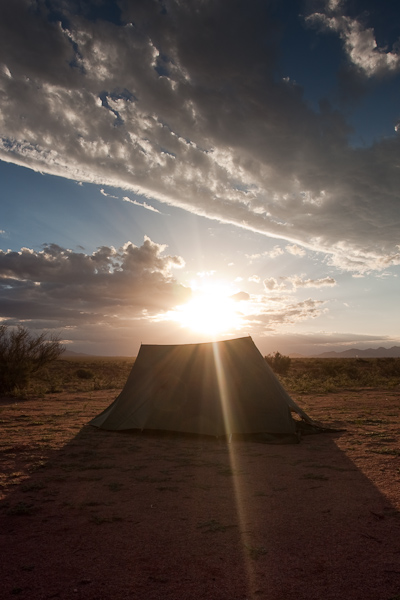