The plan had been for many of the group to go tubing down the nearby river this morning. In the end only three people went; Josh, Tash and Joe. Keryn and I had decided to have another lazy morning and most of the rest of the group slept in, either because they’d been up really late or because they were catching up on sleep. I spent the morning taking a few photographs of the local wildlife; hummingbirds, squirrels, lizards and the like. Keryn and I also had a look at the Butterfly enclosure on site, seeing mostly the same butterflies that could be seen in the gardens and forest around the cabins, only enclosed so they couldn’t get away. 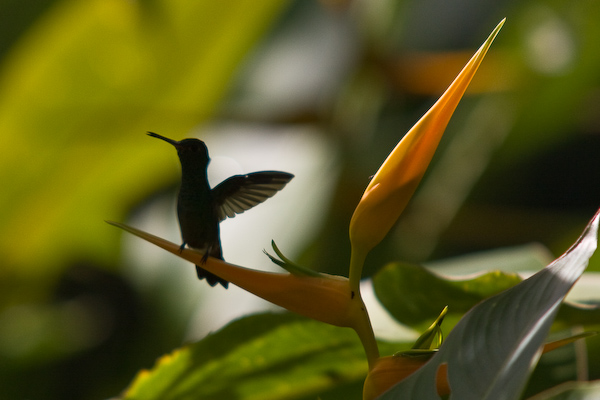 A hummingbird at the Trek Stop 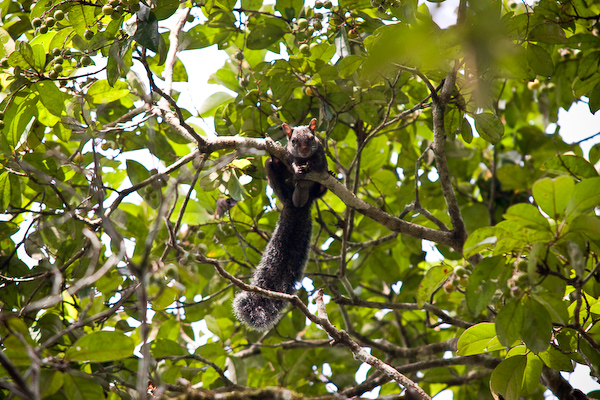 Tash took this photo of an inquisative squirrel

I had meant to type up more of the blog but spent time with the young daughter of the site owner playing cards and helping to improve her English. It been many years since I’ve played Go Fish and Memory but they proved to be easy to pick up; Go Fish was a draw, thirteen pairs each. I lost Memory but I wasn’t getting the extra turns. 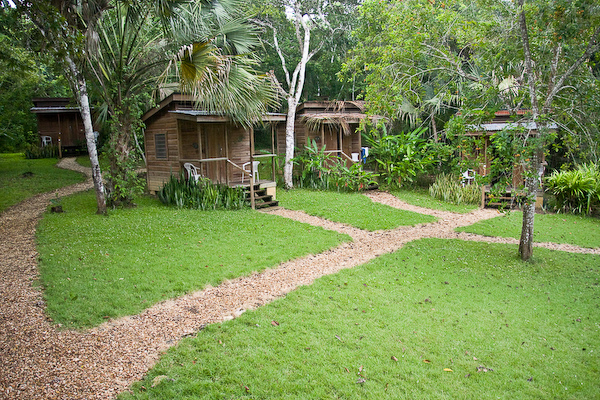 A final look at the Trek Stop cabins

People had lunch, paid their food and drink bills and then we were ready to move on. Vehicles from the caving tour agency arrived and drove us the ten minutes to the Guatemala border. The crossing was easy but very slow on both the Belize and Guatemala sides, everyone hot and sweaty as we loaded into the van which would be taking us on to the lake town of Flores. The journey took a few hours over the potted rounds and we were soon unloading into our rooms at the hotel.

The first task we undertook was to get our laundry organised. This was washed and dried incredibly fast, we received our clothes back in a little less than two hours. While this was happening we got some money and food for breakfast the next day when we would be visiting the Mayan site Tikal in the early morning. The group had dinner at Villa del Chef and the food was really good – Keryn (eventually, her order went to the wrong table) ate a local fish only found in the adjacent lake and it was apparently very tasty. With the exceptionally early start time of 3:20am we were straight to bed on return to the hotel.