It’s been quiet here on the Blogging front, possibly a combination of being busy, the onset of winter and the family visits recently. Lets go back through the last few weeks then shall we?

This week I was at Leeds on Sunday night so I could be at the LS City Walk Office first thing to do a days work. With me being in Leeds and Keryn having her usual long commute the arriving-from-Sweden Bridget and Dean had to amuse themselves for a few hours while someone got home on Monday night, a task made easier in surrounds of the old Spitalfields Market. Tuesday saw Bridget and Dean taking the train to Maureen’s place in Salisbury and us Brentwood types going to work and then finding our way to the Royal Albert Hall for the last concert in the 2007 series for Crowded House. As you might expect I took my camera and a few usable photos were the result. It was a great night with a lot of crowd involvement and a party atmosphere, not to forget the fantastic music as well! 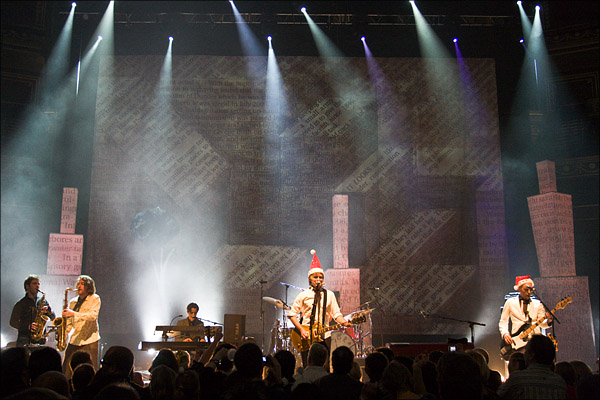 Wednesday night was the LS IS Dept. Christmas party and I had a good night. Here’s one of many photos taken, funnily enough this is mostly people that Keryn used to work with. 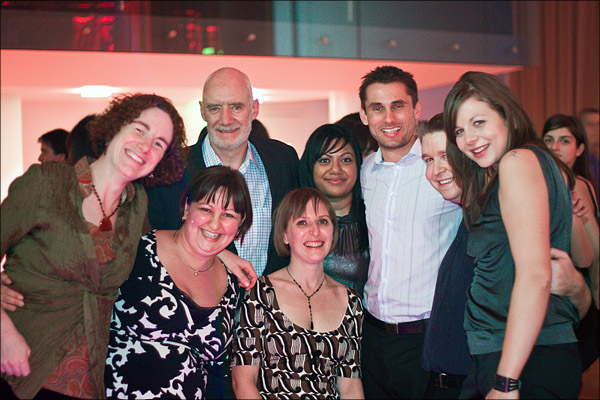 Jocasta, Susan, Steve, Leanne, May, Craig, Moi and Liz at the LS IS Christmas Party

Thursday night was spent not doing a lot and it felt great. Tonight Keryn is out with May (in the photo above) for a catch-up and I’m typing for now and hopefully playing games soon, we’ll see.

Going back a few days to last weekend we had a Cousins get-together on Saturday night which started with a few drinks at the Speight’s Ale House with Patricia, Sam, Kathryn and a friend of Patty and Sam’s whose name I have forgotten (Zinzan Brooke was there but as he wasn’t related he wasn’t allowed to come to the next part). With Patty and Sam we then headed up to West Hampstead and spent the next few hours at Rosie’s place chatting, eating and drinking in the company of those already mentioned and also Jenny and Darren. I have a few photos but this is the only one where everyone was smiling (there is another on facebook if you need to see me as well). 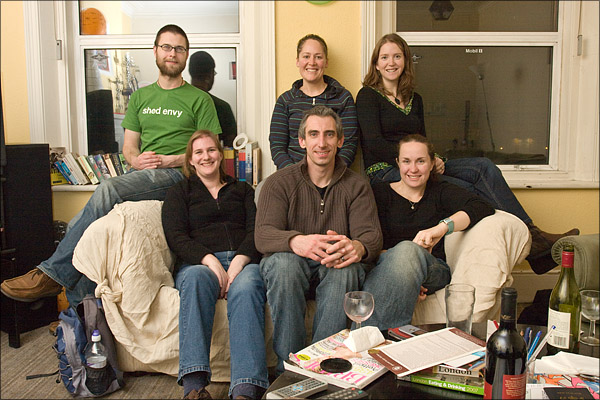 As you’d expect it is now getting colder and darker in this cooling Northern Hemisphere and while we haven’t had snow or anything really cold yet there have been a few days of heavy frost. With Christmas approaching there are also decorations all over the City and lots of trees springing up, normally festooned with lights and dangley things. This is a shot looking along London Wall with a slightly different take on the Christmas Tree. 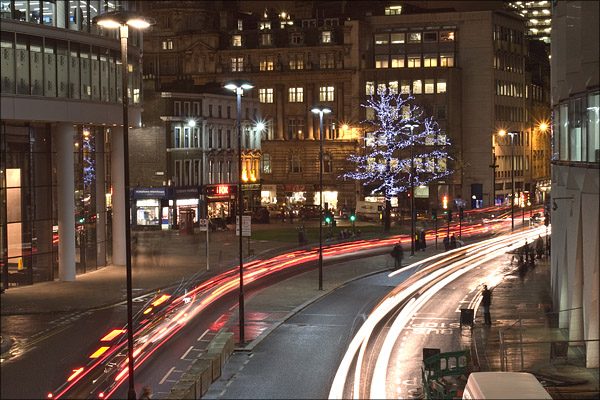 London Wall and a wrapping of lights

Further back we’ve been to Salisbury to pick up Bridget and Dean and bring them back to Brentwood. While in Salisbury we visited the local Cathedral, so you can see a photo from there…or you could if those photos weren’t all at work. The same goes for other photos taken as we walked from Spitalfields to Oxford Street with Bridget and Dean, I must remember to bring them home next week.

Then there is Manchester, way back on the weekend of the 17th November. I was in Manchester for work from the Thursday night until Monday afternoon and Keryn was able to come for the weekend so we could spend time with the Manchester Whanau. With Patty and Sam we took a drive out to Liverpool and saw some of the Scouse sights like The Cavern Club and the Liver Building (in passing). 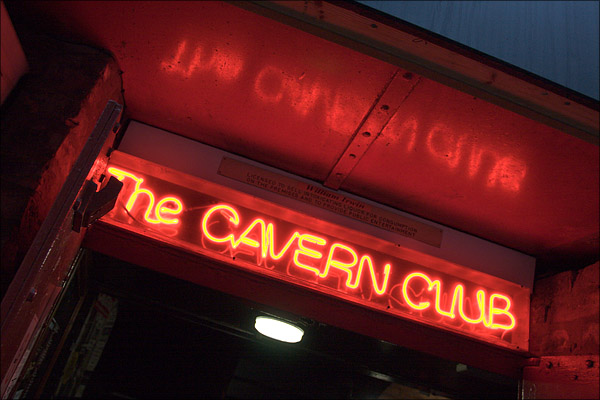 Bright lights of a nightclub with special history in Liverpool

We also went out to Crosby Beach to see the Antony Gormley installation – dozens of statues spread over the beach and being slowly claimed by the incoming tide each day. It was a cold and windy day but we still stayed out for over an hour walking between statues and taking photos. 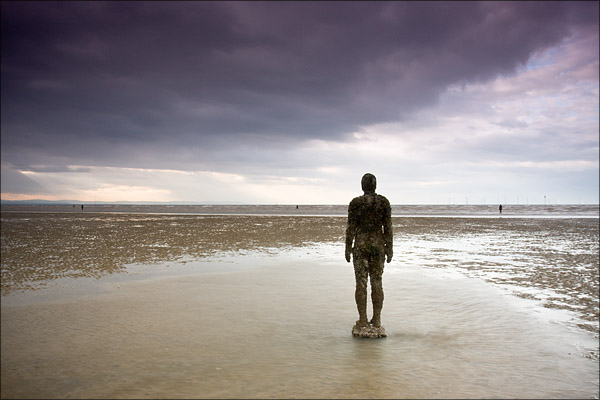 Back in Manchester we had a relax at the flat before heading out to visit the Christmas Market with it’s stay-puff Santa overseeing proceedings. A wander around was followed by dinner at the fast becoming ubiquitous Gourmet Burger Kitchen. 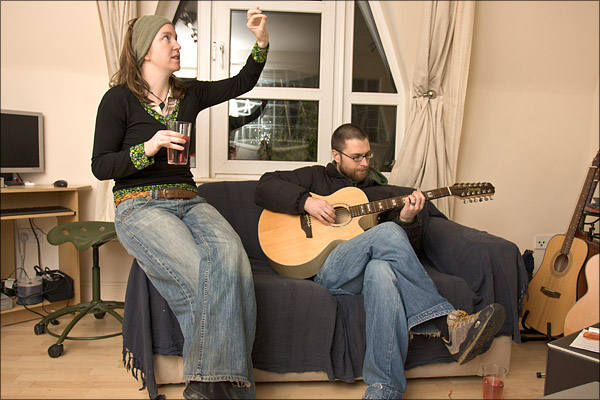 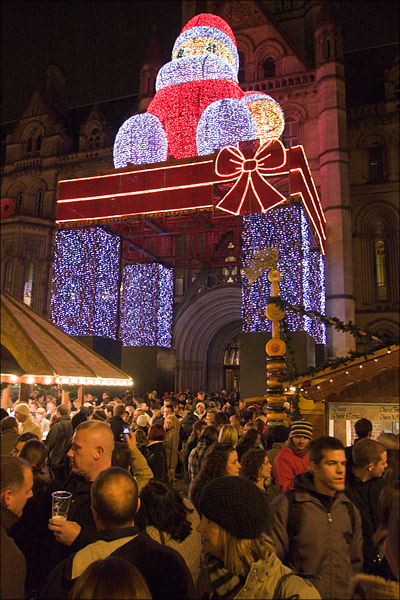 I’m sure there’s more, I recall having a late lunch one weekend with Kathy, Sharon, Corey and Bindi – a mini Africa in Focus reunion for the newly London resident Australians. There has been shopping and tidying and cooking and cleaning and lots of other more mundane things as the time goes on…not long now till we’ll be thinking more about our February NZ visit. 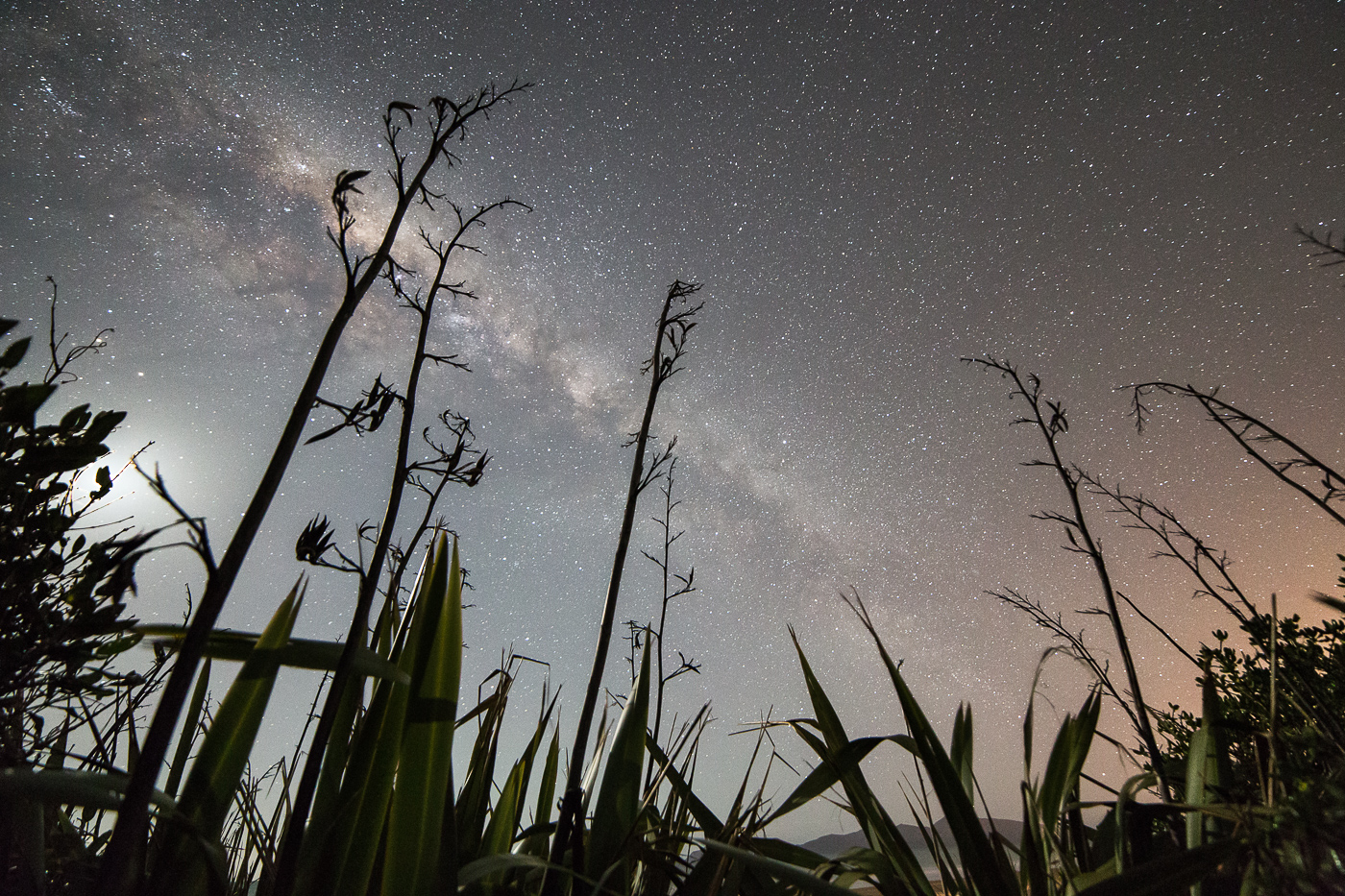 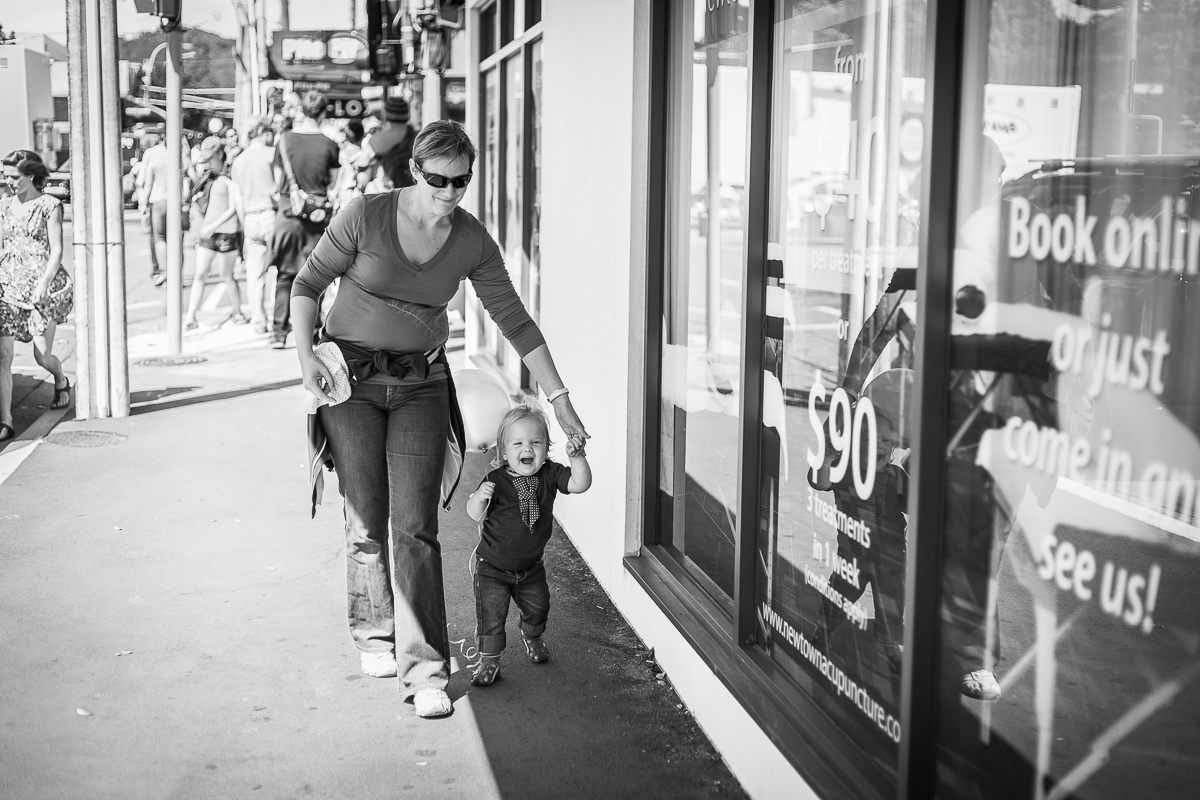