It’s been a busy week just gone. On Tuesday night I went to the Roundhouse in Camden and watched KT Tunstall in Concert. I bought my ticket months ago and Keryn had decided at the time she didn’t want to go so it was just me, my camera and all the other people. It was a good evening, the opening act were a surprise and really good at getting the crowd buzzing and KT herself was funny as well as providing a good sonic performance with her band. 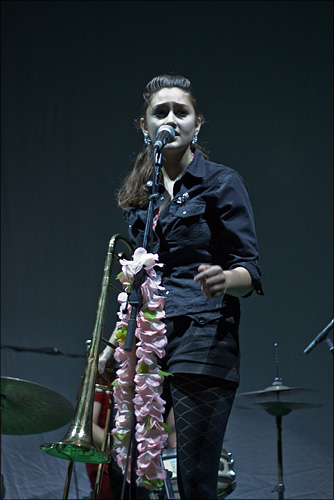 Kitty from the opening act Kitty, Daisy and Lewis 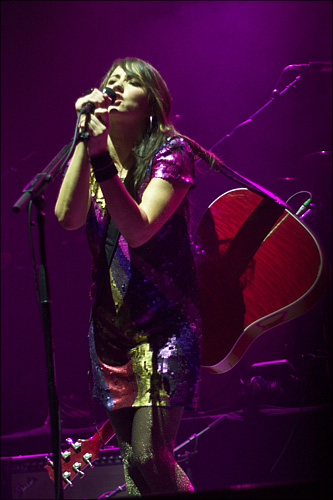 KT Tunstall in concert at the Roundhouse

Wednesday night saw us both heading to the Dome for a concert at Indigo2, the smaller music venue in the Dome. I had been rung on Monday with the news I had won two tickets to see The Eagles perform and after thinking about it for a few days we decided we would attend. It turned out to be a great concert, a bit quiet to start with which I put down to a combination of new songs and a corporate audience (it wasn’t possible to buy tickets, they were all either sold off as corporate packages or given out as prizes). Once the band started playing the older tracks, kicked off with Hotel California, the crowd started singing and there was even dancing in the aisles before the venue ushers laid down the rules.

Thursday we attended drinks after work and a couple of people made redundant all those months ago came out so Keryn came along as well. Another good night was had and Keryn found out that she is still thought about at work, possibly even for positions coming up. We’ll see, it’s all just hearsay at this point.

Yesterday we spent some time in London doing a bit of shopping (remember I said I needed to get some Icebreaker tops?) and we sat down for lunch in Covent Garden. I took a few shots of a woman made up as a clown who was obviously taking a break, texting away on the other side of the square. 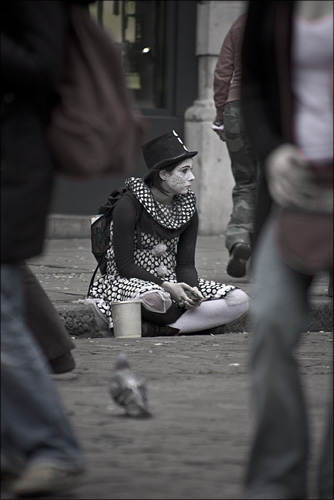 A glum clown at Covent Garden

Jim had texted earlier in the day asking if we wanted to go see a fireworks display and we had agreed so we got home and drove off to pick Jim and Emma up before heading out north east to Mersea Island. Maybe it wasn’t the best fireworks display we’d ever seen but it was good to get out, and the bonfire was quite impressive even from behind a crowd of people and a steel fence barrier. 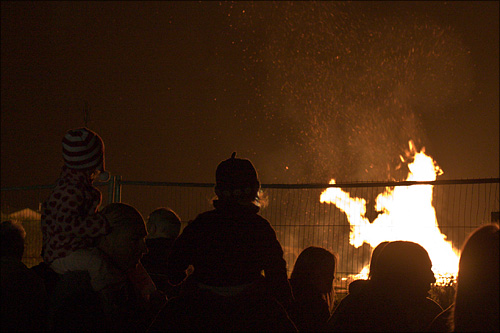 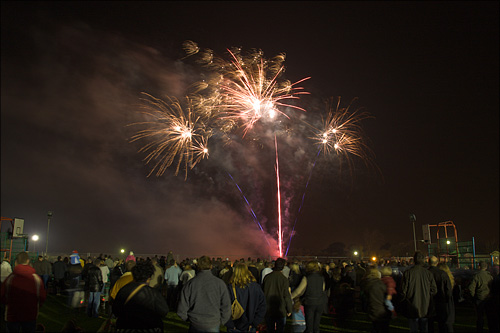 Today I had work for a few hours and then, given it was a nice day, I decided to walk from work down to Temple tube which is the new home for the Speight’s Ale House. The Ale House now resides on the terrace above the Walkabout pub and early on a Sunday afternoon it was quite quiet. Talking to one of the bar staff I found out that this isn’t the final location, they’re only aloud to run the bar in it’s current position until March, so the search goes on for a permanent home. One pint of Speight’s Old Dark and it was off home for the evening. 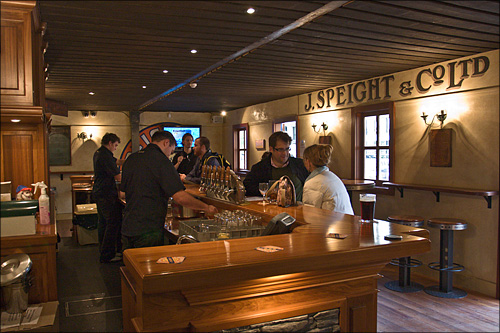 Inside the Ale House 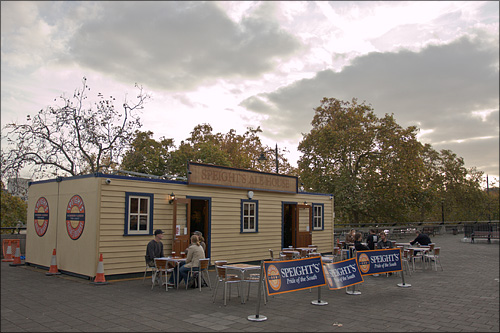 The Ale House at it’s temporary home on dry land