Today I spent a lot of time following the Ship Lida which has carried a Speight’s Ale House across the oceans from New Zealand to London. In the morning I watched as the ship passed through Tower Bridge and then passed back again half an hour later. There were a few photographers around and a helicopter flying overhead and obviously covering the event. 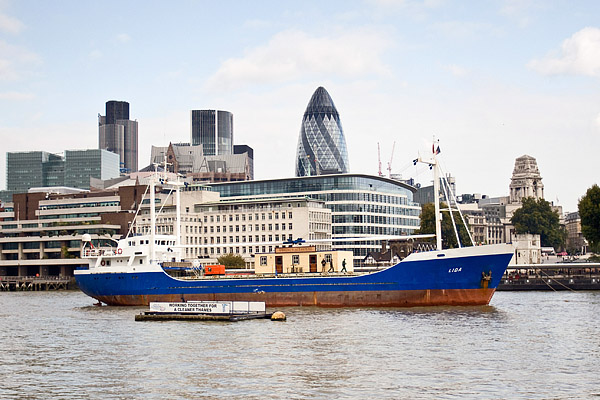 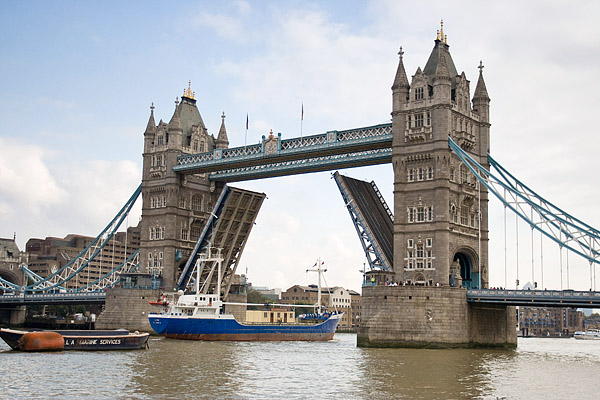 Later in the afternoon I met Keryn for lunch in Islington and we then went to the Intrepid office to book our trip to Cambodia next year (on our way back to England from New Zealand). This done I went off to Docklands to catch up with the Lida as she docked at Thames Wharf. I arrived to watch the Lida being manoeuvred slowly into position. While this was going on I was walking around getting different viewpoints and another photographer started talking to me. Turns out he is a part time photographer and he was covering the event for Lion Nathan. We talked about photography jobs and he asked if I ever wanted to help out with jobs he may have, to which I replied sure! I gave him one of my photography cards and hopefully that’ll lead to some work in the future.

A few minutes after he headed off I had swapped to my big lens and was about to take a photo when the lens dropped off the camera – I have to assume I didn’t screw it in correctly. It fell onto the concrete below and started rolling towards the water…this all took a second or so and I had to quickly kneel and grab at the lens before I lost it to the deep. Thankfully I grabbed it just as it went over the side and didn’t lose anything. Unfortunately lenses don’t like being dropped onto concrete and while the lens is intact it now doesn’t focus and has a large crack evident in the front lens element…that’s what insurance is for I suppose.

After this misadventure my heart went out of taking photos. I walked down to where the ship was docking and stayed around for the arrival ceremony and the crew to make it ashore. I had been given a voucher for a free Speight’s but felt more like going home and that’s what I did. 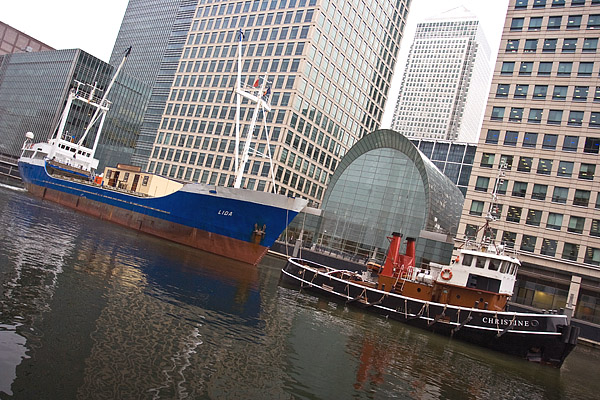 Moving around before docking at Thames Wharf 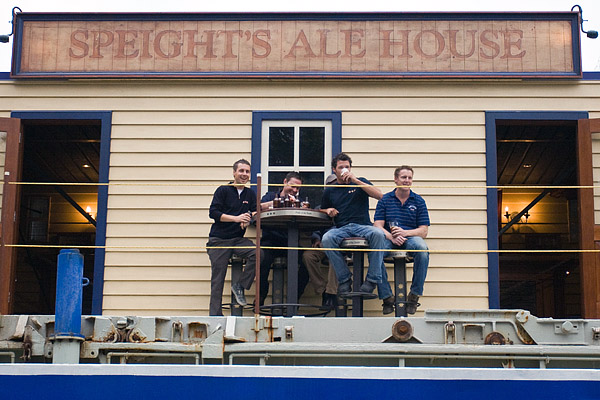 The lads have a last beer on-board