The people who own the London Eye are hosting a photography competition linked to the forthcoming 25 millionth visitor milestone. People have to upload photos that involve the Eye and winners will be chosen to receive prizes (unspecified on the website, identified as cameras and other items on other sites). I already have some nice photos of the Eye so I uploaded a few earlier in the week.

Moon and Eye glow spreading over the Thames

I set out on Tuesday evening to take some more shots on what promised to be a lovely spring evening. I walked from Embankment station and over the Hungerford Bridge to the south bank. The clocks have switched to BST (British Summer Time) on the weekend just gone so there is plenty of light in the sky on a clear evening. The weather was really nice with the temperature not too hot, not too cold, so I was able to walk around without the jacket I’ve been wearing for the last few months. In the hour or so I was walking and taking photos the sun slowly set, the sky graduating for a nice golden spring glow on the horizon to a pale blue in the upper reaches. The sun was setting in such a way that I was able to get some very nice silhouettes of the Eye and the pods.

As the sun disappeared behind the buildings of the West End I walked up to Westminster Bridge past the eye. I think my favourite shot of the evening was one of the Eye appearing to merge with a Salvador Dali Elephant that sits outside the County Hall. I don’t exactly know why I like it so much, perhaps simply because it’s a strange photo.

That was about it, over the bridge I went and down to Westminster Station to catch the tube to Liverpool Street. Hopefully the weather holds for a few days over the coming spring months and I’ll be able to go for more walks soon.

A more traditional shot of the London Eye 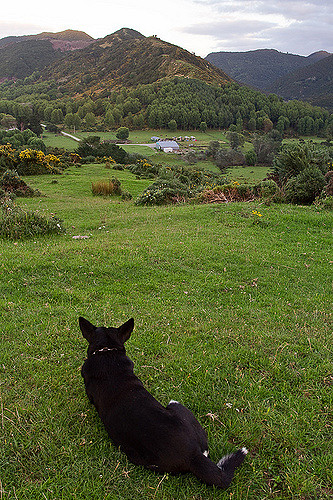