Hopefully I’ll have our photos from the Scotland leg of our Christmas/New Years break up at the end of this week. In the meantime I have a photo from a walk I took along the Thames this morning.

Gary suggested last night that I might want to come in early and take photos of the full moon setting over St. Paul’s Cathedral. This didn’t seem like such a bad idea so I got up at 4.30am, showered and had breakfast and was at the station for the 5.12am train. All was going well and the train arrived at Liverpool Street Station just before 6am.

I walked from Liverpool Street towards work and diverted down by Bank and then along Poultry and Cheapside before heading down Bow Lane (I do like the street names around here). Most of the way down Bow Lane there is a street running across the lane towards St. Paul’s and it was here I was expecting to see the moon over the Cathedral. Unfortunately the weather wasn’t playing ball and all I could see were in the orange glow of the city was a rather grey ceiling of cloud. I fancied I could see a brighter spot that might have been the half hearted efforts of some weakly reflected light trying to break through the clouds but I never did see enough to even verify that the Moon was in fact present.

It was shortly after 6am at this point and I wasn’t due at work for nearly two hours so I simply kept walking and headed down to the Thames and the Millennium Bridge. I’ve seen lots of photos of the Bridge, the Thames and St. Paul’s in the evening light so figured it was probably worth having a go at some pre-dawn shots. I made my way to the center of the bridge and shot some photos looking down towards Tower Bridge and Canary Wharf with it’s flashing capstone light in the distance.

I took more photos as I made my way to the south side of the river and then wandered around underneath the bridge taking more shots. I was using both my digital camera and my film SLR and at one point while swapping them around on the tripod I knocked the lens of the SLR on the railing that formed the barrier between myself and the Thames below, sending the lens cap spinning down to the bank 10 or so metres below. Bugger.

I wandered under the bridge again and took some more photos while looking for any access down below. There was a set of concrete stairs off to my right so I packed up a little and set off to search for the lens cap. I was lucky it was low tide on the Thames and I was able to walk along the river bank and found the lens caps without too much trouble. I did manage to get mud splattered up my work trousers as well but I didn’t find that out till I was at work (it was cold and dark and I was only able to think of a few things – taking photos and keeping warm). Seeing as I was there I took yet more photos, one of which is below.

I made my way back up to the Thames side path and took more photos around the Tate Modern and the bridge. It was then back towards work, stopping to take a few photos of St. Paul’s and in Paternoster Square (before being told by a security guard that tripods aren’t allowed in Paternoster Square). My final stop was at a Church garden just down from work where some scenes from the new movie ‘Closer’ were shot, anyone who has seen the movie should recognise the following photo.

One thought on “Early morning walk” 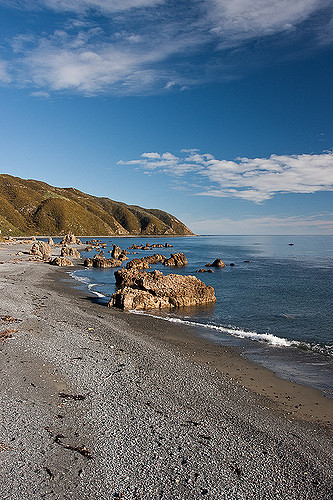