I went and saw Neil Gaiman at Harrods this morning. He had put a note on his blog saying he was going to be there at 11am today, so I dutifully packed a bag full of books before I left for work and … left it at home. So, oh well, I wasn’t going to go. Then in the mail at work I received the new Tori Amos album ‘Tales of a Librarian’. Neil and Tori are friends and Neil appears in a few of her songs, he’s also thanked in the credits. This was a tenuous enough link for me so I organised to have my lunch early and set off for Harrods at half 10.

A couple of tube rides and 20 minutes later and I was at Harrods. Up to the 2nd floor (books, amongst other things) and he wasn’t there, hmmm. A bit of looking at books (I’m there, why not) and then I though ‘Neil’s here to sign for Wolves in the Walls, which is a children’s books, maybe he’s in the children’s section?’. A quick stroll through the Harrods maze and up a couple of flights of stairs and I was in the children’s zone, complete with bright-red costumed staff throwing boomerangs and little battery-powered dogs yipping their way across the floor.

The Gaiman line wasn’t hard to spot. 12 people holding books and comics and dressed in various shades of dark clothing sticks out in the Harrods children’s department. I took my place at the end of the short queue and ended up waiting about 20 minutes before I had my turn talking to the Man. I first gave Neil the CD, which he was more than happy to sign. He had to have a look through the booklet first, he hadn’t seen the finished package yet. He then signed it, as below. He mentioned that it was his recommendation that got track 20, ‘Snow Cherries From France’, included on the final CD. 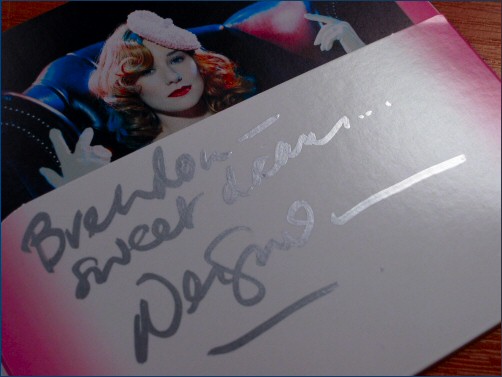 Tori Amos – Tales of a Librarian

Next I gave him my Windy Bunny-of-the-Month-Club Bunny. I had put it in my bag as I left work, I figured that it was Neil’s blog that got me to sign up for the club so I’d get him to sign it. He recognised where it had come from immediately (a stander-by also did, exclaiming ‘it’s a bunny-of-the-month!’) and then sat there for a bit trying to figure out how to sign it. The result is below, you can just make out Neil but I don’t know for how long. At least I’ll know what the black smudge is in a few months, even if no one else does. 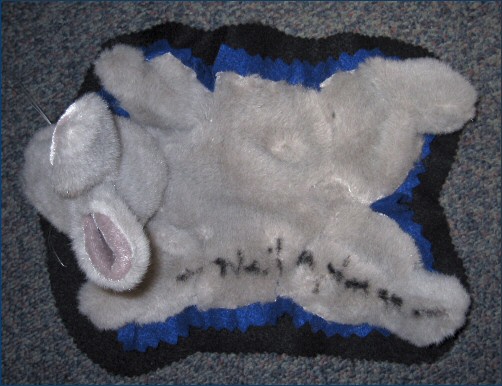 The bunny with Neil graffiti

I then got my photo taken with Neil and ended the brief meeting my discussing which Bunnies I had received and his favourite one (a bunny with a second head off it’s shoulder with big sharks teeth and a carrot inserted inside it’s mouth) before saying goodbye and rushing back to work. Keryn and I are going to a talk with Neil and Dave McKean tonight compered by Jonathan Ross which should be interesting. And, because chances are we won’t get anything signed tonight (there’s going to be 700 people there, I don’t fancy waiting in that queue) I’ll probably end up going to Forbidden Planet to get the books signed tomorrow – that is assuming the signing is not on when the rugby is anyway. We’ll see. 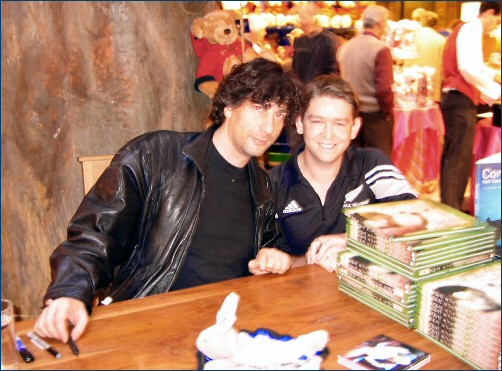 Me and Neil (and bunny and CD in the front) 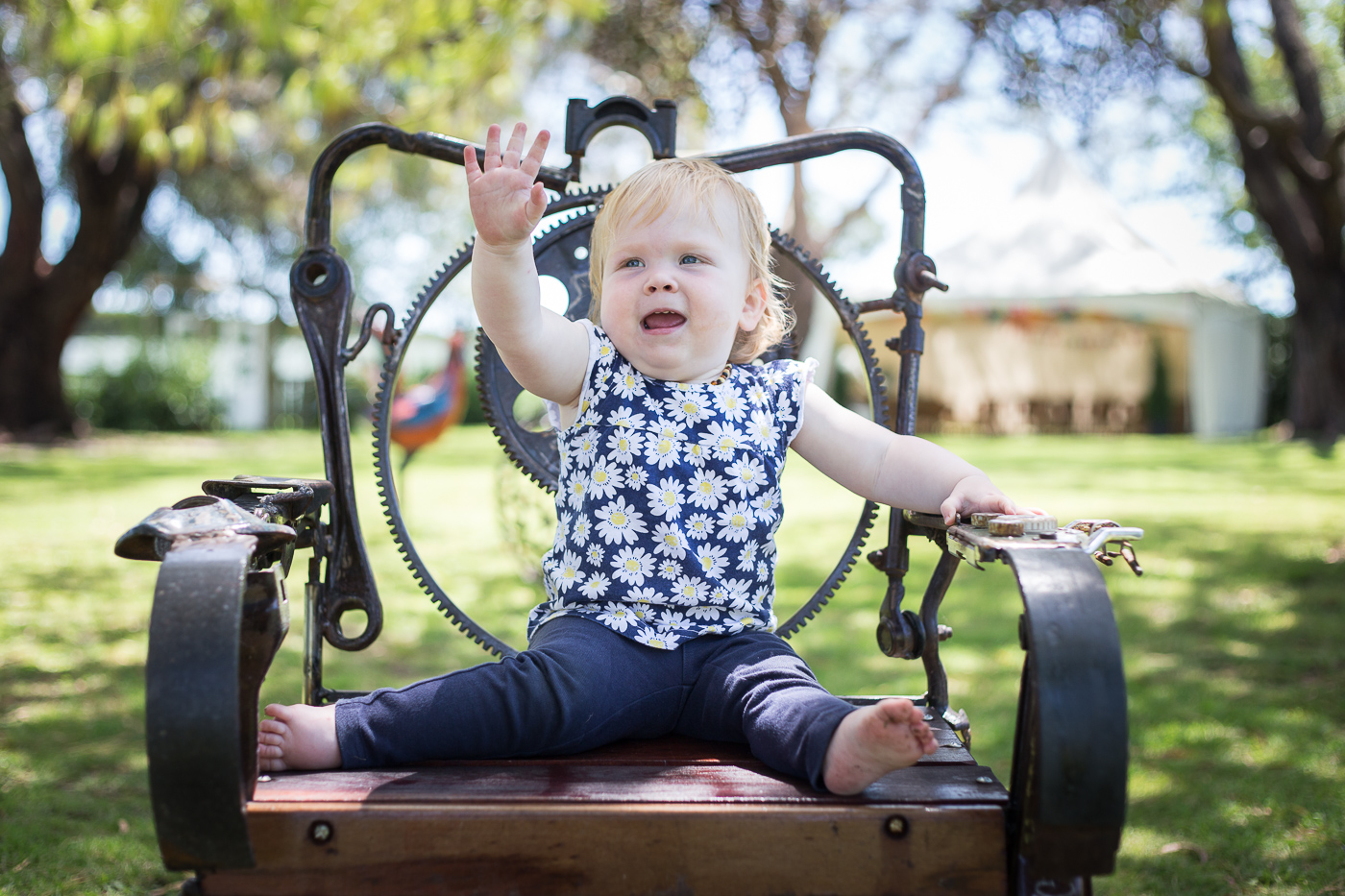 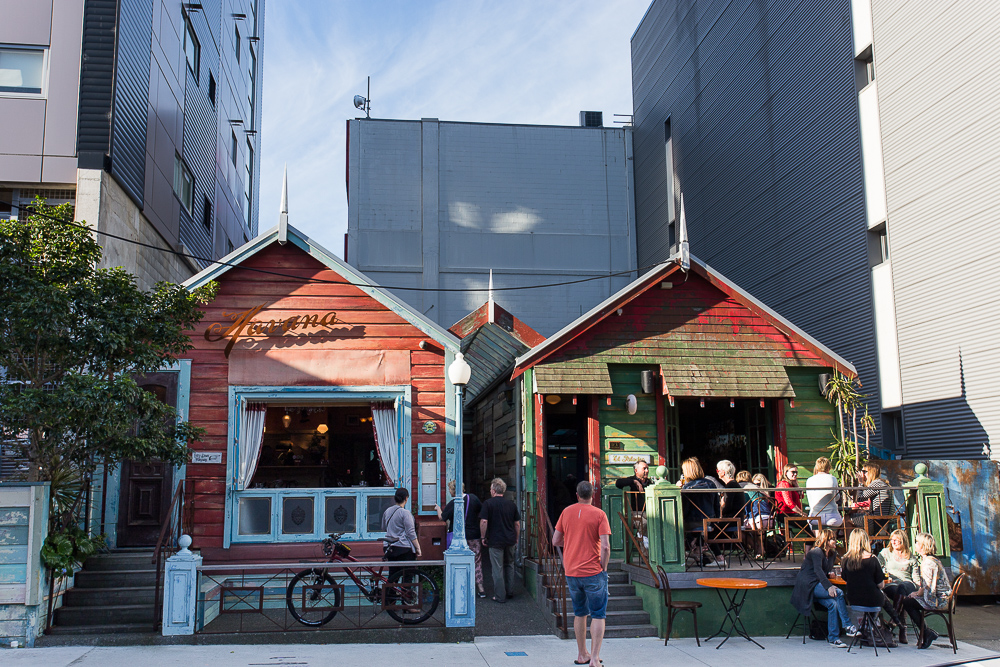