The following may take a while to load. There are no bigger versions of the photos, they’re blurry enough as it is (I had enough problems standing up, let alone be really steady in bad light to take photos).

So, it snowed today. This wasn’t really a surprises, it had been forcast for the last few days. It wasn’t like it was heavy either, maybe a couple of inch’s at its worst (that I saw anywhere anyway). Which meant it was quite a surprise that the city ground to such a halt. Things have already been bad this week as the Central and Metropolitan lines are both closed on the tube. There was a derailment on the Central Line on the weekend and they’ve taken all the trains out of service to replace parts – 11000 odd bolts they’re saying – and both lines will be closed for another couple of weeks. So, for some, things are already bad.
The snow casues more problems, train lines are shut down (generally outside London) which effects more people. However, today, everything just fell apart. From what I saw it looks like a number of trains failed on most lines, I think when they came out from underground (not all of the Underground is underground, especially at the outer edges). this caused trains to back up, so slowly each line became more and more congested and stations started closing from the outside in,

I tried to catch my normal train from Moorgate at just after 7pm. While on the platform an announcement came over saying that all trains were running 40-50 minutes late. The next train was twenty minutes away and was going to the wrong place, and the train after that was also not going my way. So, it was downstairs to the tube platform. Now a bit of luck, a tube train turned up when I got to the platform. It was only going as far as Archway but thats only one stop from my usual stop, Highgate, so thats not so bad, right?,
Wrong! The train moved along fine until we got to Kentish Town, at which point things got very slow. It took 15 minutes to get to the next stop, which was Tufnell Park and I decided to get out and get the next bus, so things would be OK now, right? Wrong again! Outside were hundreds of people trying to listen to a Tube worker give out directions and on the road was a huge tailback of cars. It’s probably about 4 of 5 miles from Tufnell Park to New Southgate and I ended up walking the whole way. It took 1 and a half hours, I’m guessing most of the cars, trucks, buses and other vehicles I passed would take twice as long to get as far. The tailback went all the way along my path home, and down most side streets. On the news at 10:30pm they said that most of London was at a standstill with most tube stations closed and people stuck with no way of getting home as buses and trains were also not running. I’m glad I walked when I did.

These photos were all taken between Highgate Station and home, you can see a lot of buses all over the road, they weren’t dealing at all well with the slippery conditions and were one of the main reasons for all the tailbacks.

As I said, the snow wasn’t overly heavy. Unfortunately where it fell and there was lots of traffic (be it road or footpath) it quickly turned to ice, making movement of any sort treacherous. This is why most buses were stopped either at the top or bottom of hills as above.

At the bottom of the hill leading up to Muswell Hill on Muswell hill Road they were trying to extract this bus from the intersection, with not a lot of luck. The bus was there the whole time I walked along this road, I didn’t see a car move the whole time.

Walking down the side streets of Muswell Hill took me past many snow covered vehicles and streets. It was one step after I had stopped in the middle of a street to admire the peace of it all that I feel over. Only fell over the once though, thankfully, and I never saw anyone else fall. Plenty of slipping and sliding, but no falls. I’ve never seen so many people on these streets, there were quite literally thousands walking home. The ones walking were the smart ones, those hundreds waiting for buses at Tufnell Park, Archway and the places in-between would have been waiting for hours to get anywhere (or even just to get on a bus). They would have had to get out and walk anyway as soon as the bus came to Archway Road, a nice big hill leading up to Highgate.

This is Pages Lane, just down from where we used to live. Still more snow, still more queues.

While walking down Colney Hatch Lane I was passed by one woman fully in touch with her inner child. She walked past me and briefly turned towards me with a huge grin on her face. She was walking quite fast and after she had passed me sped up and then ran for a short bit before sliding a short way. She would then slow down for a bit, then start building speed and repeat the performance. She was actually moving quite fast, fully in control and obviously enjoying herself. She would also put her arms out like she was flying every now and again, having the time of her life. It was wonderful to see, especially having passed many many dour and put-out looking people. I was already in a good mood, happy that I’d managed the way home in the quickest way possible, even if it meant a bit of a walk. Seeing her just made me feel better, it’s good to see people enjoying themselves and making the best of things in times of adversity.
This is shortly after the woman passed me, me crossing the Northern Circular motorway just before walking past Tesco’s. It was quite busy, the motorway that is.

Nearly home now for me, and there’s still a long line of cars crawling their way home. A long night this is for many.

Home, yeah. Just as well I made a lasagne the other night so we didn’t have to worry about cooking tea. Keryn had a long trip home as well, she was working out near Oxford today and it took her 3 and a half hours to get home from there. So we’re now home, safe and sound, feeling full and a bit tired. Goodnight. 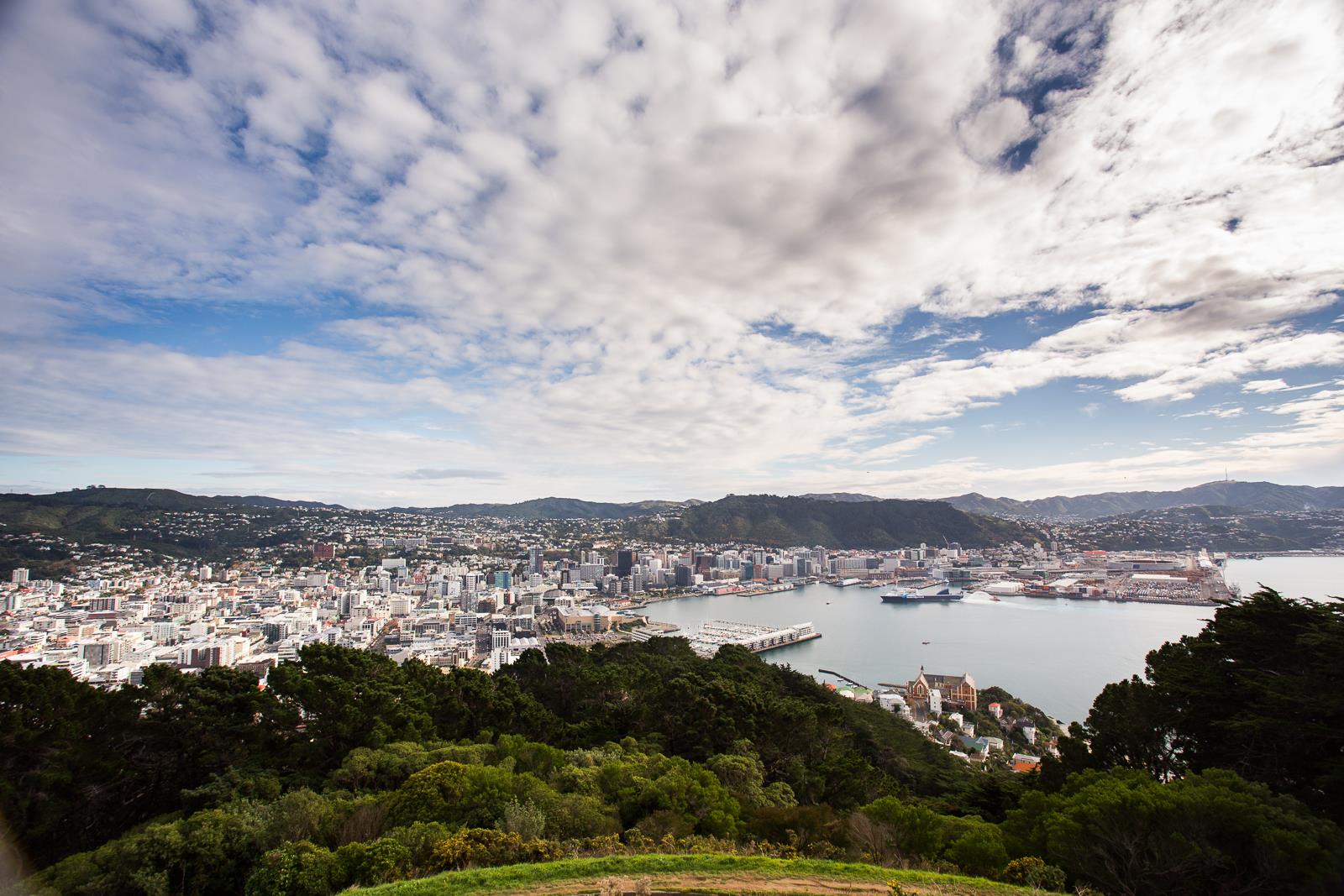