Hi, how is everyone? We’re both good, a little cold at times, but good. Autumn is here, the weather seems to have missed it and thinks its winter, but otherwise its all OK.

We went to the Return to Camden concert last night. The line-up for the night had four different acts, the only one we knew being Cara Dillon. We set off at about 7.30pm and caught the bus all the way to Camden. We then had to walk for a while down the road to get to the London Irish Center where the event was being held. Actually, the night was part of a ten day festival of all things Irish, we were just going to the one night.

We got there just on time (it was meant to start at 8.30pm) and after some mild confusion over our tickets we made our way into the building and found the performance hall. It really just was a hall, kind of like a community hall really. There was a bar along one wall, a low stage set up in the middle of the long side and rows of chairs set up in a shallow concave curve facing the stage. We grabbed a couple of drinks and then found two seats on the right hand side and settled in.

The first act was a double act really. Pat Connolly and Seamus Brogan are both tenors, Pat specializing in Irish language song and Seamus in English language song. They took it in turns to sing, both unaccompanied, traditional Irish tunes. Generally the songs were quite sombre in nature, but they both finished with uplifting tunes. They only sang three songs each, so weren’t on stage for long, I think they were forced to cut things a little short as proceedings had started a little late.

Once they were finished there was a short break and then we had the next pair, Colm O’Donnell and Garry O’Briain. Colm was the main act, Garry there playing accompaniment of the guitar. Colm and Garry are both very talented, Colm playing various flutes and pipes and also singing while Garry played along with his guitar. Colm was also very chatty in between songs, telling us tales about the songs and his life back home on the farm. One particularly long chat was to do with a lamb that was a household pet for a while and was also the subject of his next song. Both the story and the song were very funny.

Before too long Colm and Garry were finished and there was another short wait while the roadies set up for Cara’s set. Cara was joined on stage by three others, one on upright bass, a young man on keyboards and a guitarist/violinist who also did some background singing (I can’t remember any of their names, Keryn thought the guitarist was cute, does that help?). Anyway, Cara was lovely, the singing absolutely amazing and the songs were great. Most of the music was off her debut album with three new songs and one song that featured in the recent Billy Connolly World Tour of England, Ireland and Wales TV series. The song off the TV, We Were Roses, is a beautiful but incredibly sad song about the Protestant and Catholic troubles in Northern Ireland, there were many people wiping away tears when she had finished.

Cara and band played for about an hour and came back for one encore before it was all over. It was 11.30pm by this time so we didn’t stick around. In hindsight I should have brought along something to be signed, as we left Cara and band were standing in the foyer talking to people so it would have been easy to have a few words. They were selling CDs as well but I’ve already got Cara’s and will put off any others till later. You can download some songs off of Cara’s website here, including We Were Roses.

So, that was it. It was quite cold outside so we walked off briskly heading back into Camden to catch the bus. On the way down from the venue we disturbed a young looking fox standing on the pavement of a side street, it was just standing there looking unsure of itself. It’s the closest we’ve been to a fox and the first fox we’ve seen in London. We actually came across some foxes while driving the back streets of Bath last year but that’s the only other ones we’ve seen. After that is was just down to the bus stop, a quick scare with a drunk guy approaching us, but he was just looking for directions and then the bus home. All in all a good night, hopefully we’ll go again next year as well.

Photos of the festival are constantly being added to the Return to Camden website so there should be some of last night up in a couple of days here. 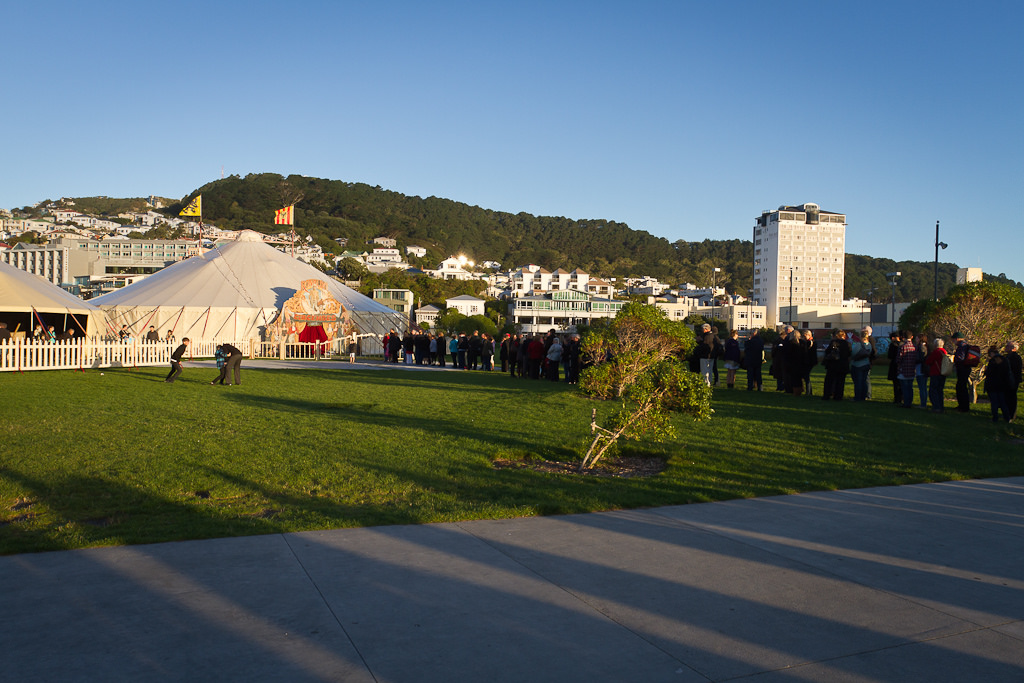